The 33-year-old midfielder tearfully announced last month that he will leave Barcelona at the end of the season after 22 years with the Spanish powerhouse.

Iniesta was expected to move to Chongqing Lifan but the Chinese Super League side's president Jiang Lizhang has denied Iniesta's arrival is imminent.

Reports out of Spain say that Kobe, where ex-Arsenal and Bayern Munich forward Lukas Podolski is currently playing, are prepared to offer Iniesta a three-year deal worth 25 million euros annually.

Hiroshi Mikitani, CEO of Barcelona's jersey sponsor Rakuten, the company which operates Vissel, is said to be involved in negotiations between the two parties. 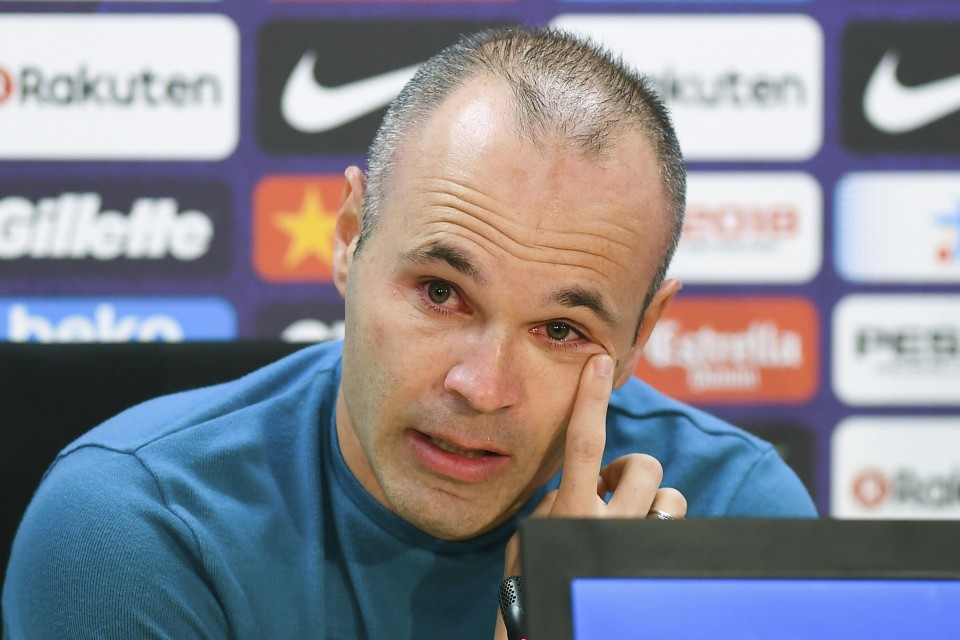 (Andres Iniesta could be on his way to Japan, according to Spanish media.)
[Getty/Kyodo]

Spanish radio host Jose Ramon de la Morena told "El Transistor" Monday that he has spoken to Iniesta, who confirmed he has not signed with any team yet but is considering two offers, one of them from Vissel Kobe.

Spanish newspaper El Pais said Iniesta also had offers from the United States but his three-year agreement is "almost completed" and "that destination will be Japan."

He also scored the extra-time winner against the Netherlands in the 2010 World Cup final in South Africa, securing Spain their first World Cup.