A rare series of sketches featuring "Astro Boy," the robot character created by late Japanese manga artist Osamu Tezuka, fetched a record 269,400 euros ($322,300) for works by the artist at an auction Saturday in Paris.

Auction house Artcurial said the successful bid was nearly five times the estimated bid price of between 40,000 to 60,000 euros. 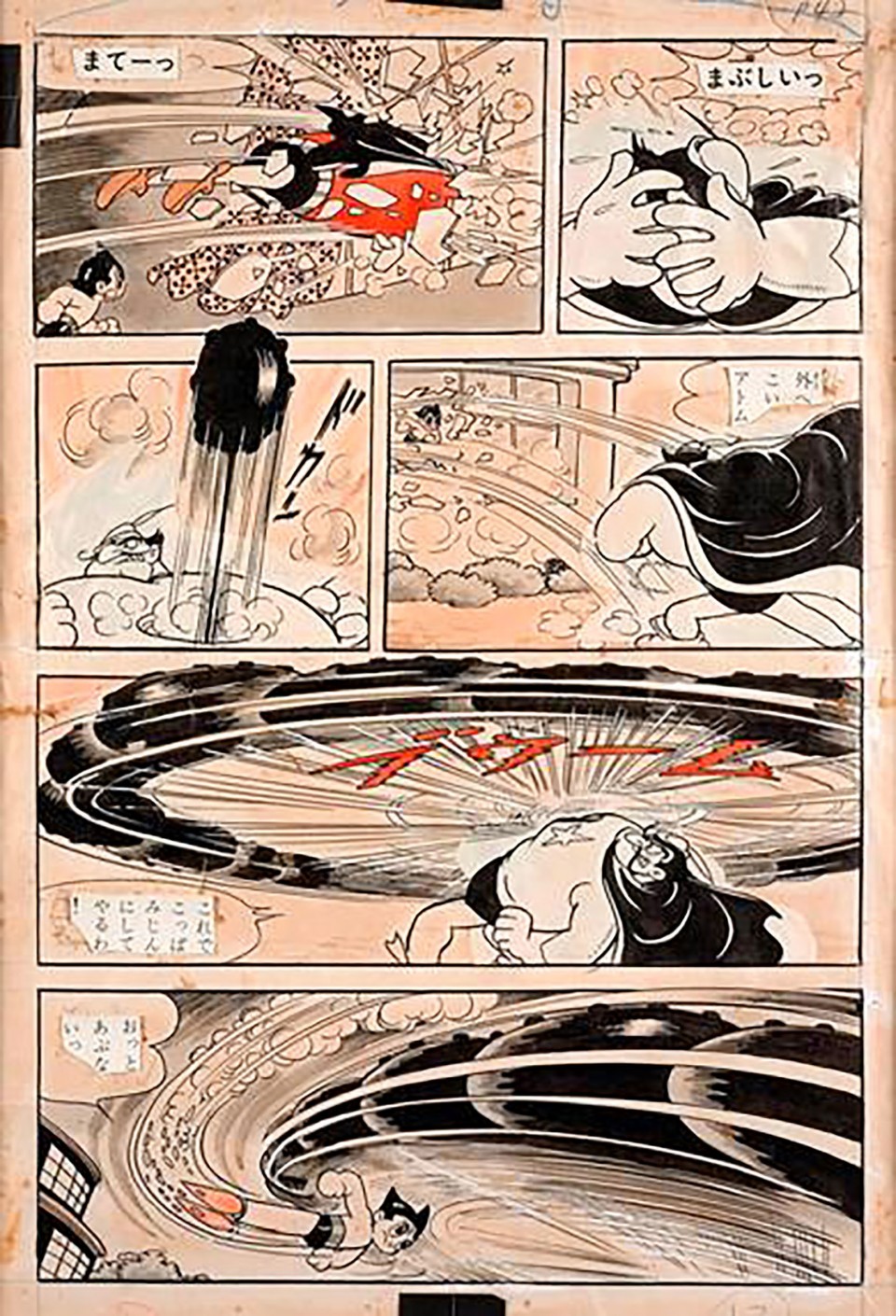 Artcurial said it is very rare for the original drawings of Tezuka (1928-1989) to be auctioned, and that the successful bid was likely the largest ever for the cartoonist's work.

The drawings comprise six panels of a page of a comic and depict Astro Boy's fight with an enemy. They were published in a manga magazine in Japan around 1956 or 1957.

The winning bidder was a Europe-based collector.

Astro Boy tells the adventures of a boy android with human emotions. The sci-fi manga series was serialized from 1952 to 1968 and was also adapted as an animation series. The work has many fans in Asia and beyond.