Tomoyuki Sugano may be the best pitcher in the world who isn't in the major leagues, but the 28-year-old Yomiuri Giants star intends to rectify that situation.

Last season's winner of the Eiji Sawamura Award as Japan's most impressive starting pitcher, the soft-spoken right-hander has had the majors in his sights since he starred at Tokai University. But when he had the chance, he instead chose the Giants, where his uncle Tatsunori Hara, was then the manager.

"He wanted to go to the majors more than anything, but that proved too difficult given his family connections," said a source familiar with the situation in 2011, when he delayed turning pro rather than sign with the Nippon Ham Fighters.

To remain eligible for the 2012 draft, when the Giants alone would pick him, Sugano stayed out of baseball for a year. Asked if he still has that desire to play abroad, Sugano said, "Yes. I still do."

"No matter who you are or how you look at it, the major leagues are at a higher level (than Japan)," he said. "I love baseball. I think it's only natural that when there's something you love doing more than anything else, you think about doing it at the highest level you can."

Sugano has been on the radar of major league scouts since before he starred for Japan in the 2017 World Baseball Classic, culminating in his scintillating 2-1 semifinal defeat to the eventual champion United States. But since then, he has raised his game a notch.

He had a brilliant 2016 season, leading the Central League in Earned Run Average and strikeouts, while walking 26 batters -- the fewest of any pitcher who qualified for the ERA title. Yet, Sugano's 9-6 win-loss record dismissed him from consideration for the Sawamura Award. His 2017 season was essentially the same, but with a 17-5 record, making him an easy pick for the award's selection committee.

Sugano said pitching for Japan in the WBC made a difference.

"I think the biggest thing was pitching (the semifinal) at Dodger Stadium, it raised my motivation to another level," Sugano said.

Over six innings, Sugano allowed two runs, one earned, on three hits and a walk, while striking out six. His 16 strikeouts tied him for the tournament lead with SoftBank Hawks right-hander Kodai Senga, who was named to the all-tournament team. 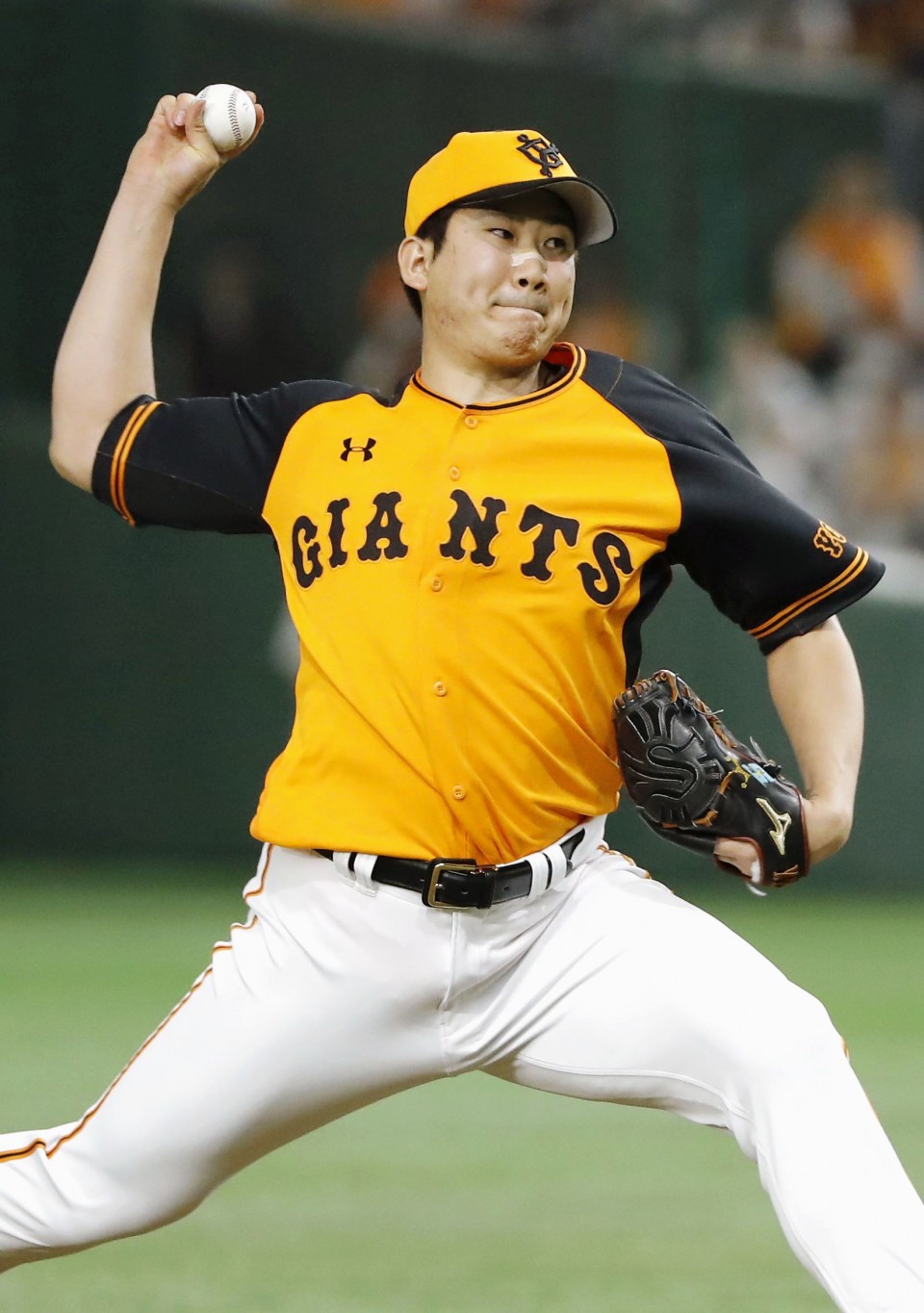 Six Asia scouts for major league baseball, asked which players in Nippon Professional Baseball could make the biggest impact in the majors, cited Sugano as the top pitcher, and the second player, after Hawks center fielder Yuki Yanagita.

The scouts love not only his plus fastball, but his excellent command of all his pitches, his control and -- since 2016 -- his toughness and competitive fire. His ability to throw any of his pitches for strikes in any count, reminded one scout of New York Yankees ace Masahiro Tanaka.

This season, however, scouts worried about Sugano's first two starts, both ugly losses, but since then he has rebounded. After giving up 10 runs in his first 13 innings, Sugano allowed three over his next 43 frames.

"I didn't feel well at the start of the season, and the results weren't good either," he said. "But my health has recovered and with it, my performance has stabilized. My body felt heavy. Now I feel like I'm most of the way back."

Yet despite being in top form again, and with major league clubs keen to sign him, Sugano is going to remain in NPB at least until he finishes his ninth pro season in 2021. That is when Japan's current rules would allow him to file for unlimited free agency.

By that time, Sugano will be 32. In contrast, Yu Darvish, Tanaka, Kenta Maeda and Shohei Ohtani all moved to the majors well before their 30th birthdays. They were able to go early because their teams sold those players' signing rights through the posting system, a process the Giants have vowed never to use.

So for now, Sugano has his eyes on the games in front of him until that day comes when he can finally take on the major league challenge.