Prime Minister Shinzo Abe hinted on Friday at the possibility of meeting with North Korean leader Kim Jong Un if it leads to resolving the issue of past abductions of Japanese citizens by the North.

Abe also said such an opportunity could only follow successful talks between Kim and U.S. President Donald Trump next month, which would raise expectations for an overall resolution of the nuclear issue on the Korean Peninsula. 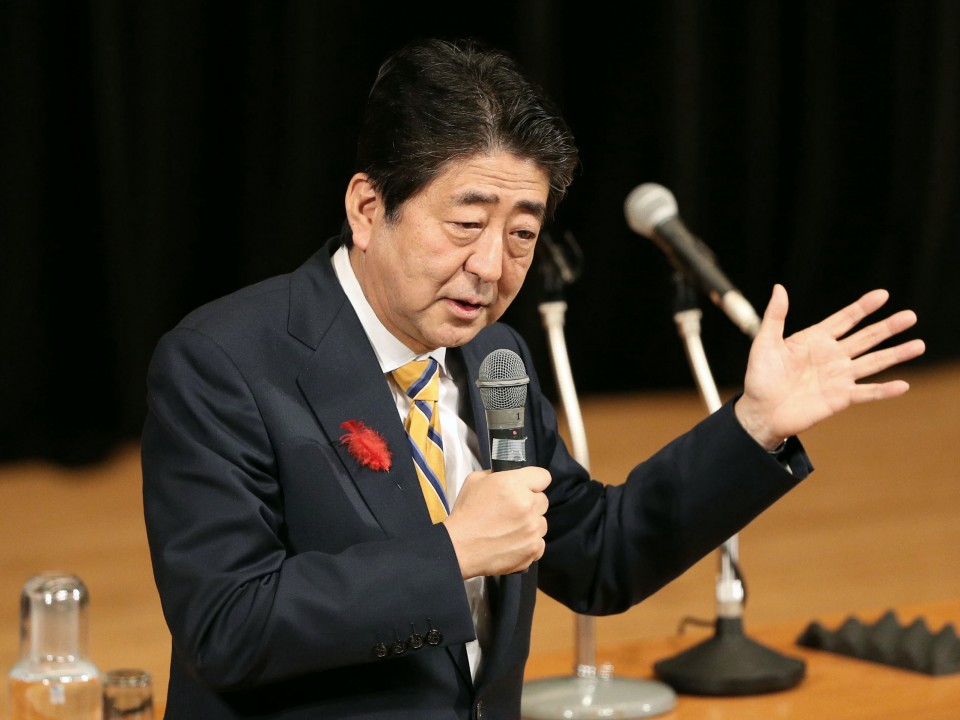 "Normalizing diplomatic relations with Japan is an extremely important step for North Korea to tread a right path in the international community," Abe said on a TV program, stressing he hopes Kim will not be satisfied only with holding talks with the U.S. and South Korean presidents.

But he also said Tokyo will not normalize diplomatic ties with Pyongyang before resolving the issue of the abductions of a number of Japanese citizens by North Korean agents in the 1970s and 1980s.

While denying there will be any provision of economic support to North Korea for the time being, Abe said Japan would have to share with the international community the cost of nuclear inspections by the International Atomic Energy Agency in North Korea.

With Trump announcing Thursday he will meet with Kim in Singapore on June 12, Abe said, "It depends on Mr. Kim whether progress can be made on the abduction, nuclear and missile issues. I hope Mr. Trump will make a breakthrough to achieve our goals."

He later told a Diet committee, "It's extremely important to make sure (the international community) keeps pressure on North Korea so that there are no loopholes."