A controversial play by a Nihon University American football team became a police matter Monday as the family of an injured player filed an official complaint.

The dangerous tackle against a Kwansei Gakuin University quarterback has sparked nationwide criticism and led Nihon University coach Masato Uchida to announce his resignation in a meeting with the media on Saturday, but he did not say whether he had instructed foul play.

Uchida went to see the injured player and school officials in Hyogo Prefecture, western Japan, to offer an apology prior to speaking to the media.

"We were not able to hear the truth" from Uchida in the meeting with the press, said Yasutoshi Okuno, father of the injured player, at a news conference.

"I was hoping the coach would at least mention why the player fell into a situation like that," he said, adding his son is now back practicing with the team. He declined to name his son.

Okuno, a 52-year-old member of the Osaka city assembly, said he may file a criminal complaint if Nihon University handles the matter inappropriately.

Nihon University responded earlier to a question from Kwansei Gakuin University about why the dangerous tackle occurred, but Kwansei Gakuin said the response did not include an adequate explanation and the relationship of trust between the two schools has been completely "destroyed."

Okuno had said in a statement on Sunday, "I am confused as there was no explanation about why the Nihon University player acted in that manner and whether he had been instructed."

The player who injured the quarterback will hold a press conference in Tokyo on Tuesday, according to his representative. The player is expected to say the controversial play was on the instruction of Uchida, according to a source close to the matter.

During the regular match on May 6 in Tokyo, the Nihon University player tackled the Kwansei Gakuin University player from behind long after he had released the ball. The tackled player sustained ligament damage in his spine that will take three weeks to heal.

Kwansei Gakuin University and Nihon University, also known as Nichidai, have long been archrivals in the collegiate national championship.

The Kantoh College Football Association has suspended the Nihon University player, who committed three personal fouls including the dangerous tackle in the game, from playing in upcoming games.

A video of the play went viral and sparked a backlash in Japan, prompting many schools to cancel games against Nichidai. The government's Japan Sports Agency also launched an inquiry over the case.

"We want to know what led to the dangerous tackle rather than (hear about) a resignation," JSA chief Daichi Suzuki told reporters late Sunday. 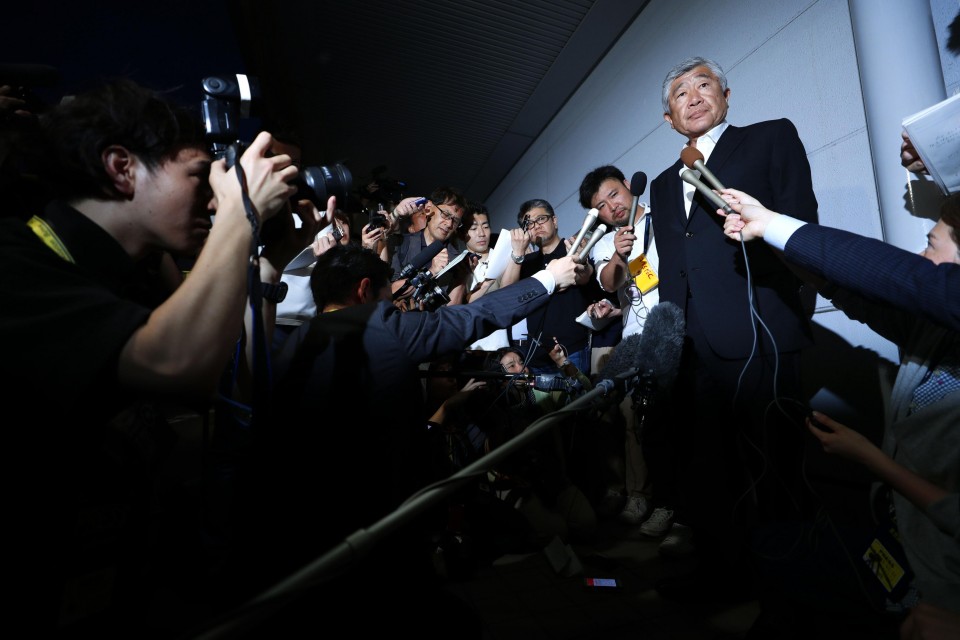 (The case of coach Masato Uchida and Nihon Univ. has been turned over to the police.)