Abe said after a phone call with Trump that they had agreed to cooperate to make the summit between the U.S. president and North Korean leader Kim Jong Un meaningful.

"We agreed to meet before the U.S.-North Korea summit," Abe told reporters.

Trump and Kim separately expressed their readiness over the weekend to meet on June 12 in Singapore as originally planned, although the U.S. president had called off the summit on Thursday.

Following Trump's recent back and forth on the holding of what would be a historic summit, the Japanese government has been seeking information to understand what the president's intentions are.

Abe told reporters he was briefed by Trump about recent developments regarding the summit but did not elaborate. 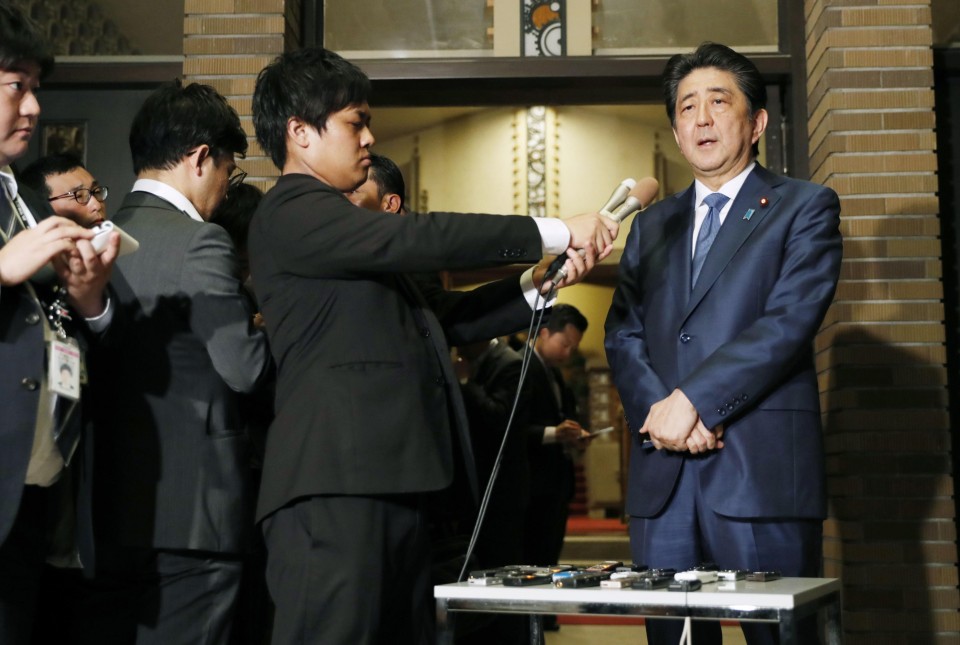 (Abe speaks to reporters after phone talks with Trump)

Details such as when and where Abe and Trump will meet will be worked out, a senior Japanese government official said.

Government sources have said Abe may visit the United States before a summit meeting of leaders from the Group of Seven industrialized nations in Canada on June 8 and 9.

Japan has been aiming to resolve the North Korean nuclear, missile and abduction issues.

Together with the United States, it has stressed the need for North Korea to dismantle all weapons of mass destruction and missiles in a complete, verifiable and irreversible way.

Since taking office, Abe has been seeking to resolve the issue of Japanese nationals abducted by North Korea decades ago, making it his administration's priority.

Hours after meeting with some family members of the abductees on the day, Abe said he "conveyed their feelings" to Trump over the phone.

"I told him that it's absolutely necessary to resolve the issue," the prime minister said.