At a hastily called press conference along with assistant coach Tsutomu Inoue, Uchida said Taisuke Miyagawa's illegal hit on Kwansei Gakuin University's quarterback on May 6 was the result of a miscommunication. On Tuesday, Miyagawa said at a press conference that Inoue had relayed a message from Uchida that the player would receive playing time if he "crushed" the quarterback.

"I absolutely did not use those words," Uchida said.

Inoue admitted using those words when he relayed Uchida's message to the player, but said, "I never instructed him that the purpose was to injure someone."

Miyagawa hit the opposing quarterback from behind well after he had released the ball in a flagrant violation of the rules but stayed in the game, which Inoue said should not have happened.

Uchida said the team policy was to always play within the rules, and that he never expected any players to commit flagrant fouls.

"Miyagawa is a player of ability with a future. I want him to do more and more," Uchida said. "My thinking was he would do everything within the rules. I couldn't believe something like that could happen." 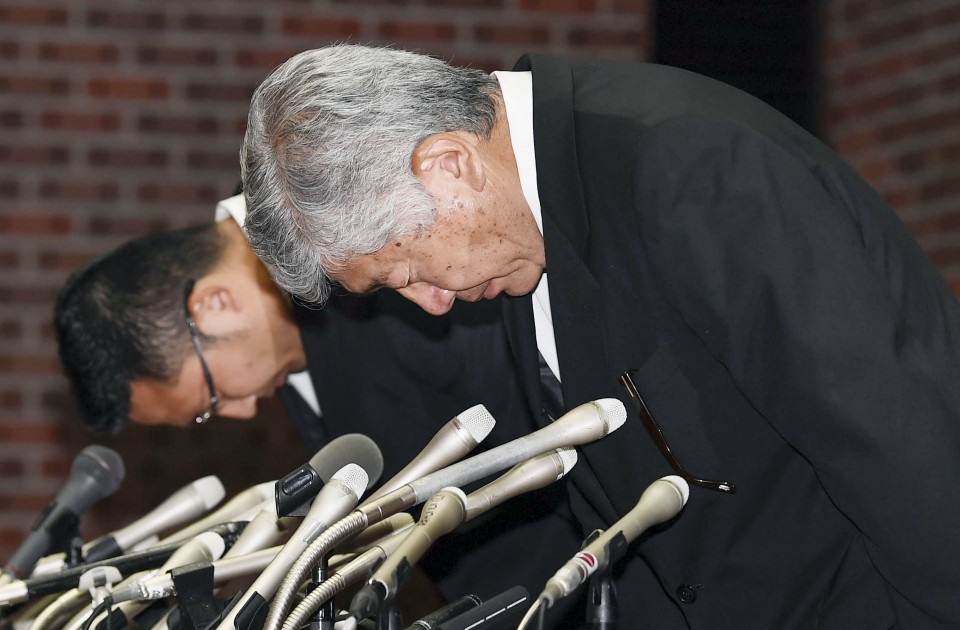 (Uchida, right, and Inoue bow in apology but deny ordering a dirty hit)

"He was under unbelievable pressure," Inoue said. "More than being his decision to do that, I believe he had no choice but to go all out."

At the start of the press conference, both Uchida and Inoue apologized to the injured player, his parents and Kwansei Gakuin.

After the press conference it was revealed that Uchida has temporarily been suspended from his position as a managing director of Nihon University, while Inoue will quit as coach of the American football team. 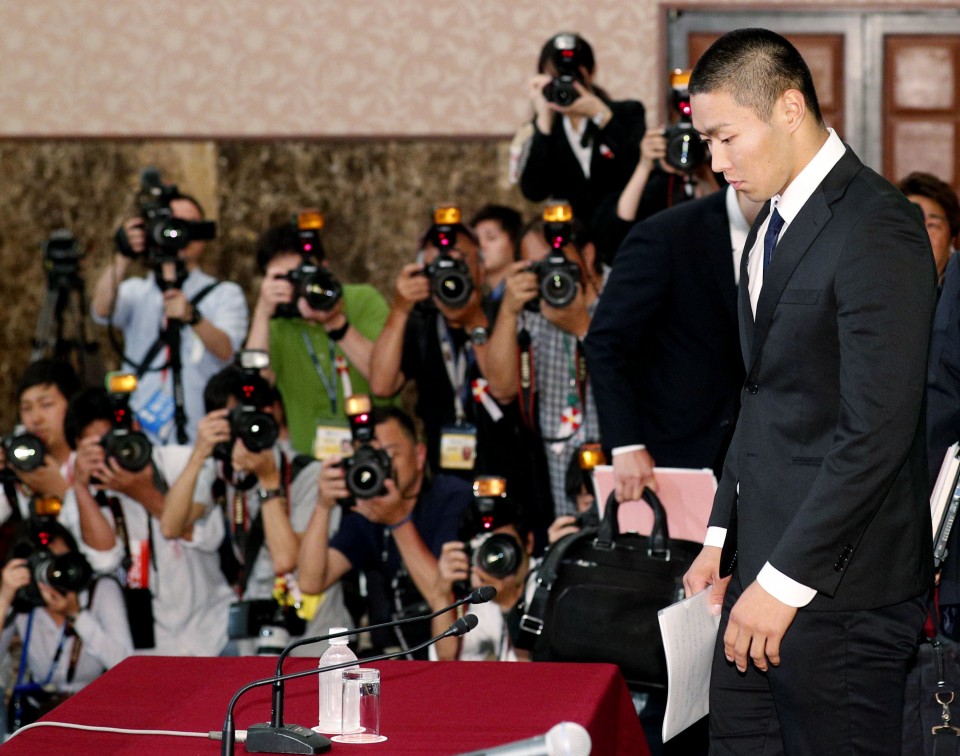 (Miyagawa has said he was ordered by his coaches to "crush" the rival team's star quarterback.)