Already known for its boutiques, bars, restaurants and that famous "scramble crossing," Shibuya's appeal as a destination for foreign visitors is being given a further boost by its local tourist association, which has begun tours to introduce the area's nightlife -- from backstreet izakaya pubs to the "love hotel" quarter.

The tours, which give tourists a taste of Shibuya after dark, are also aimed at boosting the nighttime economy.

Starting from Hachiko Square, a popular meeting place, they take in a number of landmarks, including a local shrine, the Shibuya Hikarie shopping complex and the much filmed and photographed pedestrian intersection in front of Shibuya Station."

"I have never seen anything like this," Emi Estrada, a 70-year-old solo traveler from the United States, says as she is guided by Shogo Nomura, 24, to Nonbei Yokocho (Drunkard's Alley).

Nomura explains the history of the narrow, untidy strip of tiny bars and restaurants, decorated with "akachochin" red lanterns, which dates back to the postwar period.

"I was able to see a side of Shibuya that I could not have seen on my own," Estrada said after the tour, adding, "I enjoyed the gleaming buildings and trains and buses passing by." 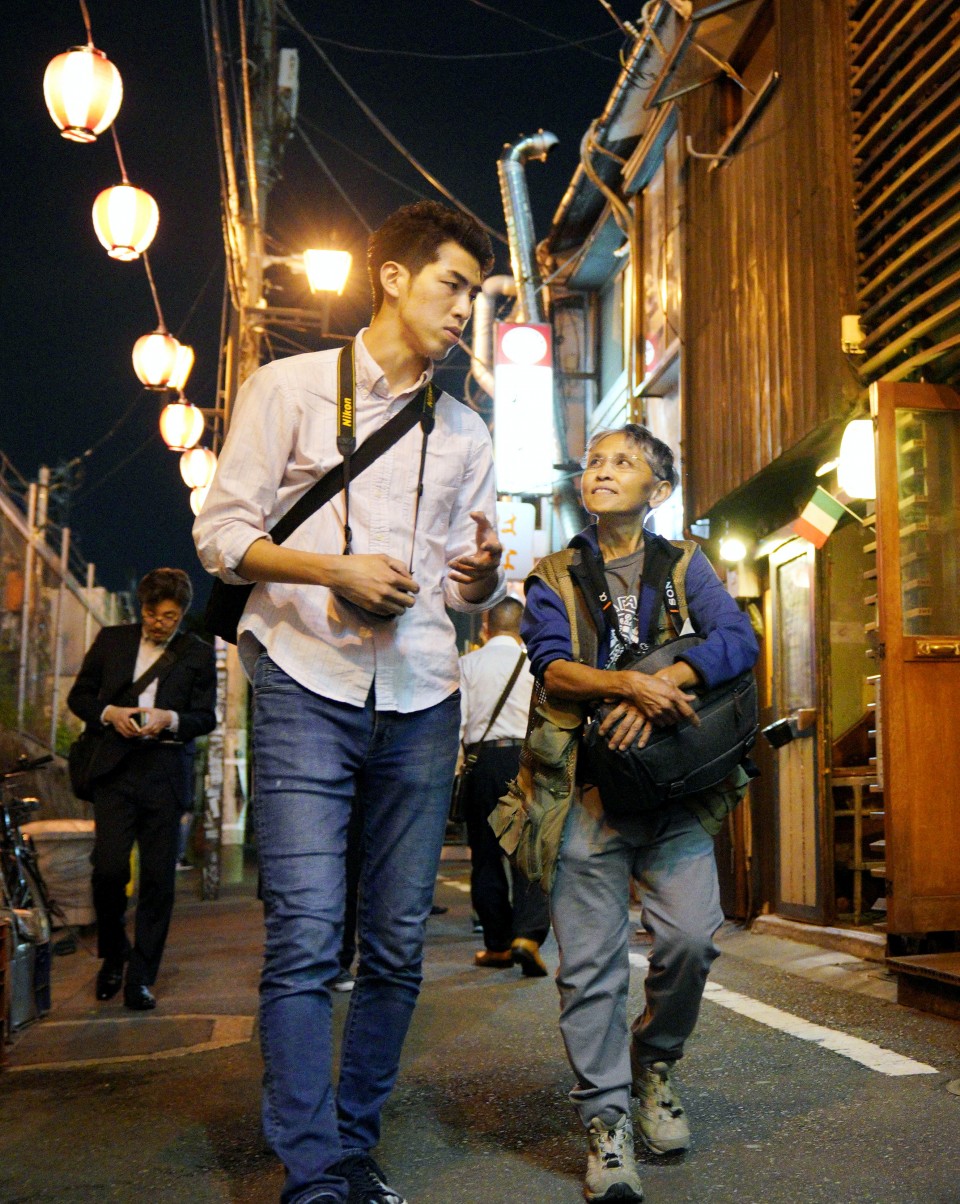 (Emi Estrada, right, listens to guide Shogo Nomura as they walk past pubs in the back streets of Shibuya.)

While various other guided tours of the area are available, what makes this particular tour unusual is that it is hosted by Shibuya City Tourism Association Inc., which started the English-language nightlife tours in April. According to the Japan Tourism Agency, it is rare for a local tourism association to conduct night tours.

One of the night tours includes the chance to savor Japanese food and drink, including sushi, takoyaki -- balls of diced octopus cooked in batter -- and sake.

Nomura says he sometimes goes out with his customers once his work is done. "After the tour, there are times when I'll be invited out for drinks by the foreign tourists."

Describing what motivated the association to launch tours of the area's nightlife, spokesperson Kyoko Hori says, "People used to say Shibuya is only for taking photos." However, the area's clubs, bars and other nighttime attractions are still relatively unknown to foreign visitors, Hori believes. 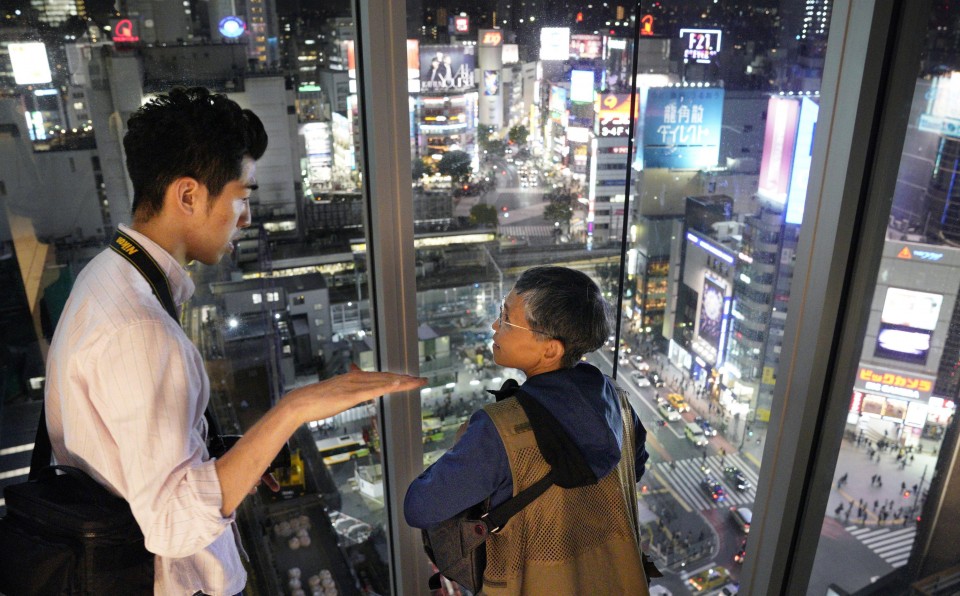 (Nomura and Estrada get a bird's eye view of Shibuya.)

The association's plan to start evening tours were realized when the country relaxed its regulations earlier this year to allow non-certified tour guides to offer paid services.

Japan has noted the economic boost that a thriving night scene brings other countries. When London started operating subway services around the clock on weekends, for example, the positive impact on the city's nightlife is said to have had economic benefits for the British economy worth 4 trillion yen ($36.39 billion), according to the Japan Tourism Agency.

Hori said the Shibuya Tourism Association is considering other measures for boosting the nighttime local economy by collaborating with restaurants and other businesses in the area.

"We hope more foreign people will become a part of Shibuya's nightlife," she says.

Anyone wanting to go on one of the tours can apply at a tourist information center near Hachiko Square in front of Shibuya Station. Prices start at 1,000 yen for a one-hour tour, while a two-hour tour, excluding food and drink, costs 3,000 yen.