North Korea has disregarded South Korea's roster of journalists planning to attend a ceremony for dismantling the Punggye-ri nuclear test site next week, Seoul's Unification Ministry said Friday, in another possible setback to the recent thaw between the two Koreas.

The move comes just days after North Korea suddenly canceled a ministerial-level meeting with the South planned for Wednesday, criticizing joint military drills carried out by Seoul and Washington for undermining the recent inter-Korean reconciliation.

North Korea said last Saturday that it will hold a ceremony for dismantling the nuclear test site between May 23 and May 25, depending on weather conditions, and let journalists from China, Russia, United States, Britain and the South to conduct on-the-spot coverage.

Relations between the two Koreas drastically improved after Kim extended an olive branch, saying in his New Year's address on Jan. 1 that he would prepare for his country's participation in the Feb. 9-25 Pyeongchang Winter Olympics hosted by the South. 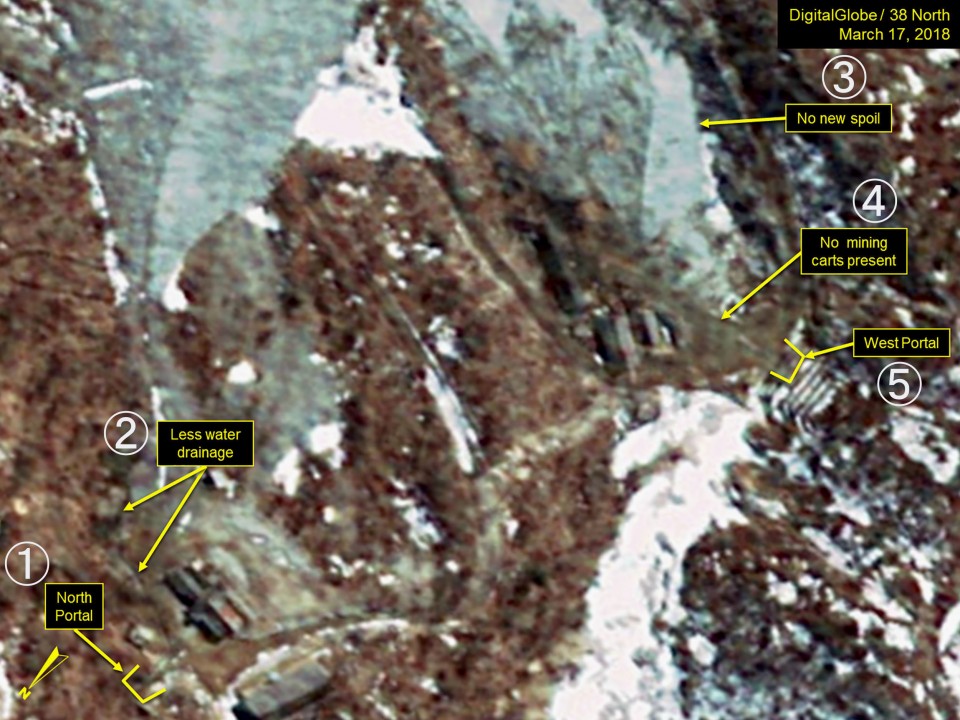 At the historic inter-Korean summit on April 27 at the truce village of Panmunjeom, Kim and South Korean President Moon Jae In agreed to pursue "complete denuclearization" of the peninsula and strive to formally end the 1950-1953 Korean War.

But a senior North Korean official indicated Thursday that the country will not resume inter-Korean talks so long as the United States and South Korea continue their joint military drills, according to the official Korean Central News Agency.

While suspending high-level meeting with the South, North Korea has also threatened to cancel the Kim-Trump summit, lambasting Washington's unilateral call for Pyongyang to give up all its nuclear weapons.

At the planned summit, Kim is expected to demand a pledge by Trump that the United States will accept the continuation of North Korea's hereditary regime, in return for Pyongyang vowing to achieve denuclearization in a "phased" and "synchronized" manner.