North Korean leader Kim Jong Un's "fixed will" to have talks with U.S. President Donald Trump underscores that he is keen to achieve Pyongyang's various cherished goals such as receiving security guarantees from Washington, analysts say.

Many of them now say that the first-ever U.S.-North Korea summit is certain to take place in the not-so-distant future, as Kim has deftly extended an olive branch in the wake of Trump's dramatic cancellation Thursday. 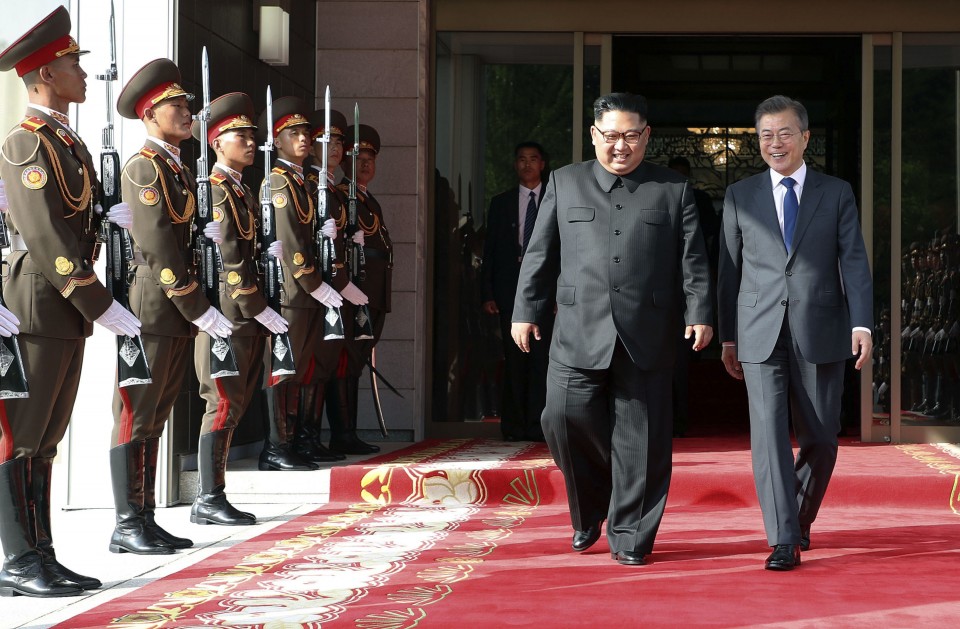 But it remains to be seen whether Pyongyang will commit to "complete, verifiable and irreversible denuclearization" as demanded by Washington.

Ahead of the summit that could take place within weeks, the two sides are likely to engage in negotiations until the very last minute.

During his surprise second meeting in a month with South Korean President Moon Jae In on Saturday at the truce village of Panmunjeom, Kim "expressed his fixed will on the historic DPRK-U.S. summit talks," the North's state-run media reported the following day.

DPRK stands for the Democratic People's Republic of Korea.

Kim also suggested the two Koreas "positively cooperate with each other" to improve U.S.-North Korea relations and "establish mechanism for permanent and durable peace," the Korean Central News Agency said.

Earlier this month, North Korea had threatened to nix the summit, criticizing Washington's call for Pyongyang to abandon its nuclear weapons before receiving reciprocal benefits.

Yet within hours of Trump announcing his cancellation of the summit that was scheduled for June 12 in Singapore, North Korea released a markedly restrained statement urging the United States to reconsider that decision.

"We would like to make known to the U.S. side once again that we have the intent to sit with the U.S. side to solve problem regardless of ways at any time," Kim Kye Gwan, a vice foreign minister, said in the statement carried by KCNA.

The statement and the outcome of the inter-Korean summit prompted Trump to reverse course, by suggesting the U.S.-North Korea summit could take place June 12 after all.

"North Korea is serious about seeing the summit with the U.S. go forward," said Troy Stangarone, a senior director at the Korea Economic Institute in Washington.

"Kim Jong Un likely has a multilayered goals. Meeting with the president of the United States would provide the regime prestige domestically, while also help to normalize North Korea internationally -- successes which his father and grandfather had not been able to achieve," he said.

"At the same time, Kim Jong Un is seeking to have international sanctions eased so he can focus on economic development," Stangarone added.

Since becoming North Korea's leader following the death of his father Kim Jong Il in 2011, Kim has made a goal of reviving the country's stagnant economy. But it has been hurt by sanctions imposed by U.N. members including China, its main economic lifeline.

"While North Korea could survive under sanctions, especially with Chinese and Russian help, to truly improve the economy (Kim) will need to have sanctions removed," Stangarone said.

"However, despite Kim's desire to improve the economy, we should expect North Korea to seek to do so while trying to retain part of its nuclear program," he added.

Kim has tried to receive returns from the United States in exchange for vowing to denuclearize in a "phased" and "synchronized" manner, but Trump has put pressure on North Korea to scrap its nuclear program sooner rather than later, if not immediately.

Rorry Daniels, an expert of foreign affairs in Asia, said negotiations between the United States and North Korea might reach a deadlock even if their summit is held, given that they are unlikely to come to a compromise about how to attain denuclearization.

"The key question of the current efforts at diplomacy is whether security guarantees can be offered to North Korea before the complete and verified dismantlement of their nuclear program," Daniels said.

"It would not serve U.S. interests to provide North Korea economic and other incentives without a reciprocal effort by North Korea to declare their nuclear capabilities and take steps to verify the program's freeze and eventual dismantlement," she added. 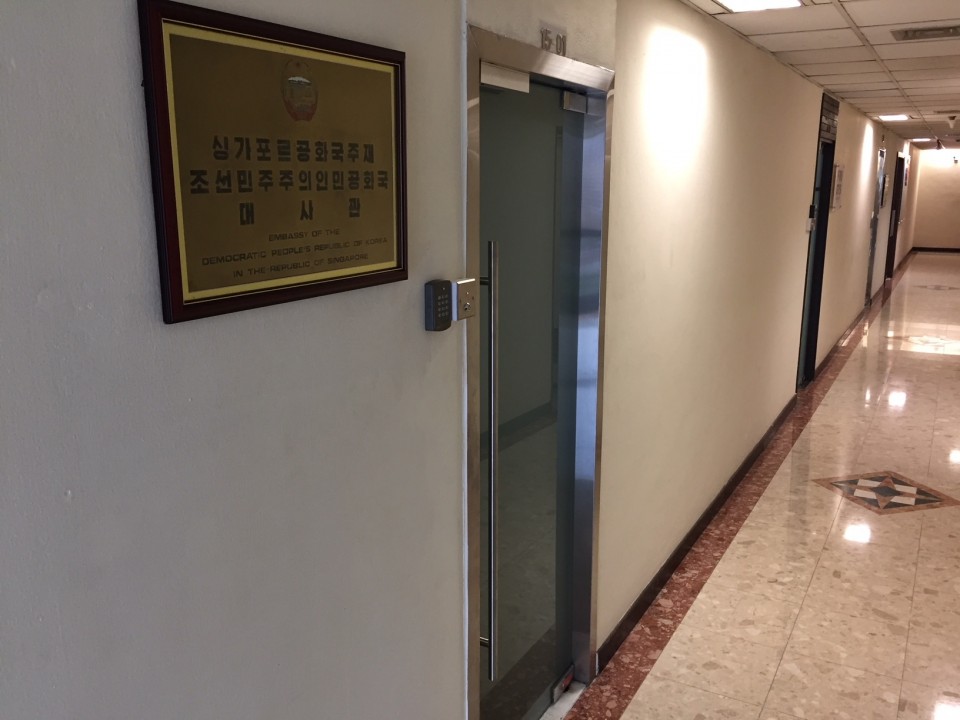 (The North Korean Embassy in Singapore)

Stangarone, meanwhile, said that to strike a deal with North Korea, the United States may adopt an approach similar to that used to resolve the Cuban Missile Crisis in 1962.

"The United States gave Cuba assurances that it would not invade and has stood by those assurances," he said, referring to a pledge Washington made to Havana in return for the removal of nuclear missiles introduced into the island by the Soviet Union.

"It is unclear whether assurances similar to those given to Cuba would be satisfactory to North Korea, or if it will seek something more formal such as a non-aggression pact."

Daniels said even if Washington and Pyongyang do not hold their summit next month, the two countries are set to continue their working-level talks as long as North Korea refrains from provocative actions.