Following a season in which he came close to quitting baseball three times, SoftBank Hawks closer Dennis Sarfate is back in Japan, having shelved his dream of a major league return.

Although happy to be back in Fukuoka with the Hawks, Sarfate had hoped to be pitching in the majors this season. He saved 54 games in 2017 to set Nippon Professional Baseball's single-season saves record while his wife was back home suffering from a chronic illness.

"We wanted to get posted, we wanted to go back home this past offseason. It didn't work out that way, and then they (the Hawks) came back with a three-year offer, and negotiated for about three months. We finally agreed to it the day I left (for Japan) and finalized it a couple of days ago."

A Hawks official corroborated Sarfate's request to leave via the posting system, which regulates how players on Nippon Professional Baseball contracts can move to the majors. But the Hawks have never posted a player and did not make an exception for Sarfate.

Last autumn, Sarfate became the first foreign-born player to win the Matsutaro Shoriki Award for the year's greatest contribution to Japanese pro ball. The Pacific League's MVP is now fourth on Japan's all-time saves list and entered the season needing 21 to reach the 250 milestone. Yet he revealed to Kyodo News he had gone to the park three times last season intending to tell the Hawks he was walking away and going home in order to be with his family. 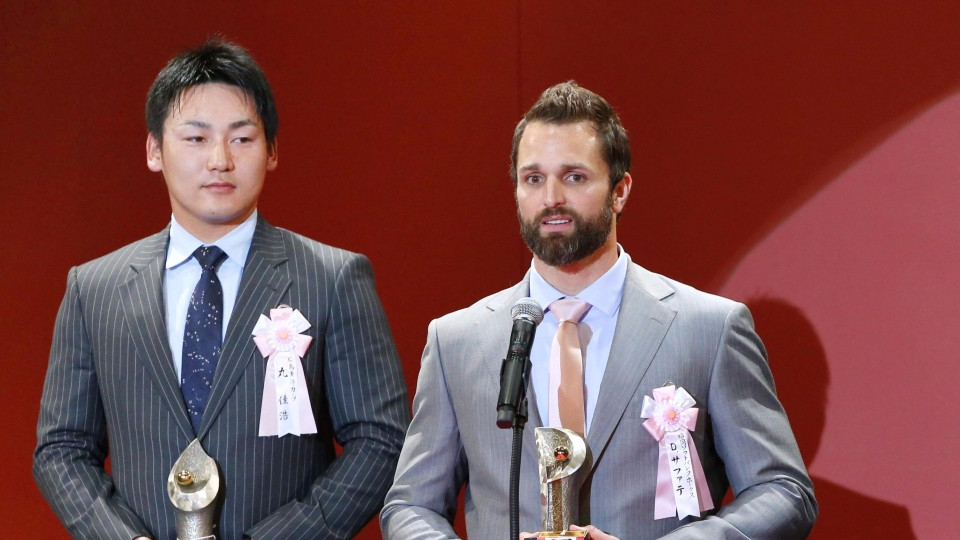 SoftBank didn't let Sarfate move to the majors, but did let him stay with his family an extra month this year. As a result, he didn't report until March 1, a month after the traditional start of Japan's spring training.

"I don't feel that any foreigner should come here on Feb. 1," he said. "It's a waste of time. You do (need that) in your first year, obviously, to get to know your teammates, but this is my eighth year. Staying at home, I did just as much work as I could here, being done by 11 a.m. and then going and sitting in a hotel."

"It was a good offseason, good training. I let my body recover from the wear and tear last year and I'm ready to go."

So how did the Hawks persuade him to stay through 2021? After all, he could have walked after 2018 and is on the wish list of numerous major league clubs. It was partly due to the money. When incentives are included, the value of his three-year extension has been estimated in the neighborhood of 2 billion yen ($18.66 million).

"I love this team, I love the city. We're comfortable. They treat me like royalty in general in Japan and especially in Fukuoka," said Sarfate, who will turn 37 on Monday.

"Could we take a chance, play this year out and go to free agency, or do I get hurt? Financial stability, security, based on all of that, we decided to accept it. It's a lot of money. It's the most a foreigner has ever gotten per year in annual salary."

"It was an easy decision with the money, but if you throw in everything else they do for my family and myself while I'm here...and there's the city, and the fans, and my teammates."

But as it was a year ago, the principle concern remains his family. When the Japan Series ended last November, Sarfate's first stop on the way home was Los Angeles, where his wife was seeking treatment.

"The biggest thing is, 'Is my wife going to be healthy.' I just want her to be healthy, whatever the cost," he said. "That was a big concern. Should we sign if she wasn't going to be well? She started feeling good when we were negotiating, so that made it a little bit easier (to stay in Japan)." 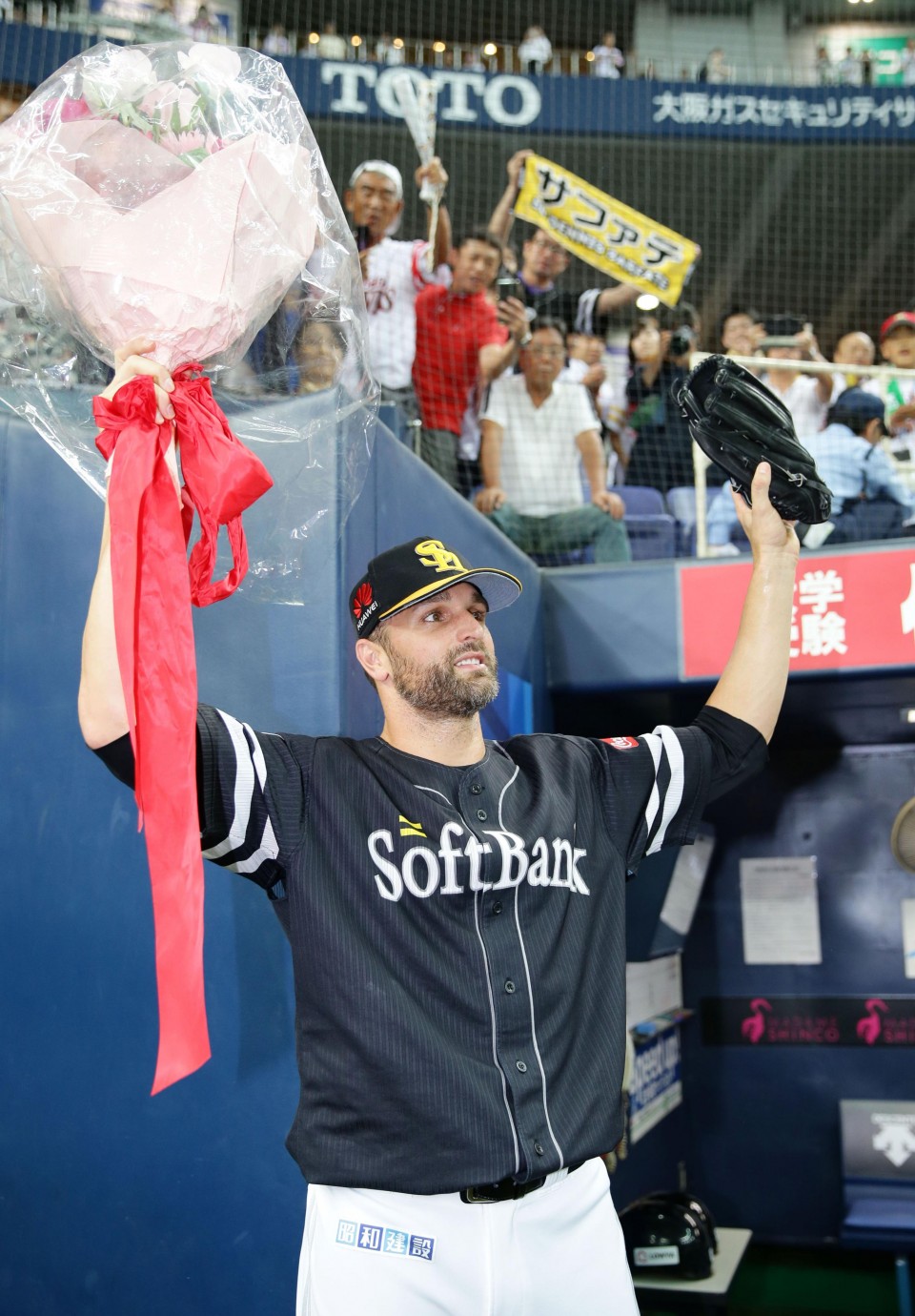 (Sarfate is congratulated after earning a Japanese baseball record 47th save in 2017.)