South Korea's Moon Jae In no stranger to inter-Korean diplomacy

South Korean President Moon Jae In, a former human rights lawyer, was involved the last time there was an inter-Korean summit as a chief aide to the late President Roh Moo Hyun, who met with North Korean leader Kim Jong Il in 2007.

The 65-year-old president was born on Geoje Island in South Gyeongsang Province in 1953 to poor parents who were refugees from North Korea. He finished his middle and high school education in Busan, a southeastern port city.

While majoring in law at Kyung Hee University in Seoul, he led a protest rally against the dictatorship of then-President Park Chung Hee, for which he was arrested and imprisoned.

To fulfill his compulsory military service, Moon was assigned to serve in the Special Forces.

As a soldier, he served in the army at the border village of Panmunjeom and was involved in an operation following the "Ax Murder Incident" in 1976 in which North Korean guards killed two U.S. officers who were cutting down a poplar tree in the Demilitarized Zone. His unit was assigned to help fell the tree completely. 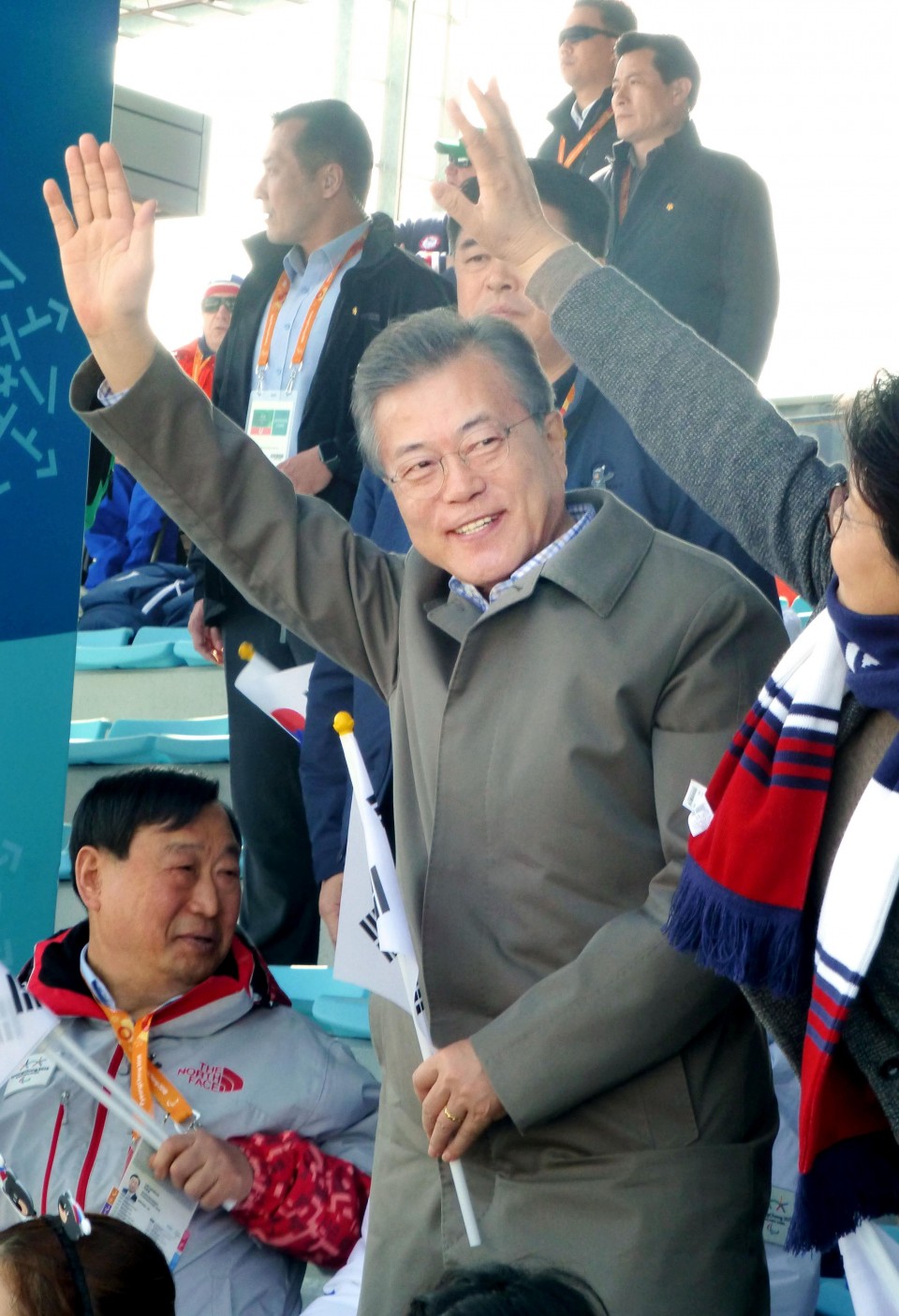 Moon returned to school and graduated in 1980. He was arrested again for violating martial law, but was eventually released after being notified that he had passed the bar exam.

Due to his activist past, Moon was unsuccessful in his bid to become a judge, leading him to return to Busan where he decided to start his career as a lawyer.

At this time, he met Roh, who was also a human rights lawyer, and the two handled nearly all of the labor and human rights cases in Busan.

In 2012, Moon entered politics by winning a parliamentary seat in his home city.

In the same year, he made his first bid for the presidency, as a candidate representing the then main opposition Democratic United Party. He was beaten by Park Geun Hye of the then ruling Saenuri Party, who was later impeached and convicted over a corruption scandal.

Moon and his wife Kim Jung Sook have a son and a daughter.