U.S. to deploy CV-22 Ospreys to Yokota base ahead of schedule

The U.S. forces in Japan said Tuesday that five Air Force CV-22 Osprey aircraft will arrive at Yokota Air Base in Tokyo later this week, with their planned deployment brought forward from the previously announced U.S. fiscal year through September 2020.

The tilt-rotor aircraft will conduct training around the region for the next few months. When they return from training, they will continue to operate from Yokota and a total of 10 Ospreys will be assigned to the air base in stages over the next several years, the U.S. forces said.

According to the Japanese Defense Ministry, the five Osprey aircraft will arrive in Yokohama by ship later Tuesday.

The Japanese government said about 100 personnel will arrive with the five aircraft before their formal deployment at Yokota this summer and eventually 450 crew members for the 10 Ospreys will be deployed at the base.

The Marine Corps variant of the Osprey, which takes off and lands like a helicopter but cruises like a plane, is already deployed in the southern Japanese prefecture of Okinawa. It has attracted controversy due to a history of crashes and other mishaps in Japan and abroad. 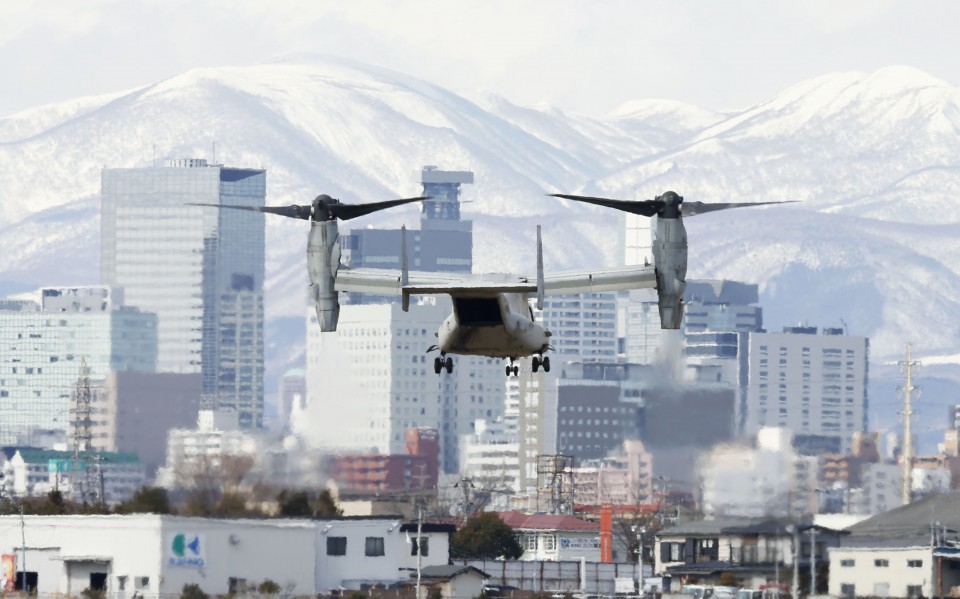 The Japanese foreign and defense ministries said Tokyo and Washington will "work together to give maximum consideration to safety and minimize the effects on local communities."

Citing concerns about security in the Pacific region as driving the U.S. decision, the Japanese government said it believes the Osprey deployment at Yokota will improve the capabilities of the bilateral alliance and contribute to Japan's defense and regional stability.

In May 2015, the Japanese and U.S. governments said three CV-22s would be deployed at the Yokota base in the suburbs of Tokyo in the second half of 2017, with the deployment of seven more by 2021.

But in March last year, the delivery of the first batch was pushed back to the U.S. fiscal year through September 2020, with the U.S. Defense Department citing a personnel shortage.