Japanese Prime Minister Shinzo Abe will seek to coordinate policies toward North Korea with U.S. President Donald Trump when they meet in Palm Beach, Florida before the U.S. leader holds historic talks with the North's leader Kim Jong Un in May or June.

Trade is also expected to be high on the agenda during the two-day summit from Tuesday in Trump's Mar-a-Lago vacation retreat, the Japanese and U.S. leaders' sixth face-to-face meeting.

The summit comes days after the United States, along with Britain and France, carried out precision strikes on Syria in response to its alleged use of chemical weapons on its citizens, and the two leaders are also expected to take up the attack.

Regarding North Korea, Abe has said he will ask Trump at his upcoming summit with Kim to raise the issue of Japanese abducted by the North decades ago, an issue Abe describes as a top priority for his government.

Tokyo officially lists 17 of its citizens as having been abducted by Pyongyang. Five of them returned in 2002, but the North maintains eight have died and the other four never entered its territory. 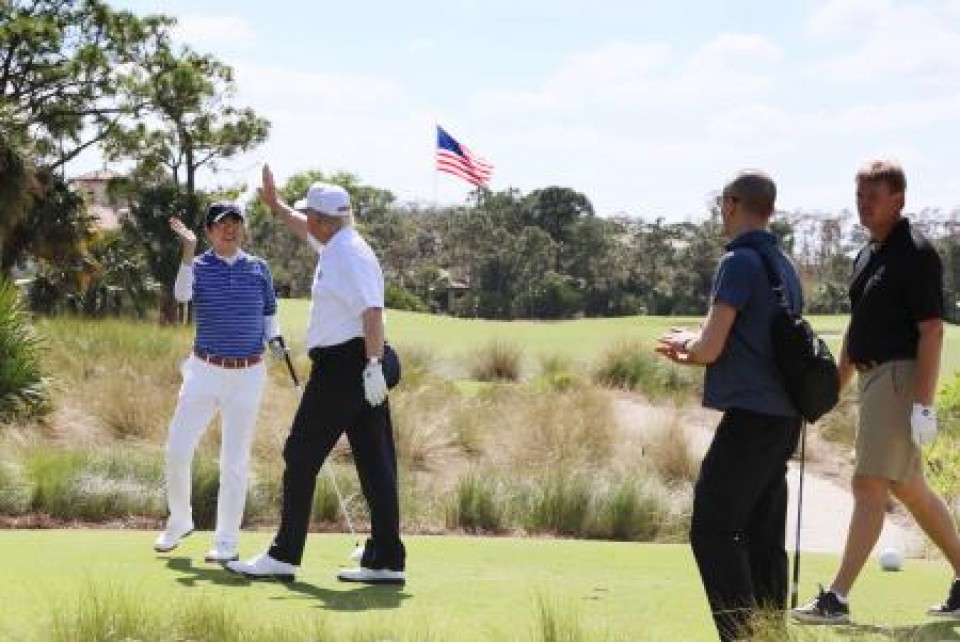 Amid signs of easing tensions on the Korean Peninsula, Trump has accepted Kim's overture to meet over denuclearization in the first-ever U.S.-North Korean summit. It will follow an inter-Korean summit scheduled for April 27.

Abe also aims to reaffirm the two countries' stance to keep "maximum pressure" on Pyongyang toward "complete, verifiable and irreversible denuclearization" of the peninsula and ask Trump to pursue the elimination of all North Korean missiles that could reach Japan, not only intercontinental ballistic missiles capable of hitting the U.S. mainland.

They will likely agree to reject any proposal by North Korea for a phased denuclearization, sources close to the matter said.

Political analysts say Abe is seeking a rebound in his approval ratings through the diplomatic event as his administration has been under fire over favoritism allegations against himself and his wife as well as suspected cover-ups involving government documents.

Amid a simmering trade dispute between the United States and China, Abe plans to stress the importance of free trade as the Trump administration puts emphasis on bilateral trade deals over multilateral ones. 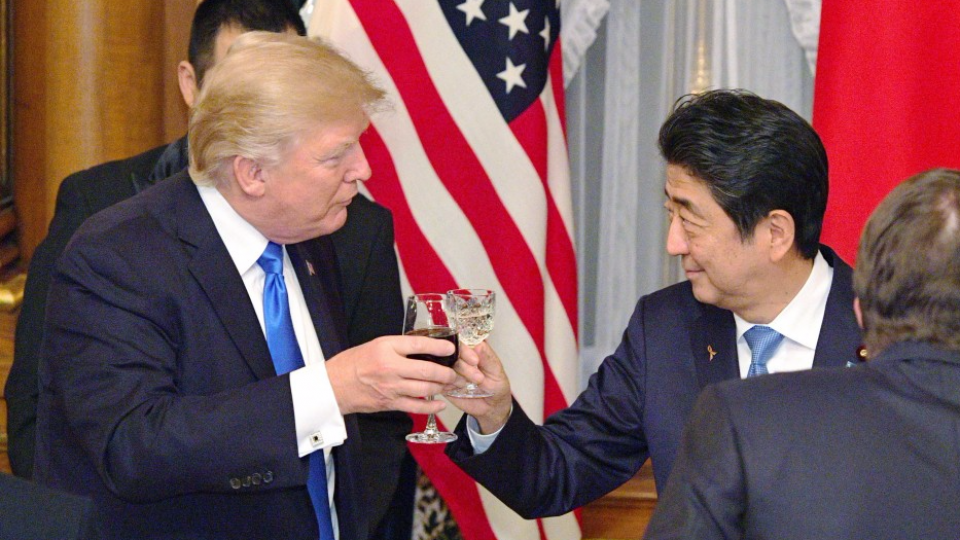 There has been speculation that Abe will face pressure to start negotiations for a bilateral free trade agreement with the United States.

In an abrupt shift from his policy to focus on bilateral accords, Trump on Thursday directed his economic advisers to look into rejoining the Trans-Pacific Partnership trade deal, a regional trade pact he had decided to withdraw from soon after taking office last year.

Tokyo led negotiations leading to the signing of a revised, 11-member TPP without Washington.

Abe will likely request Trump to exempt Japan from stiff tariffs that the United States recently levied on steel and aluminum imports. Washington only exempted Argentina, Australia, Brazil, Canada, the European Union, South Korea and Mexico from the tariffs of 25 percent on steel products and 10 percent on aluminum products.

In a show of their personal ties, the two leaders are also expected play golf as they did at previous summits in February last year in Florida and in November in Japan.