Protesters mark 1 year since U.S. base construction began in Okinawa

Around 600 protesters staged a rally at the relocation site of a U.S. air base in Okinawa on Wednesday, one year after construction work started there.

The protesters staged a sit-in in front of a gate of the neighboring U.S. Marine Corps' Camp Schwab and paddled their canoes on waters surrounding the construction site in Nago, northeastern Okinawa, with some of them raising placards saying, "U.S. Corps, get out of Okinawa."

Local police forcefully shoved aside some 400 protesters who gathered at the gate to block vehicles entering the base for construction work. 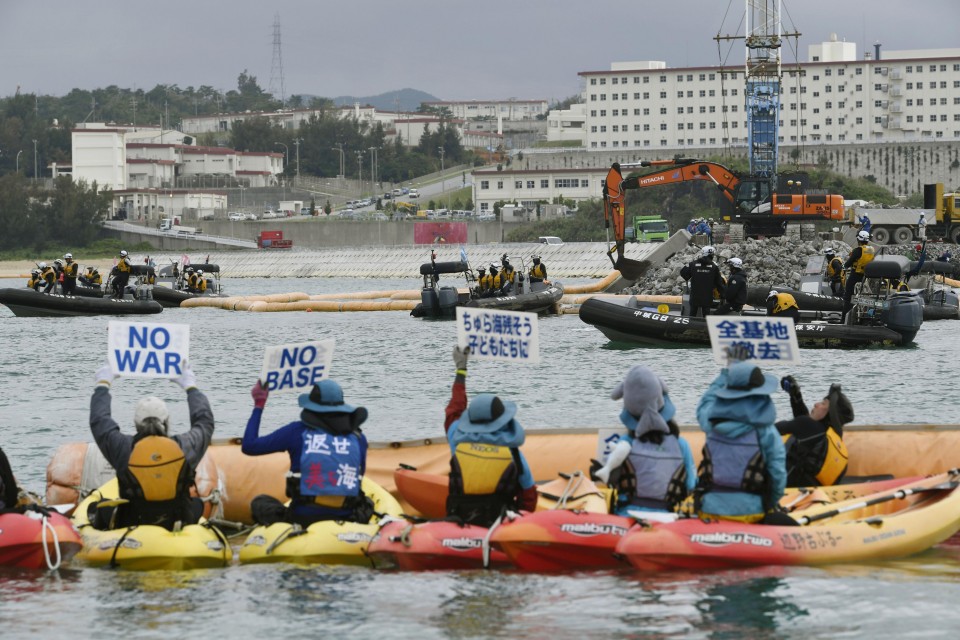 "Why does the central government build a new base in Okinawa as we opposed (its construction plan) like this," said 70-year-old female protester Toshiko Uema.

In late April last year, the government started building seawalls in preparation for the controversial relocation plan to transfer the U.S. Marine Corps Air Station Futenma in central Okinawa to Henoko, a small village next to Camp Schwab.

A Kyodo News helicopter confirmed Tuesday the seawall has stretched off the coast and surrounded an area where the government plans to reclaim land to build a new facility from July. 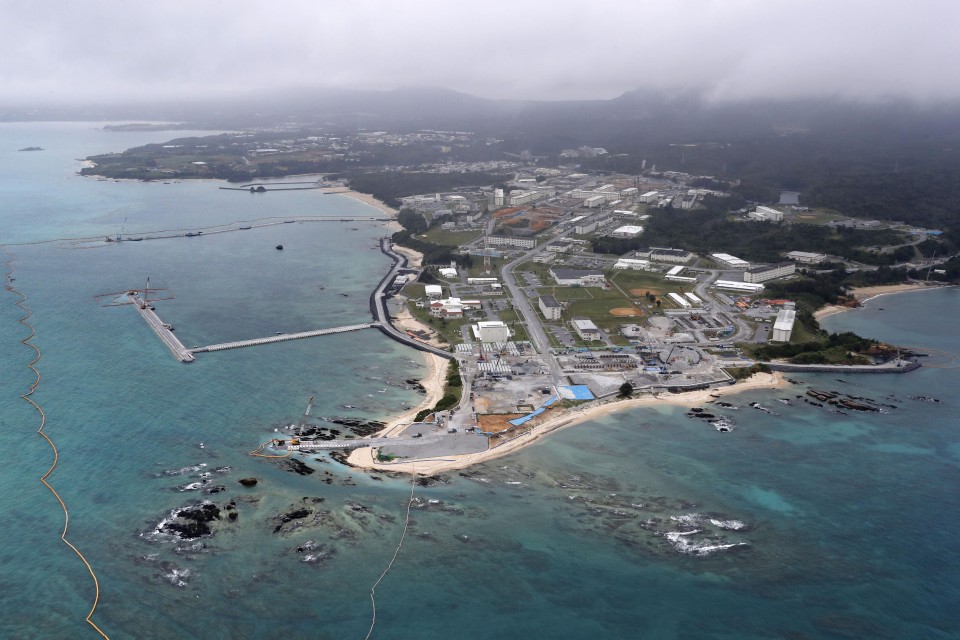