Old but new, a Kyoto designer is redefining kimono tradition

She wears her hair like a bunny, dons a kimono sash made of Nishijin silk with a lipstick motif, and uses suspenders to keep her sash up. Maria Kawahara has a unique take on tradition working as a kimono designer in Kyoto, a city all about tradition.
"Tradition is about being innovative and original," said 31-year-old Kawahara, who is based in Kyoto's Kita Ward and has more than 5,000 followers on Instagram. "Therein lies fashion in Japan."
When Kawahara, a native of Nagasaki Prefecture, was 20, she landed with a design firm in Kyoto she found through the internet, convinced that "the kimono is something Japan can be proud of to the world." She was hooked by antique kimonos in particular, and began posting photos of herself in them. "Condensed beauty and style," Kawahara said of the old look. 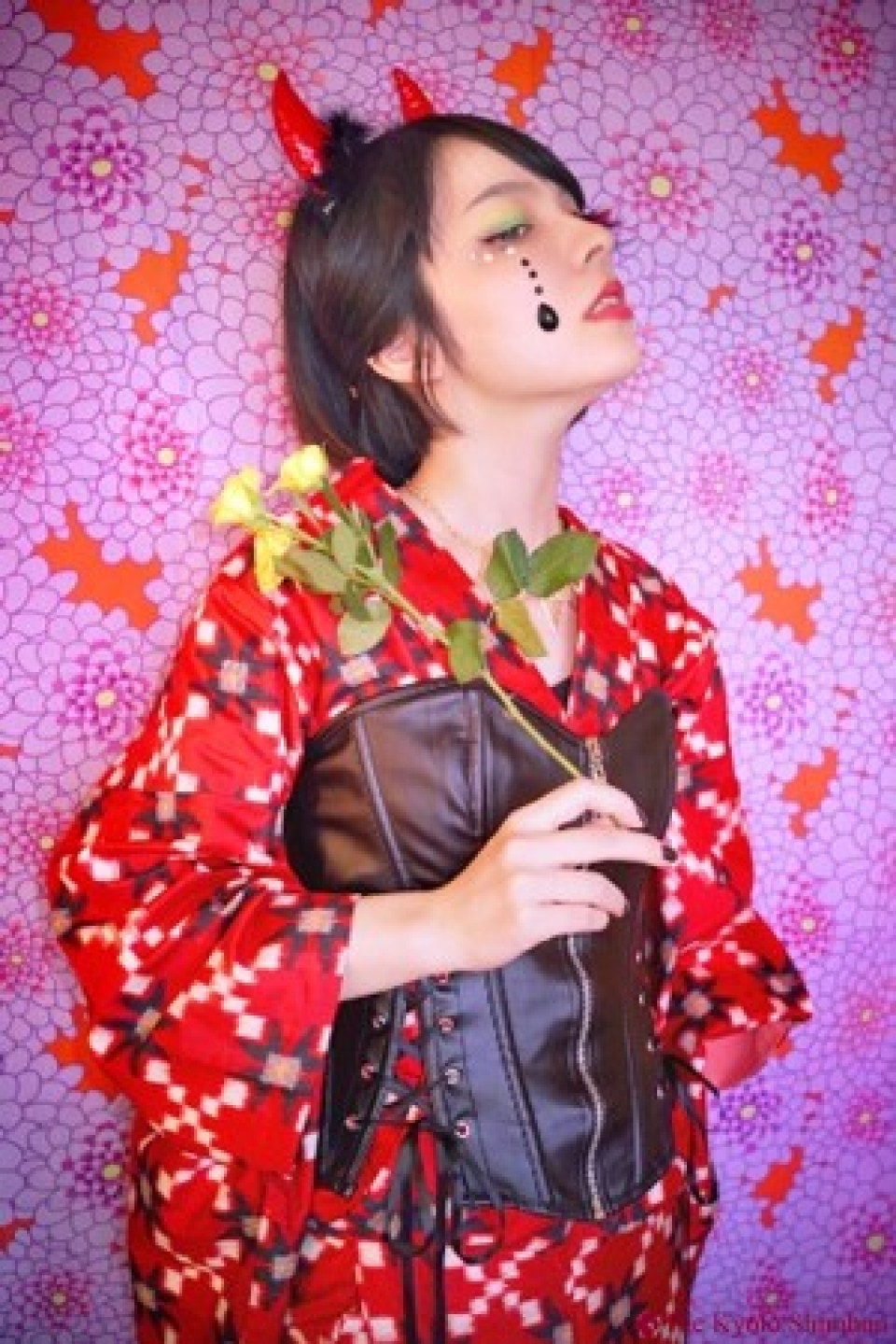 (Maria Kawahara)
Kawahara began catching the eye of many including photographers, making an appearance in Central Japan Railway Co.'s ad campaign for Kyoto tourism in 2014. Two years later, she crowd-funded the publication of a photo book to show a new side of kimono. "It is possible to convey the allure of kimono even in a single photo," she says.
Last fall, Kawahara launched her own line of kimono, Mico Parade. She not only designs but also runs a wholesale business, modernizing classic style as she sees fit. "I want people who have never worn a kimono to want to try one on," she said. "I want them to see it as fashionable."
Kawahara says many aspire to become designers, but a lot drop out because of the rigors that come with it, like being unpaid while they are in training. Her goal, eventually, is to be able to provide opportunities for talented people.
"If more and more people with different backgrounds become involved, it will only make Japanese fashion that much more attractive. I want to be able to bring in and work with talent in the future," she said.
The Kyoto Shimbun
More from The Kyoto Shimbun:
Prayer for peace: Japan's "Kids' Guernica" murals headed to Paris
Kyoto makeup artist nominated for Oscar
Sports gods and victory prayers in Kyoto