As the pace picks up for new university graduates in the job-hunting race this spring in Japan, student athletes are drawing the attention of companies for having goal-minded qualities that could potentially make them superior candidates.

Although students with athletic backgrounds might find it difficult to compete for jobs with other students because they are busy training in sports clubs, in a climate where young people are seen as "weak-minded," student athletes stand out from the crowd.

"We aimed for goals, and competed with colleagues while encouraging each other. I received a high valuation because I had been in a sports club," says Im Seong Ho, 25, a medical representative of a major pharmaceutical company who possesses South Korean nationality though he grew up in Japan. 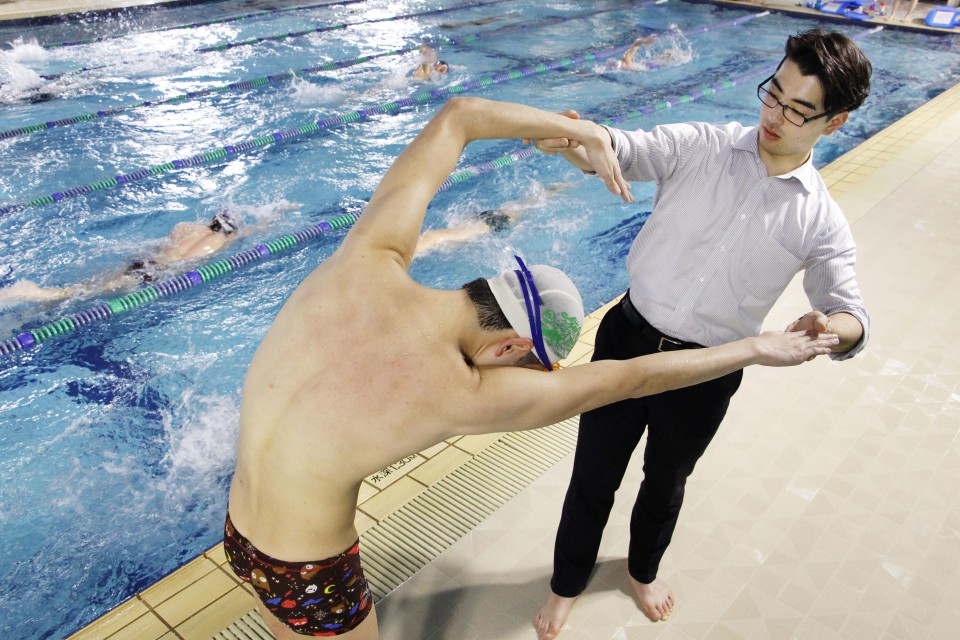 Im, who belonged to the swimming team at university, competed in the intercollegiate championships three years in a row.

There are joint information sessions specifically held for student athletes, and more companies seeking to hire them.

For student athletes who are absorbed in their sports activities, such as for baseball or track and field practices, job-hunting will very often overlap with times when they are preparing for big tournaments.

In fact, Im says that when he was in his third year, a senior student who was taking part in another sports club activity suddenly stopped coming to practices due to the pressure to find a job -- which resulted in a halfhearted effort for both endeavors.

In contrast, Im found time between club practices to start his preparations for job-hunting.

That was when he learned of the medical representative position, which seemed heaven-sent as a career choice since it would allow him to devote his attention to health care even on the job.

"Even in sports clubs, preparation for job-hunting is necessary. It's about finding the job you want and applying yourself," he says.

But even though student athletes have been able to land jobs despite their busy schedules, especially because of strong backing from sports club alumni networks, a drop off in such assistance in recent years is making the task more difficult.

According to employment support company Athlete Planning Co., recently only 17 percent of student athletes received the support of coaches or sports club alumni.

On top of this, the grueling club schedules often act as a further hindrance when seeking employment.

Student athletes for example, do not have spare time to work in internships like regular students, so they have a tendency to gather less information when seeking employment. Because their schedules do not permit them to take part-time jobs, firms will often complain that they lack experience in the real world.

"We do not unconditionally hire just because the person is from a sports university club," says an official of a major manufacturer.

Still, many tout the goal-oriented discipline learned from severe workouts from the university sports clubs as an asset, which demonstrates how they might show a similar toughness of resolve and an ability to plan on the job.

"There are few young people who have the backbone not to be unruffled by something minor," says a personnel manager of the same manufacturer, admitting that student athletes still draw high interest from the company.

Naris Cosmetics Co., a cosmetics sales company based in Osaka, has aggressively recruited student athletes over the past 20 years. On average, new graduate student athletes have accounted for about 20 percent of hires since 2010.

"They take initiative, demonstrate their leadership, and have a courteousness which our customers highly value," says the company's personnel representative.

Software development company Fenrir Inc., also based in Osaka, hopes to employ university athletes in sales positions for the first time next spring.

"They're energetic and lively. We expect their ability to focus that they have fostered (over the years) to really come in handy," says a company official. 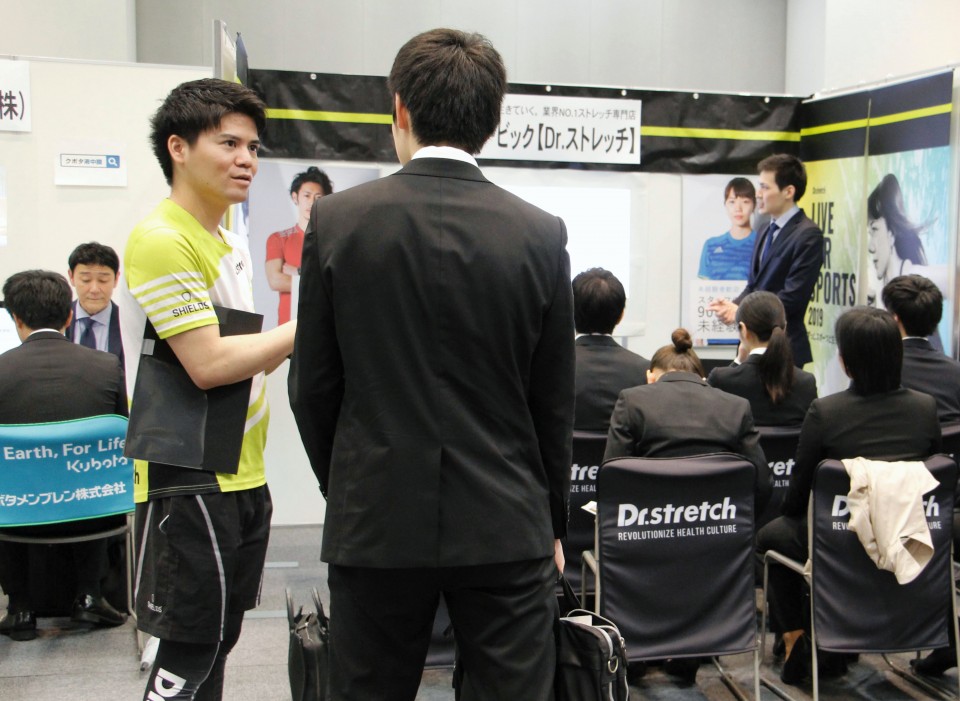 "Moving to find challenges is the same in basketball and job-hunting," he was told. "It will be difficult, but I want to give it my all so I have no regrets in competitions and employment."