World media on Thursday devoted considerable coverage to the controversy surrounding a sumo referee's decision to order female medics out of a competition ring -- a male-only space -- while they were performing first aid on a local mayor who had suffered a stroke.

In an article headlined "Women barred from sumo ring, even to save a man's life," the New York Times said, "Sumo's discriminatory practices came under new scrutiny."

During an exhibition match Wednesday in Maizuru, Kyoto Prefecture, a nurse rushed onto the ring to administer cardiopulmonary resuscitation to a city mayor who collapsed while delivering a speech. Several other women came up to help. 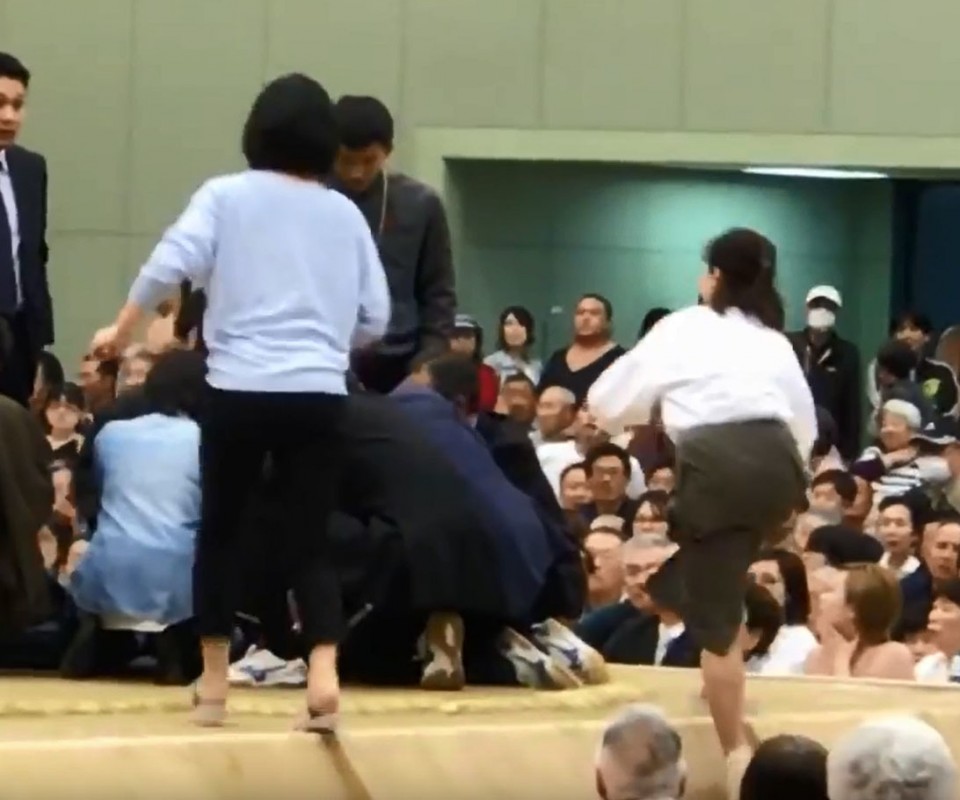 A ring, known as dohyo, is regarded as sacred and women, considered "ritually unclean" in the male-only sport of sumo, are forbidden from entering.

"In a country that consistently ranks low among developed countries on gender equality in health, education, the economy and politics, the episode was seen as a metaphor for how women are regarded in Japan," the Times said in a dispatch from Tokyo.

The Washington Post said the incident is "the latest case clearly illustrating the challenges that women face in achieving equality in Japan."

"Prime Minister Shinzo Abe has been promoting 'womenomics' -- encouraging greater participation of women in the Japanese economy -- but they face discrimination and logistical hurdles every step of the way," a staffer in Tokyo wrote.

The BBC ran a similar report and said it was not the first time women entering a sumo ring has sparked controversy.

In 1990, the Japan Sumo Association banned Mayumi Moriyama, the first female chief Cabinet secretary, from awarding a trophy at a Tokyo tournament.

In 2000, Fusae Ota, the first female governor of Osaka, was banned from presenting a trophy at a tournament in the western Japan city.