Shizuoka is known for its Japanese tea production. As mild weather since March has hastened tea leaves' growth, the opening auction was moved forward by six days from the previous year. Picking of tea leaves is expected to peak in early May. 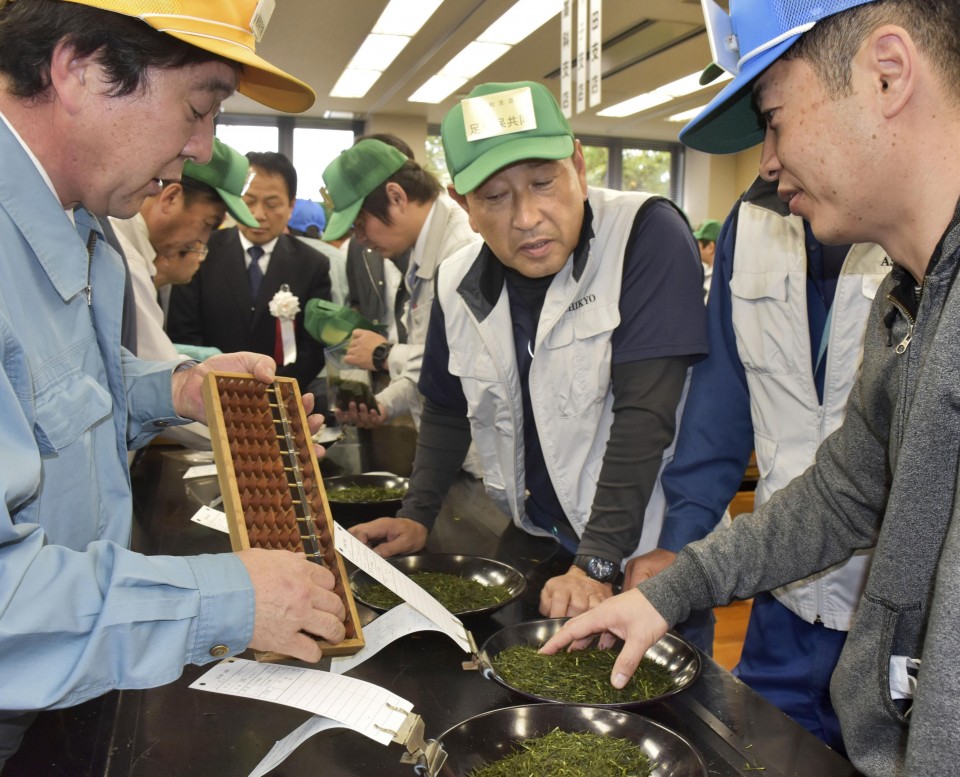 Transactions began shortly after the 7 a.m. opening bell with about 1,000 people packing the market. Buyers took handfuls of leaves to check the aroma and color and negotiated with mediators who presented prices calculated with Japanese abacuses called "soroban."

Kazuhiko Takeda, 59, a local tea producer, said, "This year's tea is so aromatic and full-bodied, and the quality is outstanding."

According to the market, the gross volume of trade, including products from other prefectures such as Kagoshima and Miyazaki in southwestern Japan, amounted to 11,899.9 kg as of 11:15 a.m., with an average price of 3,715 yen per kg.

The highest price for tea leaves processed by machine was 88,800 yen per kg for tea produced in Shizuoka. 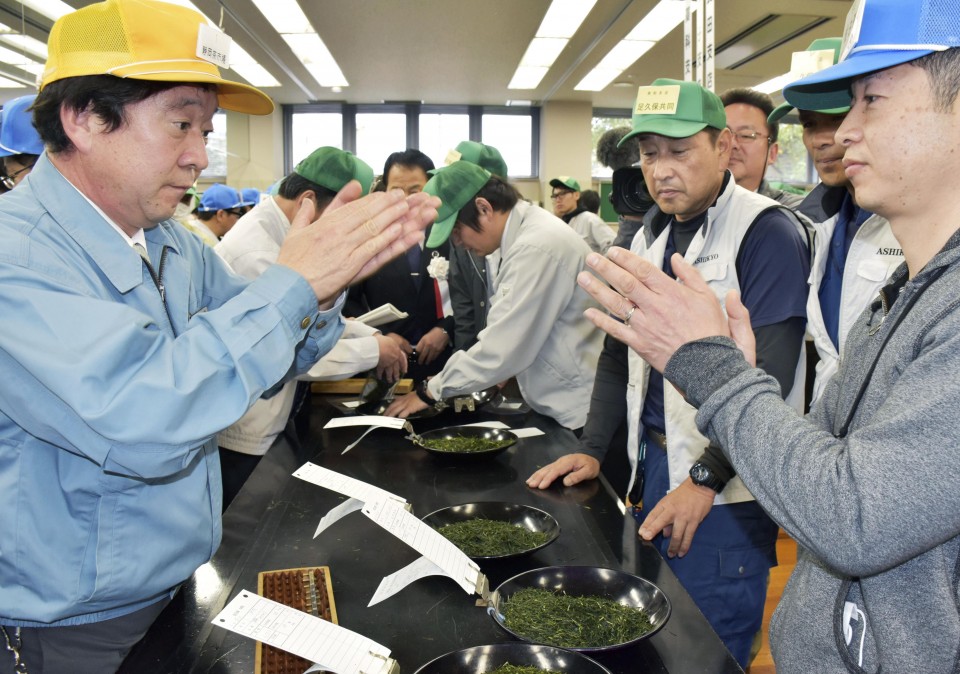