In the clip posted on the website of a weekly magazine publisher a day after it reported on the bureaucrat's behavior, a man purported to be Junichi Fukuda, vice finance minister, asks a reporter, "Can I give you a hug?" and "Can I touch your boobs?" 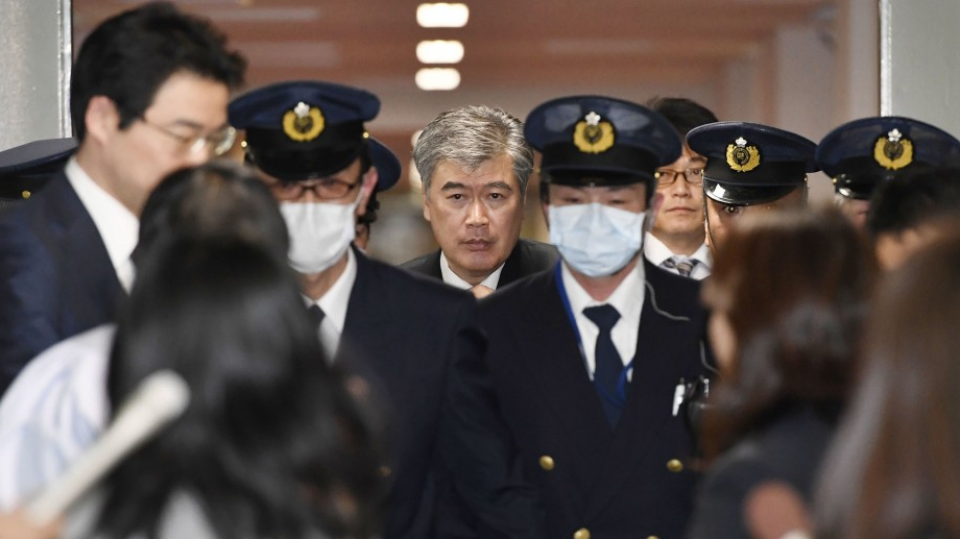 The Shukan Shincho reported that Fukuda made sexually suggestive comments to female reporters while drinking. He denied the allegations when confronted by a reporter from the magazine.

Opposition parties stepped up calls for Fukuda to be sacked, although Finance Minister Taro Aso has said he does not plan to look into the matter, saying Fukuda has shown remorse.

Shukan Shincho released audio clip after Aso made clear that the ministry was not planning to probe allegations that a top Finance Ministry bureaucrat Junichi Fukuda sexually harassed a female reporter. The weekly magazine claims the clip is a recording of Fukuda saying the following:

-"Well, is (your husband) the sort who wouldn't get off with other women, then?"

-"Will you get off with me once the budget passes?"

-"Let me tie your hands. Can I touch your boobs?"

An identical male voice is heard throughout the conversations that supposedly took place between the administrative vice minister and a female reporter, who remains anonymous. Her voice cannot be heard on the recording.

"We don't know how much of the story is true," Aso told reporters on Friday. "I believe, however, that this kind of speech is clearly regarded as sexual harassment."

Kenichiro Ueno, parliamentary vice finance minister, told a Diet session that he will check the content and authenticity of the audio clip.

The sexual harassment allegations come at a sensitive time for the administration of Prime Minister Shinzo Abe, hit by multiple scandals.

The Finance Ministry is under fire for its doctoring of documents related to state-owned property it sold at a discount to a school operator with ties to the prime minister's wife, Akie Abe.