A half-century after he became Japan's first major leaguer, Masanori Murakami is in awe at how easy compatriot Shohei Ohtani has made the majors look with the Los Angeles Angels.

On Monday in Tokyo, the 73-year-old Murakami worked as an analyst for Japan's national broadcast of Ohtani's second major league start, when the 23-year-old struck out 12 in seven scoreless innings.

"There's a little more you can say to sum it up but 'superb,'" Murakami told Kyodo News by phone in Japanese. "I didn't believe he would be able to pitch that well." 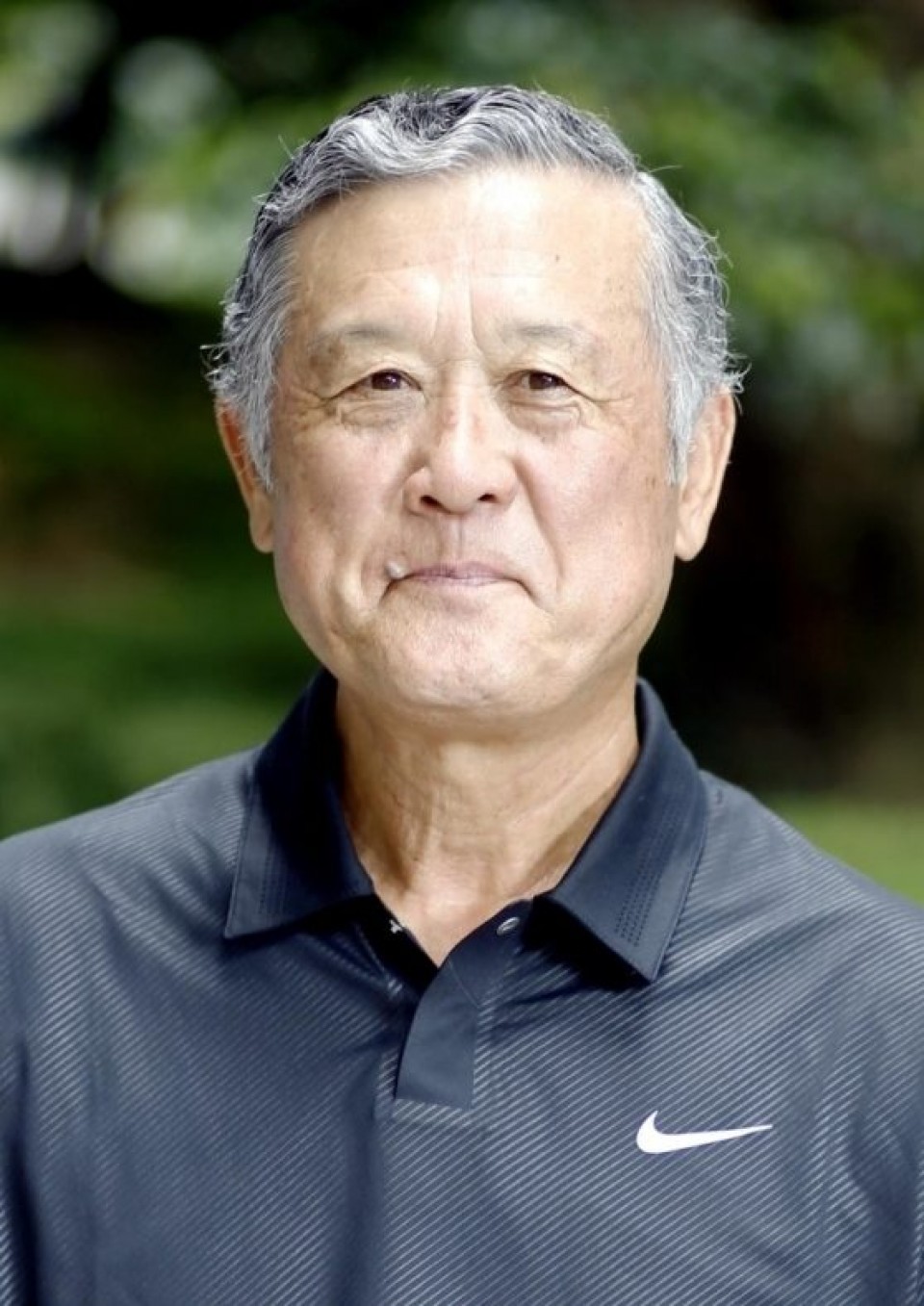 In his gig as a media analyst for Japan's baseball-hungry public, Murakami has covered virtually every one of his countrymen who have followed in his footsteps.

In the summer of 1964, Murakami, a 19-year-old with the Nankai Hawks, was playing in Single-A ball as part of an exchange deal with the San Francisco Giants. But in September, the Giants exploited a loophole to buy the lefty's contract from Nankai, calling him up to the majors in September.

Murakami was a hit in San Francisco as a reliever. And though it was his fate to return to the Osaka-based Hawks in 1966, he keeps in touch with the major leagues and what is going on. And now, no one is doing more or making bigger headlines than Ohtani, who for the past five seasons had been both an elite hitter and pitcher in Japan's Pacific League.

"This is more amazing than what (Hideo) Nomo and Ichiro (Suzuki) did when they first arrived," Murakami said.

Ohtani has now struck out 18 batters in 13-1/3 innings and won his two pitching starts. As a designated hitter, he is 7-for-18 with a walk, three home runs and seven RBIs from four games. And that came after a spring considered a flop due to poor pitches, poor swings and overall poor results.

"In Arizona, he couldn't locate his pitches anything like this," Murakami said. "How he's done it I don't know, but today he was locating his fastball low and outside, and then following that with his split finger to the same spot and batters couldn't help but swing (and miss)." 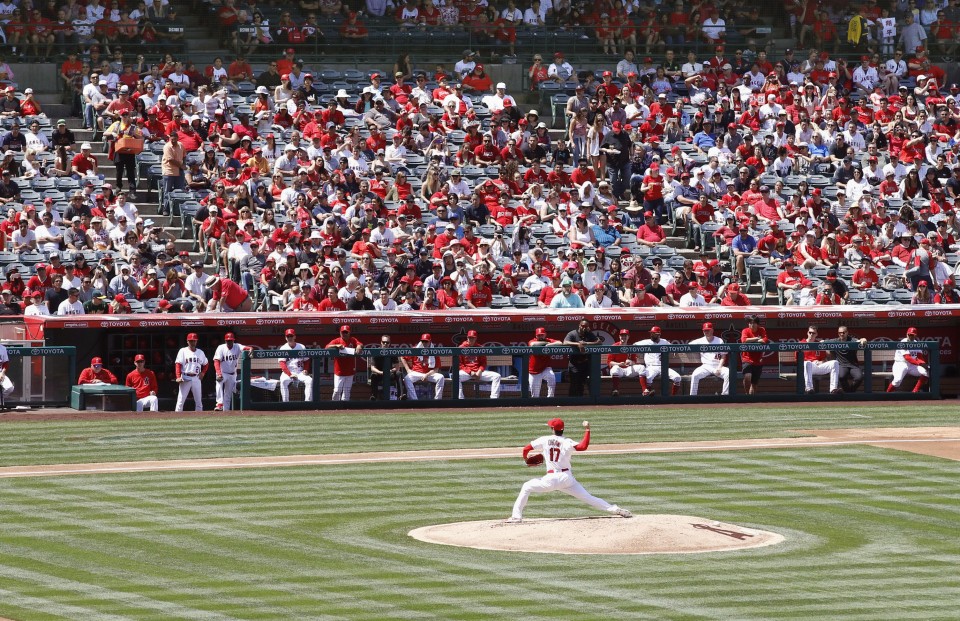 Although many in America's media believed old-school Angels skipper Mike Scioscia would be the wrong man to oversee this unique two-way player experiment, Murakami gives Scioscia some credit for Ohtani's success.

"What Scioscia did was extraordinary," Murakami said. "Ohtani needed repetitions, and despite not getting results, Scioscia kept giving him playing time. Some managers wouldn't, but Scioscia wasn't focused on (spring) stats."

Another factor in Ohtani's favor, Murakami believes, is his friendly nature. The young Japanese star is enjoying being one of the guys -- playing golf, shooting hoops and going to ice hockey games with other Angels players.

"That's not always easy (for Japanese)," Murakami said. "He's having a good time with them, becoming one of them. It makes other things easier."

Although Murakami earned his living as a pitcher, he called himself an early adopter in the "Let Shohei hit" movement. When Nippon Ham Fighters manager Hideki Kuriyama began implementing his two-way player plan for Ohtani in February 2013, Murakami thought, "If anyone can do it, he can.'"

Murakami said he wanted Kuriyama to go a step further and give Ohtani more at-bats by ditching the designated hitter in PL games when Ohtani pitched so he could bat even more. 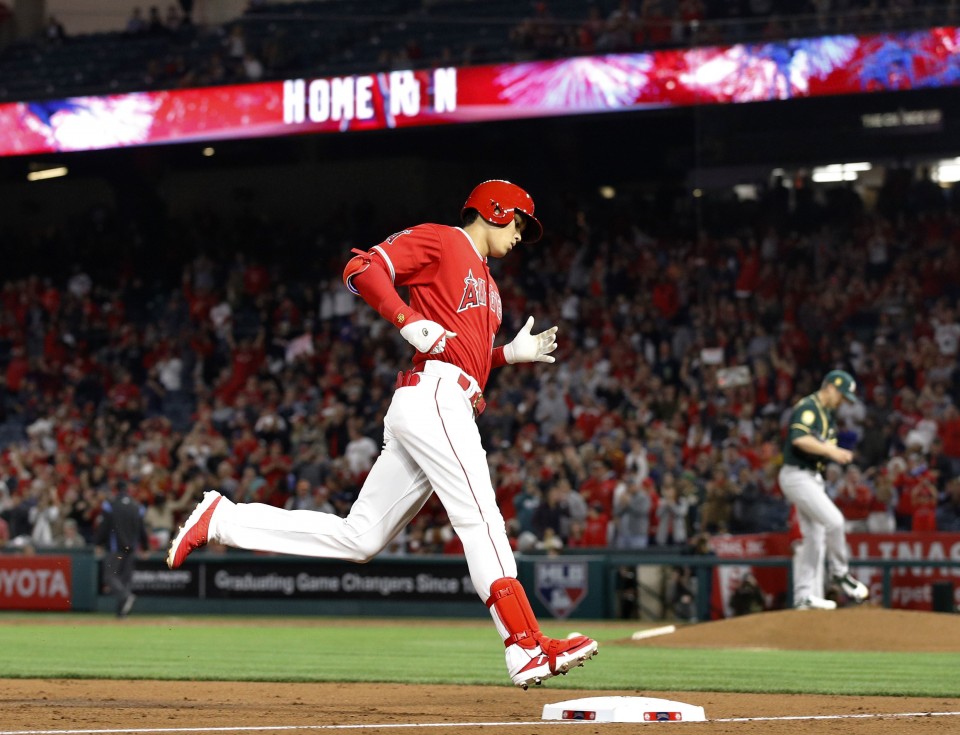 "Of course he didn't hit well in his first year, and I didn't know how this was going to work out," Murakami said. "But from the second year, I wanted him to bat more and more. Why not let him hit when he pitches? Bat him seventh and let him start?"

"Looking at what he's doing now, I sure wish he had batted even more in his first years as a pro."

Murakami is speaking as a pitcher who could handle a bat. In his career, he batted 388 times and hit eight homers and drove in 36 runs before the introduction of the DH rule took him out of the order.

"(Hawks manager and Hall of Fame slugger) Katsuya Nomura had a plan to bat me fifth one day," Murakami said. "It would be (Hall of Fame slugger) Hiromitsu Kadota third, Nomura fourth and me fifth. But Nomura worried about what would happen after I left the game, so instead he batted me sixth that day."

But it was fun, and so is Ohtani's major league debut.

"It's amazingly fun," Murakami said. "I think kids watching this are going to be enraptured and want to take up baseball in great numbers."