"We agreed to carry out high-level visits, first with (Chinese Premier) Li Keqiang coming to Japan for a Japan-China-South Korea summit, then Prime Minister Abe visiting China and Xi Jinping visiting Japan," Kono told reporters after his meeting and working dinner with Wang in Tokyo.

Abe and Xi have not held talks in the format of an official visit by either side since both men took office in 2012, but years of strain on bilateral relations due to historical and territorial grievances have recently given way to a thaw.

"We confirmed Japan's plan to improve relations with China," Wang, who also holds the position of state councilor, told reporters after the meeting.

Li is set to visit Japan next month for a trilateral summit with Abe and South Korean President Moon Jae In. According to Japanese officials, specific dates for any of the visits are yet to be decided. 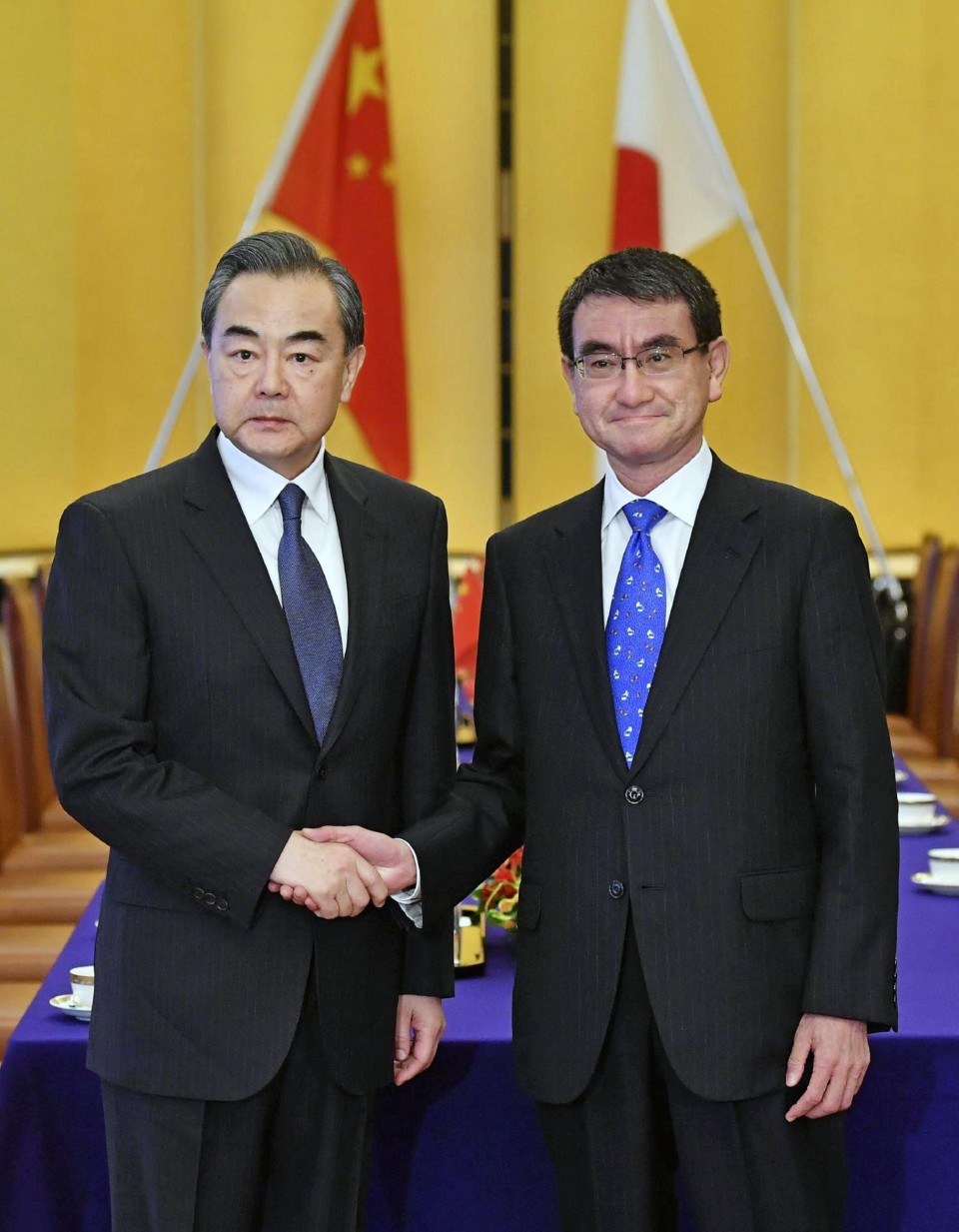 On North Korea, Kono said he and Wang "confirmed that we will work in close coordination, while fully implementing the relevant U.N. Security Council resolutions, to make the complete, irreversible and verifiable abandonment of North Korea's nuclear and missile (programs) a reality."

Kono said he also asked for China's cooperation in resolving the issue of North Korea's abductions of Japanese nationals in the 1970s and 1980s.

The ministers talked about recent developments in North Korea but Japanese officials refrained from clarifying whether they discussed specifics from the summit between North Korean leader Kim Jong Un and Xi in Beijing late last month.

Noting that this year marks 40 years since the signing of a bilateral peace and friendship treaty, Kono said he and Wang agreed to work for the improvement of bilateral relations across the board.

Kono told Wang that true improvement in bilateral ties cannot be achieved without stability in the East China Sea, where China has challenged Japan's sovereignty over uninhabited islets. Kono said he and Wang agreed that their countries need to further develop bilateral relations in order to stabilize the waters.

The ministers agreed to strive for the early implementation of a "Maritime and Aerial Communication Mechanism" to prevent unintended collisions in the area.

Since the Japanese government purchased most of the Senkaku Islands from Japanese owner in 2012, China has frequently sent its ships into Japanese territorial waters around them, raising fears that unintended conflict between Japan and China could be sparked in the area. 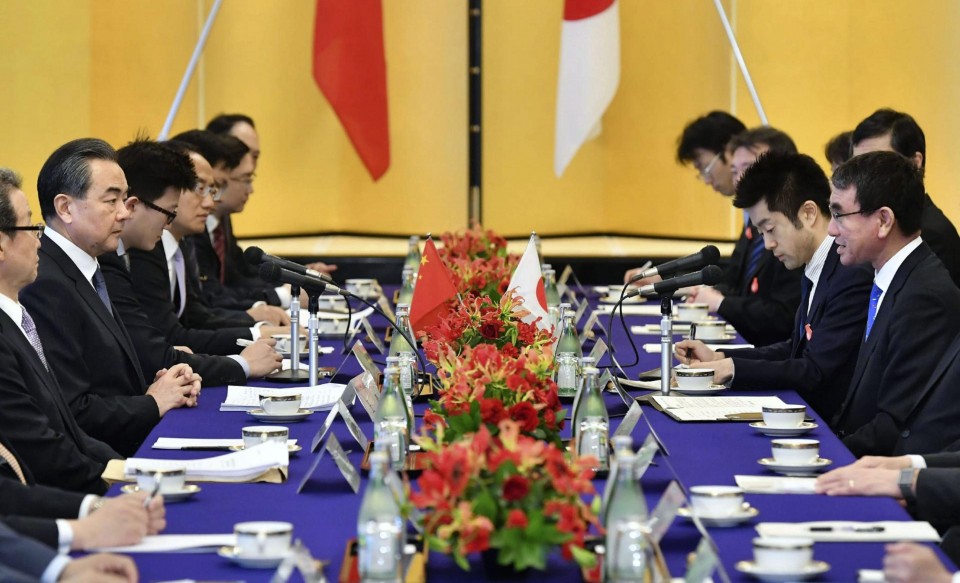 Japanese officials said Kono and Wang agreed on the importance of maintaining the world's system of free trade.

They also discussed the vision each country has for the wider region, namely Japan's "free and open Indo-Pacific" strategy and China's "One Belt, One Road" infrastructure megaproject.

Kono met Wang in Beijing in January. Japanese officials said the mutual foreign ministers' visits for the purpose of bilateral talks are the first between Japan and China in eight years.

On Monday, Kono and Wang will co-chair a bilateral, high-level economic dialogue in which they are expected to discuss opportunities for economic cooperation including trade and investment. According to Japanese officials, the dialogue is the first in nearly eight years.