Akita dog Wasao out to charm passengers as tourism stationmaster

Fans of the Akita dog Wasao will be in for a treat for another year as the canine, who has gained nationwide fame with his unique looks, was reappointed Sunday as "tourism stationmaster" in a town in northeastern Japan.

The big white furry with squint eyes is widely known as "busa kawaii," a combination of two Japanese words -- busaiku, which means "ugly," and "kawaii" meaning "cute." The canine became an online sensation through blog articles and eventually rose to TV stardom. 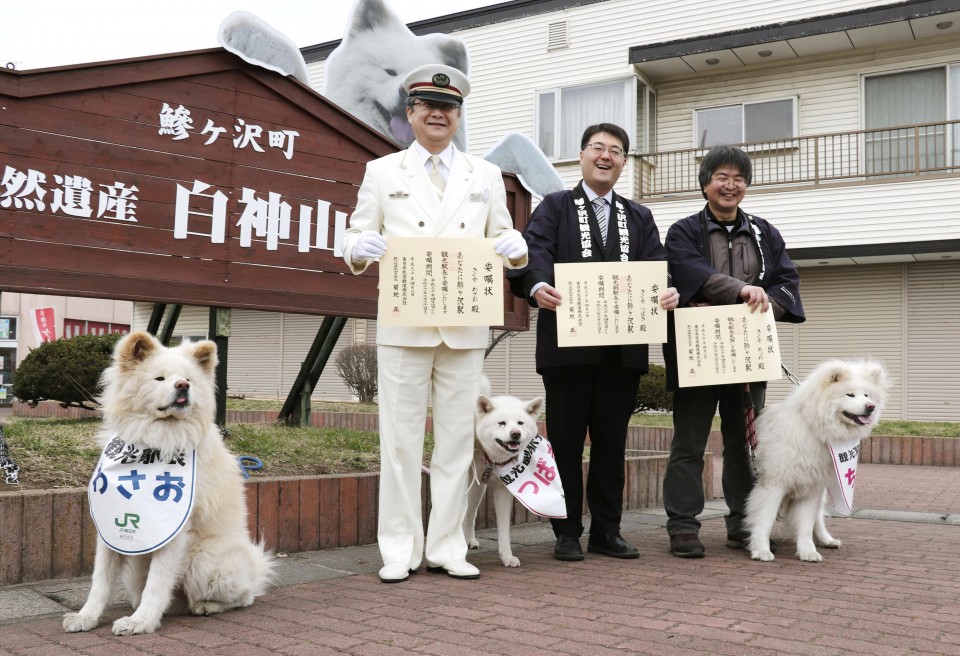 Wasao will be working again through March 31 next year at JR Ajigasawa Station in the town of Ajigasawa, Aomori Prefecture. In promoting the town, Wasao will be joined by wife Tsubaki, serving as the deputy stationmaster, while daughter Chome will be a trainee.

Wasao has held the post of tourism train stationmaster since 2011. In the same year, he was appointed as a special ambassador for World Heritage-related activities.

The popular canine, estimated to be about 11, also has a movie titled after him. The 2011 film is about his past as an abandoned dog picked up by a woman who runs a broiled squid shop.

Wasao follows in the footsteps of other animals serving as railway stationmasters in various parts of the country. The most popular was arguably the cat stationmaster Tama, who transformed a money-losing line into a popular sightseeing spot and whose death in 2015 saddened legions of fans across and beyond the country.

Takeshi Kudo, head of a project to support Wasao's activities, received the letter of appointment on Sunday, as the dog's owner Setsuko Kikuya died last year. Kudo said Wasao and his family will be sure to liven up the mood of the town. 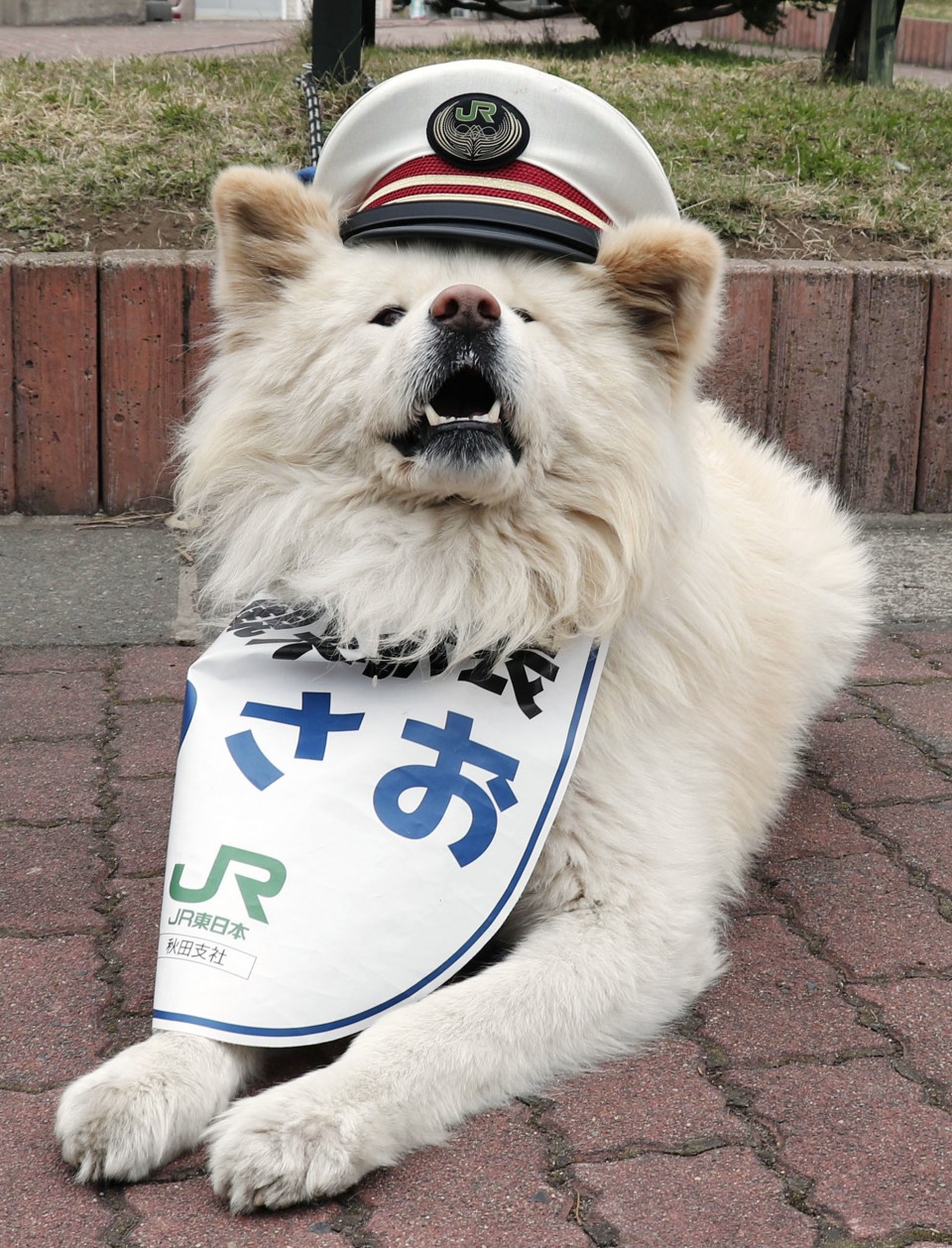 After the appointment ceremony, Wasao's family welcomed an incoming train. One eager fan who came all the way just to see Wasao was 9-year-old June Hirano, a fourth-grade elementary schoolgirl from Hanamaki, Iwate Prefecture. "I'm glad he is in good shape," she said.

According to the town's tourism association, around 120,000 people visit the town annually thanks to Wasao, who welcomes passengers at the station and participates in events.