Many visually impaired people who use guide dogs in Japan are still suffering from discrimination two years after a law banning such practice came into force, a survey by a guide dog training organization showed Tuesday.

In the research conducted in the 10 months through February, 63.0 percent of respondents said they were denied entry to shops or facilities because they were accompanied by guide dogs. The nationwide survey covered 235 guide dog owners and received 119 responses, according to The Eye Mate Inc. 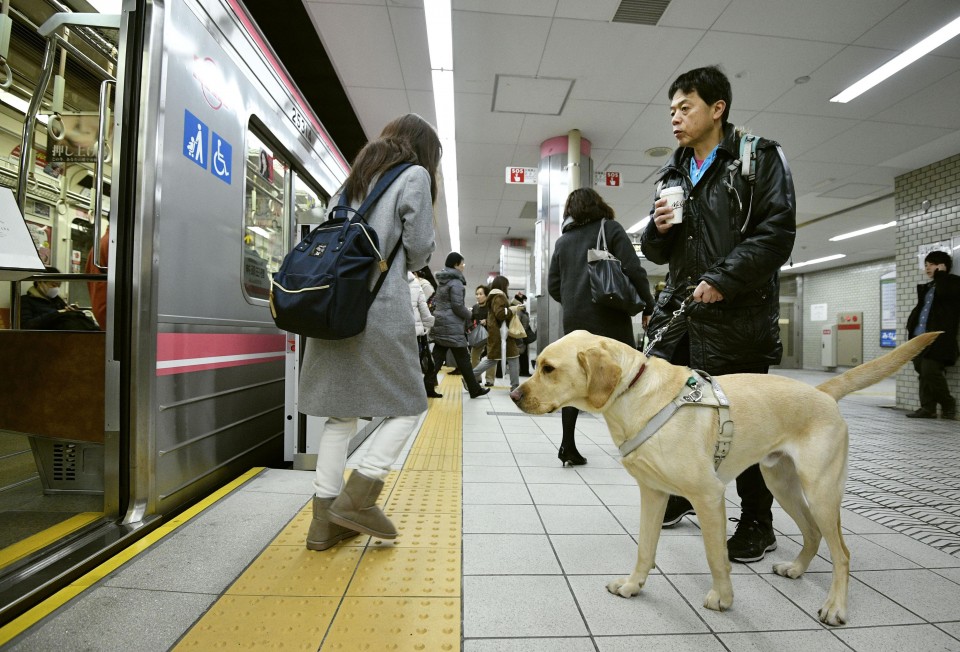 (Shinichiro Kadokawa and his guide dog)

Asked to what extent they think elimination of discrimination against guide dog owners has been achieved under the law that took effect in April 2016, 68.1 percent called for further efforts to fulfill the goal.

The law considers denials of entry into facilities because of guide dogs as "unfair discrimination" and prohibits public and private institutions from doing so.

But an Eye Mate official said improvement has not been achieved, citing the fact that the number of people denied entry rose 1.0 percentage point in the latest survey, the third of its kind, compared with the previous one conducted between February and March last year.

In a multiple-choice question about facilities that declined to provide services because people were accompanied by guide dogs, 78.7 percent cited restaurants, while 28.0 percent pointed to taxis, 21.3 percent said accommodation facilities and 13.3 percent cited supermarkets or convenience stores.

Asked how they responded to such discrimination, 68.0 percent said they explained their situation to gain service providers' understanding, while 26.7 percent said they demonstrated that their guide dogs were gentle and would not cause a disturbance. 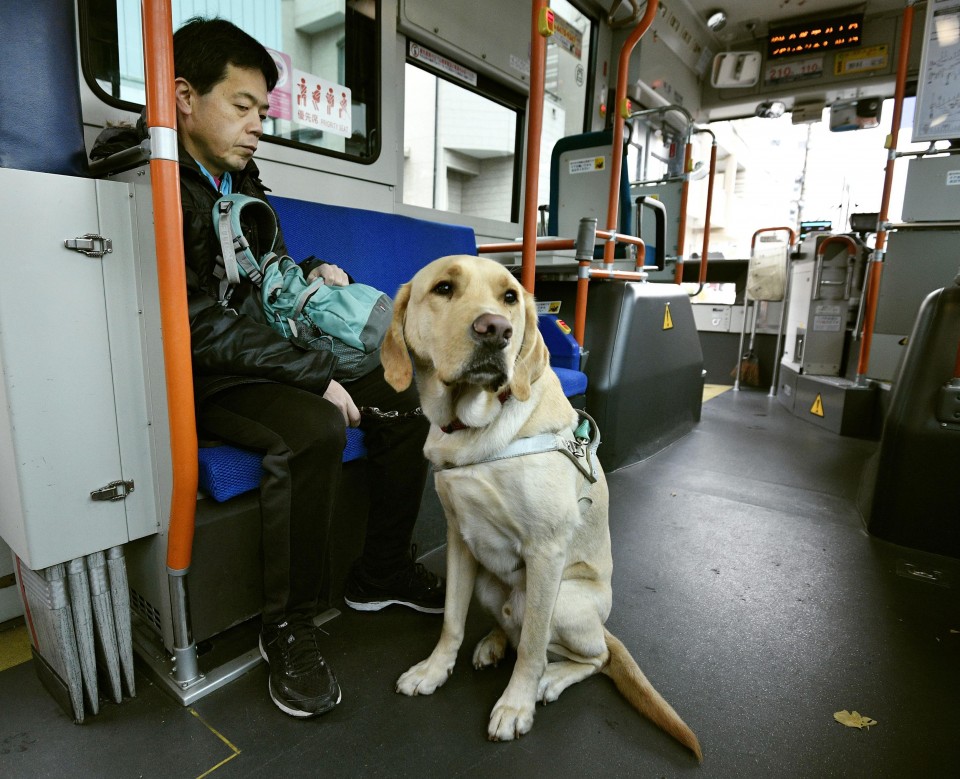 Among other discriminatory treatment, 43.8 percent said they were filmed or had their pictures taken without permission and 34.4 percent said their hands and other body parts were unexpectedly grabbed by strangers.

Eye Mate head Takao Shioya said, "Discriminating against people with visual disabilities because of their means of walking constitutes a human-rights issue. I hope to see a society friendly to the disabled."