A police sergeant was shot to death at a police box in western Japan on Wednesday, with a 19-year-old fellow officer arrested as the suspect, police said.

The 41-year-old sergeant, Akira Imoto, was found collapsed and bleeding from his head and back at around 8:45 p.m. at the police box in front of JR Kawase Station in Hikone, Shiga Prefecture, they said. He was later pronounced dead at a hospital. 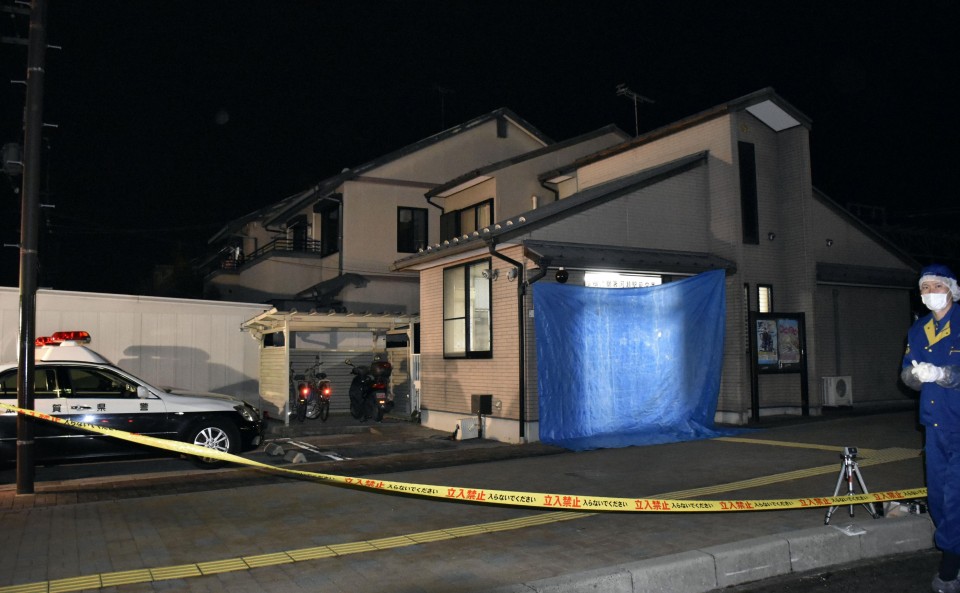 (The police box covered with a blue sheet)

At around 1:35 a.m. on Thursday, police detained the 19-year-old officer who had been on duty with the sergeant and went missing after the incident in the neighboring town of Aisho. He was subsequently arrested on suspicion of murdering Imoto.

Imoto is believed to have been shot from behind as he was found in a seated position in a chair with his upper body slumped forward over a desk. He was still wearing his pistol, which showed no signs of having been used.

The 19-year-old was hired in April of last year and posted beginning this January at Hikone Police Station which oversees the police box in front of the Kawase Station.

The police box is run by three officers, with Imoto and the junior officer having been on duty on Wednesday. It is located in a commercial-residential district in Hikone on the eastern coast of Lake Biwa, the largest freshwater lake in Japan.

The police suspect that the 19-year-old used a police car that was discovered in a paddy field in Aisho shortly before Imoto was found shot. While at large, he was apparently carrying his pistol with up to three bullets remaining. 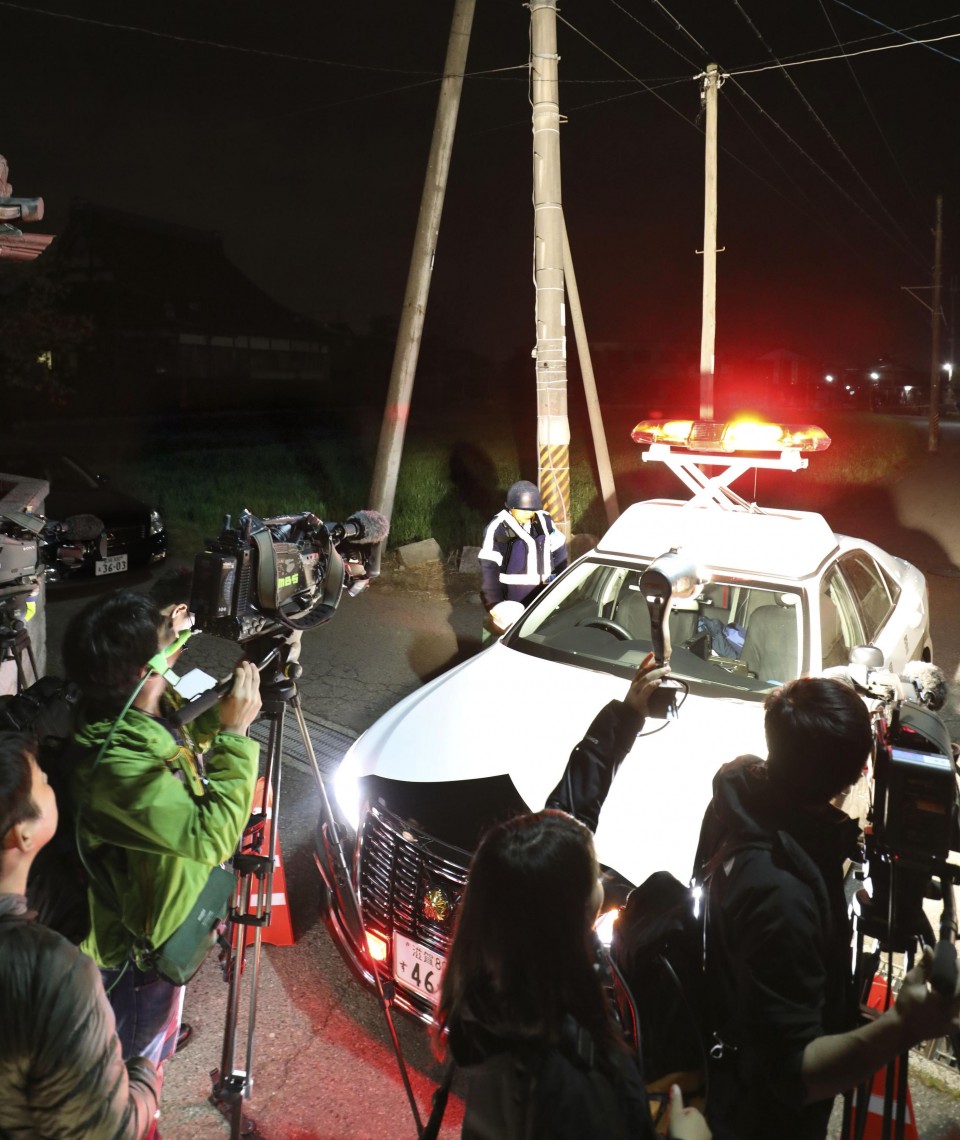 (The police car allegedly used by the suspect)

BREAKING NEWS: Trump says he hopes Japan to do more for security alliance

BREAKING NEWS: No other people in Japan suspected to be infected with new v