Nicknamed "Iron Man," Kinugasa played for the Hiroshima Carp from 1965 to 1987 and was the Central League's 1984 MVP. He is tied for fifth in hits in Nippon Professional Baseball history with 2,543, sixth in runs with 1,372, and tied for seventh with 504 home runs.

On June 11, 1987, Kinugasa played in his 2,130th consecutive game, equaling Lou Gehrig's professional record total, and surpassed it two days later in front of a sold-out stadium Hiroshima Municipal Stadium. Kinugasa's total was in turn surpassed by Cal Ripken Jr. of the Baltimore Orioles on June 14, 1996. The Japanese legend was on hand that day to congratulate Ripken in Kansas City.

Born in Kyoto in 1947, Kinugasa was raised by his single mother. He reportedly never met his father, an African-American serviceman stationed in Japan after World War II.

A home run-hitting catcher out of Kyoto's Heian High School, Kinugasa said his idol as a schoolboy was not the Yomiuri Giants' home run king Sadaharu Oh or America's most famous home run hitter, Babe Ruth, but African-American superstar Willie Mays of the San Francisco Giants, who combined both speed and power.

Despite the heights he eventually reached, Kinugasa struggled to establish himself as a pro. Writing about his career in his 2008 book "The Ballpark of the Baseball Gods," he talked about the easy route he expected as a slugging high school player because the Carp were a team with few young players and a regular catcher who did not hit much.

"I was 18, and my thinking was still that of a child," he wrote. "If I went to the Carp I would quickly be able to get in games and become a regular." 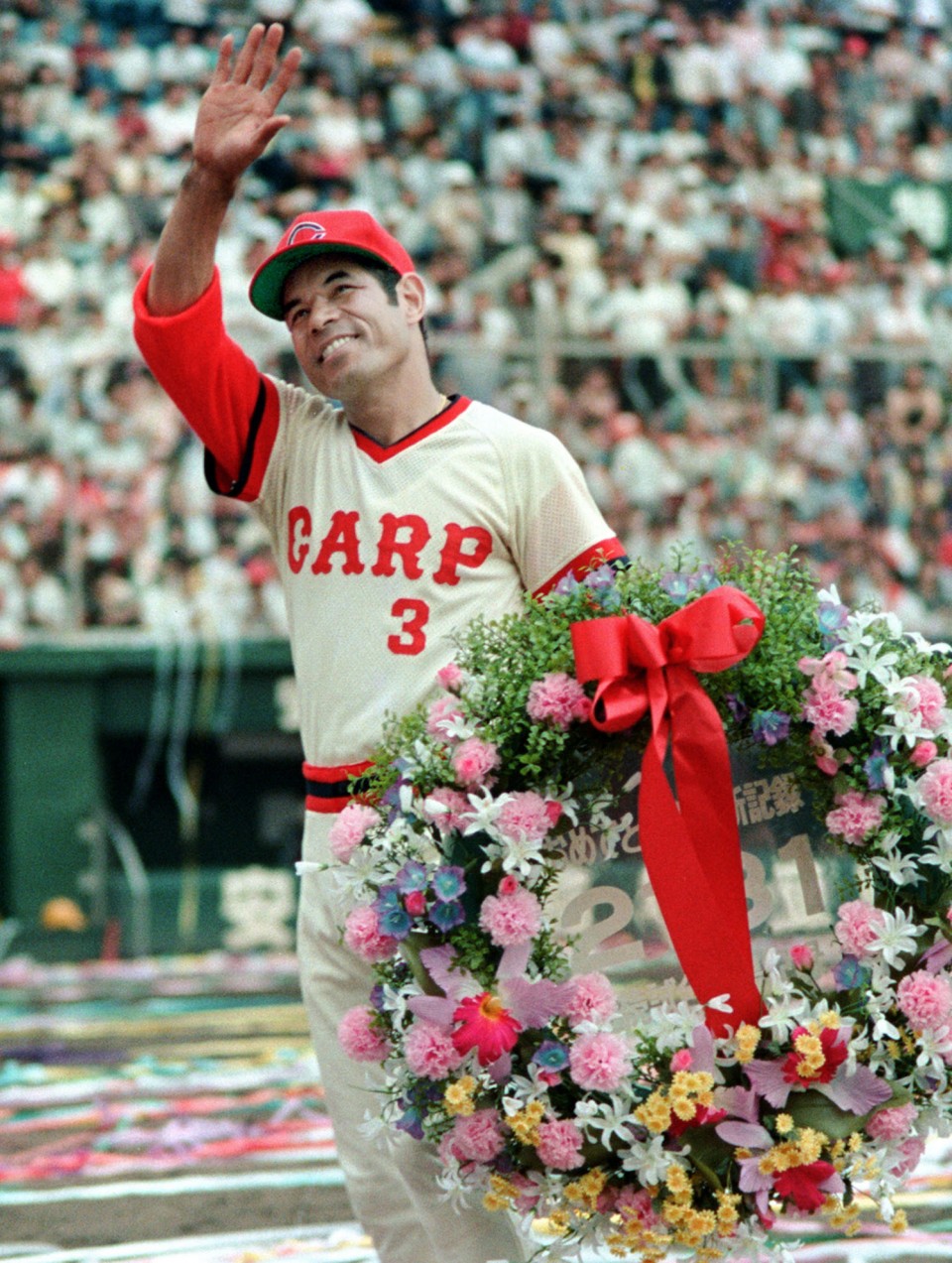 But Kinugasa hurt his throwing arm in his first spring training and never excelled at catching breaking balls from top-flight pro pitchers, and ended up catching just 19 games in his career. Instead, he worked on his hitting to earn a spot playing first base.

"That was a blessing for me, because I didn't like catching pitchers in the bullpen before the game, and not doing that allowed me to work more on my hitting," he wrote.

In 1975, new Carp skipper Joe Lutz shifted Kinugasa to third base, opening up a spot for a big hitting foreign player at first. That proved to be one of the keys to the team's first CL championship.

Kinugasa and fellow Hall of Famer Koji Yamamoto became the core of the Carp dynasty from 1975 to 1984 -- during which the team won four CL pennants and three Japan Series titles.

"Until we won our first championship, I saw him as my rival," Yamamoto said Tuesday. "But when we (finally) got into a pennant race we were able to communicate heart to heart. My fondest memory of that year (1975) was in the All-Star series, when we as Carp representatives, hit back-to-back home runs."

After his playing career, Kinugasa continued to be involved in baseball as a commentator. Kinugasa and Ripken collaborated to teach and promote baseball, with the Japanese legend regularly going to the U.S. state of Maryland in the summer to help with events Ripken organized.

He became the second baseball player, after Oh, to receive the People's Honor Award in 1987. The award, which was initiated in 1977, is given by the prime minister to honor people for outstanding achievements.

"Because he always worked his utmost to the very end, I feel he truly was an iron man."