The female mayor of a city in western Japan visited sumo's governing body Thursday and asked it to reconsider its longstanding policies excluding women and embrace gender equality.

Takarazuka Mayor Tomoko Nakagawa, who was barred from entering a sumo dohyo ring on the grounds of gender, met with the Japan Sumo Association's public relations chief Shibatayama and asked that the "nyonin kinsei" (no females allowed) policy be tabled for discussion.

"Mr. Shibatayama said he heard me as a member of the (JSA) board and said they will hold discussions. I hope that this takes us forward and tradition isn't used as an excuse to end talks," Nakagawa said.

The 70-year-old said she proposed changes to existing rules, such as one that prohibits female politicians from honoring winners in the ring.

At a local exhibition event on April 6, Nakagawa was forced to make her speech outside the ring despite seeing her male counterparts making speeches inside the ring earlier in the same week, and asked that she too be allowed access.

But the JSA rejected her request, just as it has done on previous occasions over the past 30 years when approached by female politicians. Nakagawa said she was told by the JSA to respect the tradition and make her remarks ringside. 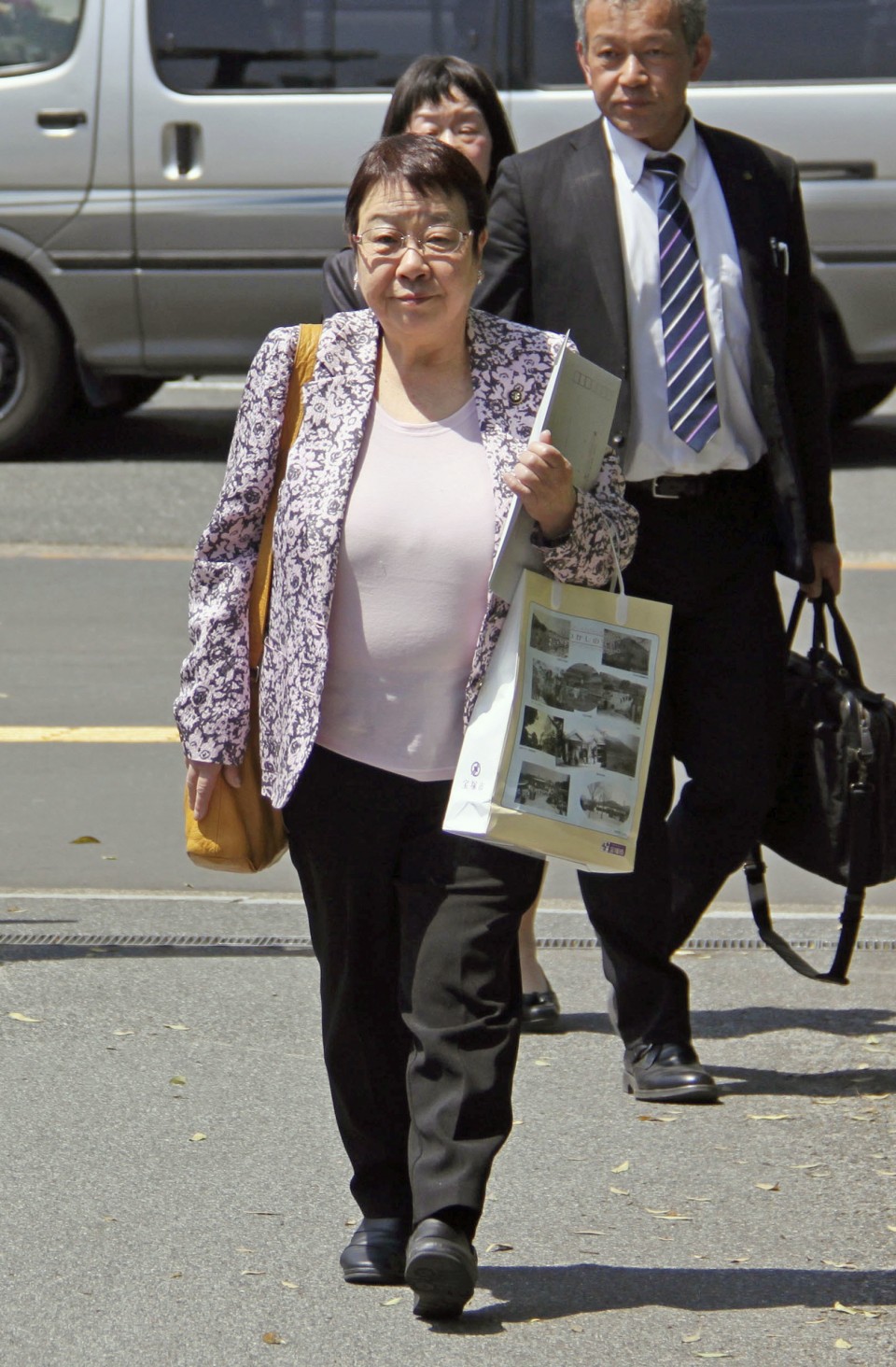 The dohyo raised ring is regarded as sacred, and women have been banned from entering because they are considered "ritually unclean" in the male-only sport of sumo.

Nakagawa visited the Sports Agency later on Thursday to ask the agency to advise the JSA to consider her request.

Yuzuru Imasato, the agency's deputy commissioner, said, "In principle, the JSA has to consider this among themselves. We will inform the association (of Nakagawa's request)."

Nakagawa has served as mayor of Takarazuka city in Hyogo Prefecture since 2009.

Another female mayor in western Japan stepped up to address support for Nakagawa's claim ahead of July's summer regional tour in Otsu, Shiga Prefecture.

Otsu Mayor Naomi Koshi told one of the sumo elders visiting the city that the sports' governing body should reconsider the treatment of men and women.

"Sumo is a highly public sport so it requires sexual equality," she said. "As a female mayor, I cannot give a speech (during the regional exhibition) in a different position to my male counterparts."

The Edagawa stablemaster, who heard Koshi's request, said he would refrain from making a comment since he visited the city to promote the tour.