Kim's surprise visit to China from Sunday to Wednesday came ahead of an expected summit between North Korea and the United States at which Washington is likely to strongly urge Pyongyang to take concrete steps toward denuclearization. 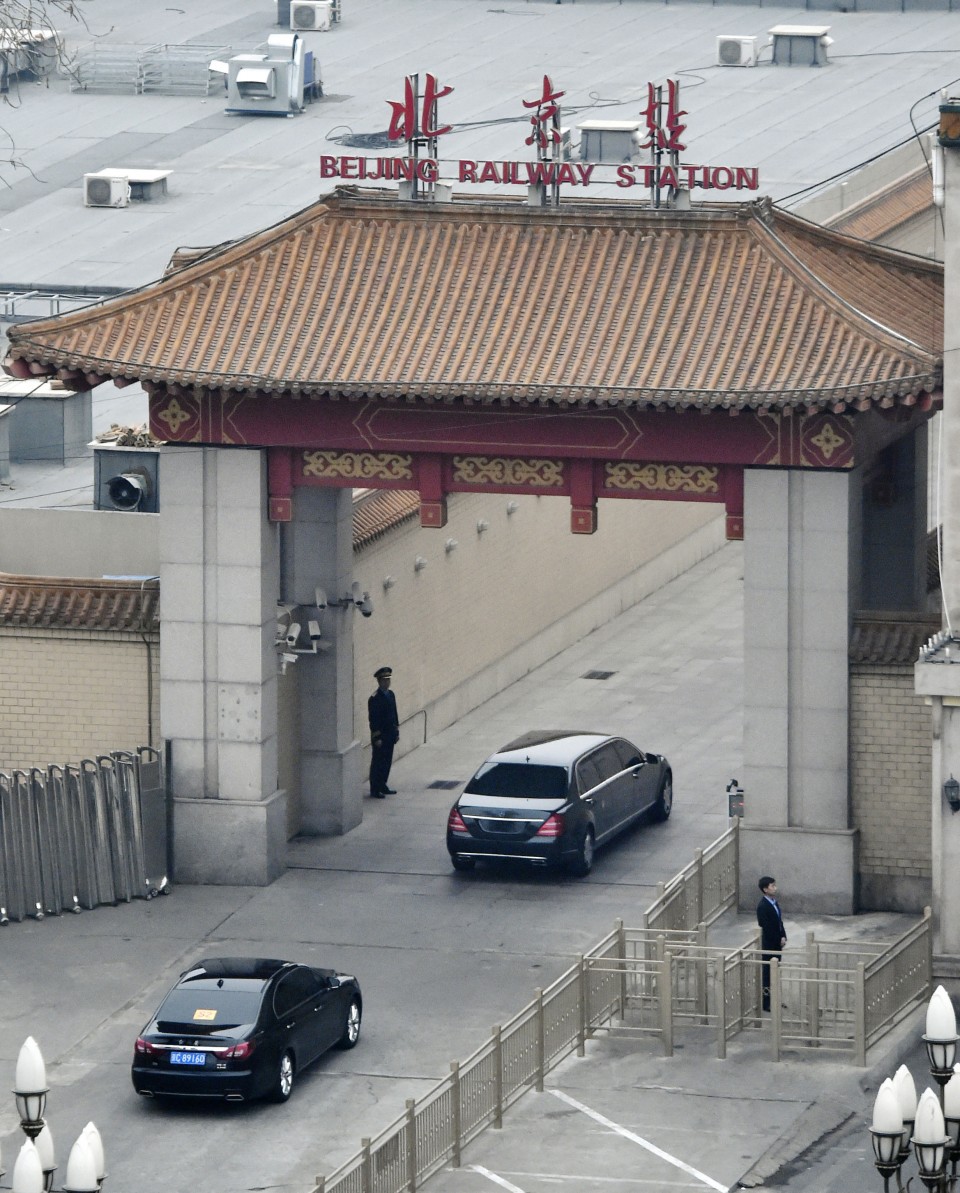 As U.S. President Donald Trump recently has named hawkish officials to key foreign policy posts, Kim appears eager to conduct negotiations with the United States with the backing of Xi, in the view of analysts.

Kim held a summit with Xi on Monday, state-run media in both countries reported after days of speculation, in Kim's very first meeting with the head of state of another country since becoming the North Korea's leader following the death of his father Kim Jong Il in 2011.

While South Korea welcomed the meeting, it increased concern in Tokyo that Japan is lagging behind other major countries in shaping the rapid unfolding of events involving North Korea since the start of the year. 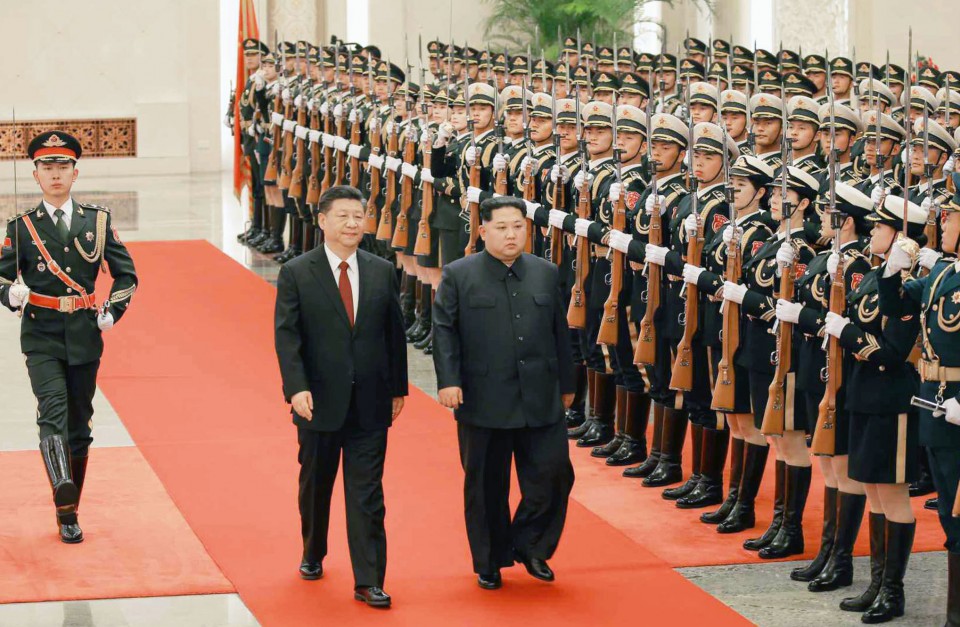 During their summit at the Great Hall of the People in Beijing, Kim told Xi that he is committed to denuclearization on the Korean Peninsula "in accordance with the will" of his grandfather, Kim Il Sung, and his father.

Kim, however, added it is up to the United States and South Korea whether the goal can be achieved, according to Xinhua.

"The issue of denuclearization of the Korean Peninsula can be resolved, if south Korea and the United States respond to our efforts with goodwill, create an atmosphere of peace and stability," Kim was quoted by the Chinese news agency as saying. 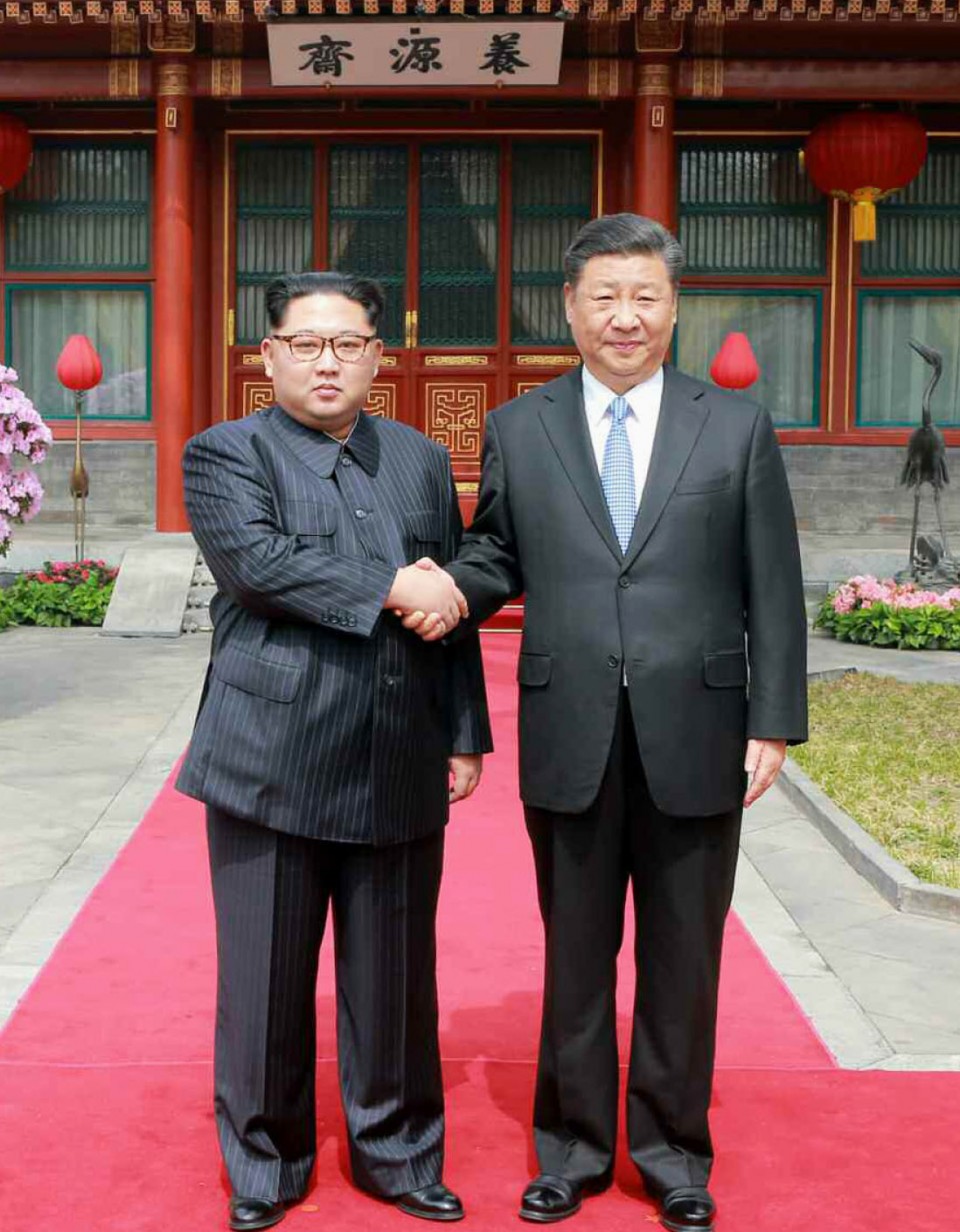 Xinhua also reported Kim as saying the situation on the peninsula "is developing rapidly and many important changes have taken place," and agreeing with Xi that the two countries will deepen bilateral ties.

Relations between the neighboring Communist countries have been strained in recent years over Pyongyang's nuclear ambitions.

Regarding the meeting between Kim and Trump envisioned to take place possibly by the end of May, Kim said North Korea is willing to have a summit and dialogue with the United States, according to Xinhua.

Trump said in a Twitter post later Wednesday, "Everyone said that peace and the denuclearization of the Korean Peninsula was not even a small possibility. Now there is a good chance."

Kim "looks forward to his meeting with me," Trump said in a separate post.

With a similar summit expected with South Korean President Moon Jae In in late April, Kim said the North is determined to turn inter-Korea ties into a relationship of reconciliation and cooperation, the Chinese news agency said.

The North Korean leader said of his visit to China that he aims to "enhance strategic communication and deepen traditional friendship," Xinhua reported, indicating his desire to revive the two countries' "blood-brother" relationship since the 1950-53 Korean War.

Kim extended an invitation to Xi to visit North Korea, which was "accepted with pleasure," KCNA said. 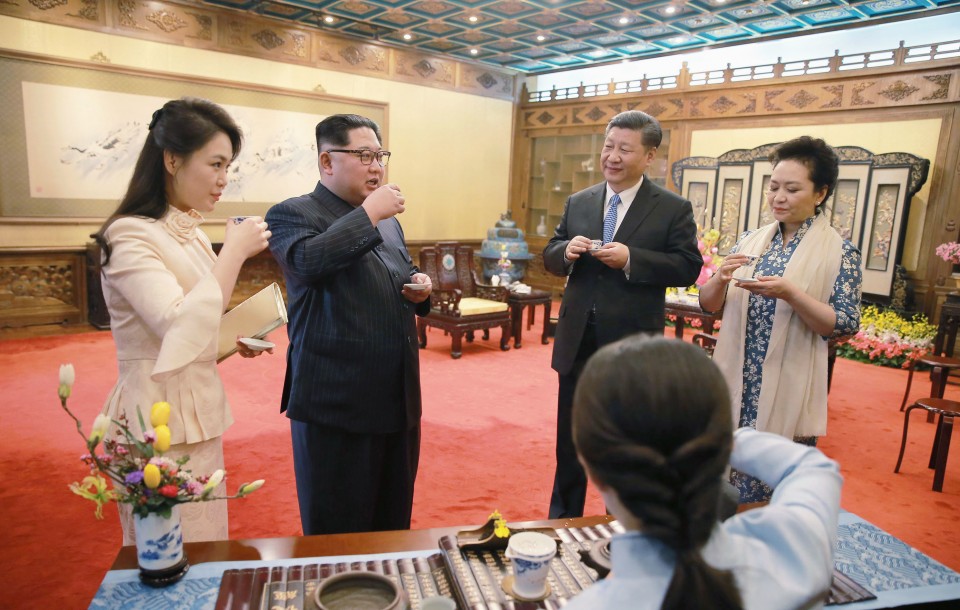 China is known as Pyongyang's main economic lifeline. But Kim, who has pursued nuclear weapons and ballistic missiles programs, had not previously met with Xi.

The summit was held as economic sanctions imposed by China and other countries weigh heavily on the North Korean economy.

"As a permanent member of the U.N. Security Council, there is no doubt that China will fulfill its international obligations," Foreign Ministry spokesman Lu Kang told a press conference.

China for its part appears keen to get closer to North Korea to secure its ability to sway the course of events on the Korean Peninsula in the months and years ahead.

The office said Kim's denuclearization pledge "will have positive effects" on the North's possible summits with the United States and the South.

In Tokyo, Japanese Prime Minister Shinzo Abe told parliament later Wednesday that he takes a great interest in North Korea's movements and is gathering and analyzing information, adding, "We want to receive a thorough explanation from China."

On Sunday, a train similar to one used by Kim's father, who was known for shunning air travel, passed through the Chinese border city of Dandong, well-informed sources said earlier.

It was the first time since August 2011 for a North Korean leader to visit China. 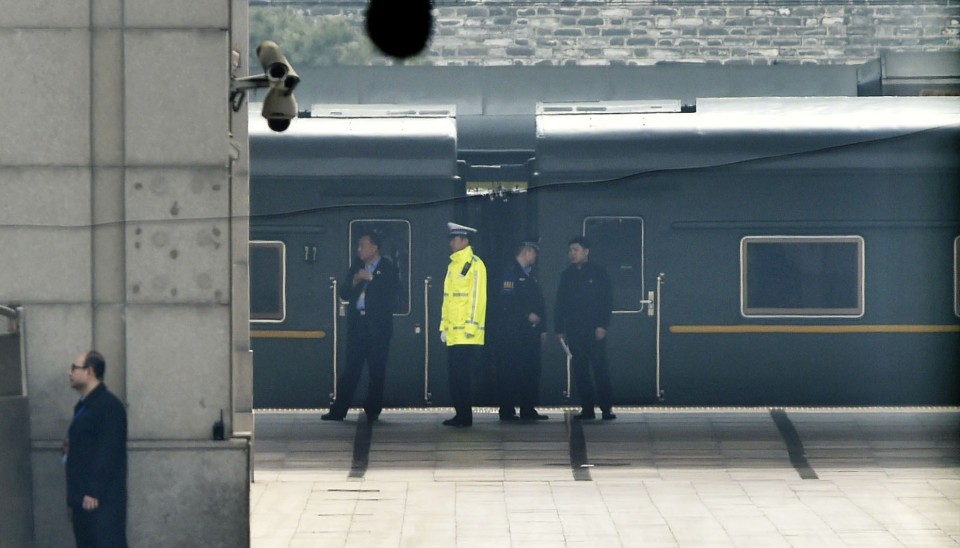 The train arrived at a Beijing station on Monday. Strict security was in place until the next day around the Diaoyutai State Guesthouse, where foreign dignitaries usually stay on their trips to Beijing.

The train carrying Kim and his entourage left Beijing on Tuesday afternoon after Kim, Xi and their wives had a luncheon at the guesthouse, KCNA said.