Extra-tight security in Beijing on Tuesday sparked speculation of a visit to the Chinese capital by North Korea's leader Kim Jong Un, as Kyodo News confirmed a train believed to be carrying a dignitary of great importance departed Beijing station around 3 p.m., apparently bound for Pyongyang.

Later in the day, some South Korean and Hong Kong media reported that Kim had visited China and held a summit with Chinese President Xi Jinping, but the South Korean government said it was unable to confirm the authenticity of the reports.

Bloomberg News earlier also reported that Kim made a surprise trip to Beijing, citing three people with knowledge of the visit. Neither North Korea nor China has so far announced a visit by Kim.

If confirmed, it would be Kim's first trip to another country since becoming supreme leader after the death of his father Kim Jong Il in 2011. China is known as North Korea's main economic lifeline.

A visit by Kim or a senior official of his regime would likely have been aimed at improving bilateral relations that have been strained over Pyongyang's nuclear ambitions, ahead of a U.S.-North Korea summit expected to take place by the end of May. 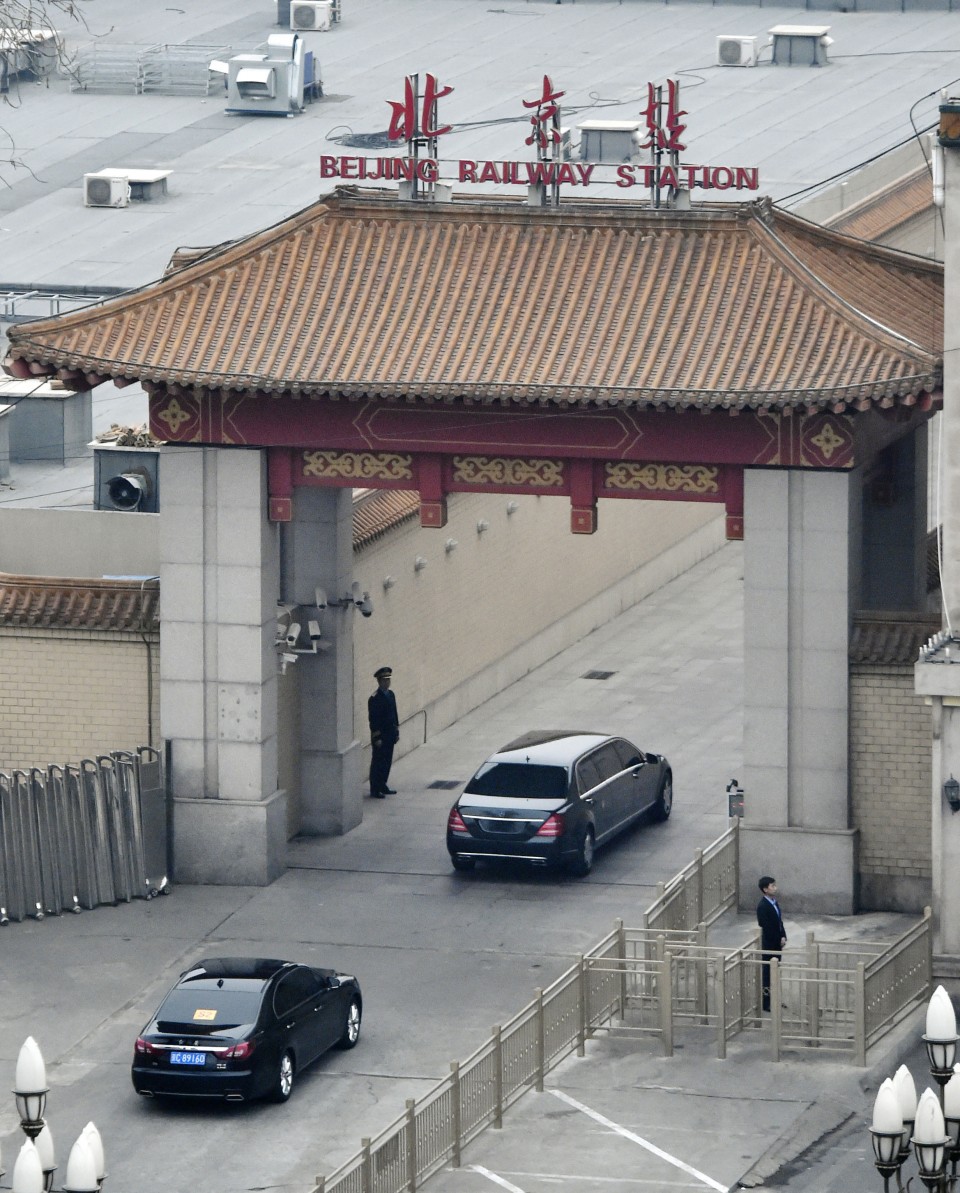 As China has tightened restrictions on trade with North Korea, the visitor may have sought their relaxation and the provision of assistance to tackle the sanctions-hit country's food and energy shortages, for example, according to foreign affairs experts.

China is also willing to get closer with North Korea so as not to lose its influence, out of concern that the course of events on the Korean Peninsula might otherwise be determined without its input or influence in the months and years ahead.

Kim has reportedly agreed to hold a summit with South Korean President Moon Jae In in late April.

Still, Chinese Foreign Ministry spokeswoman Hua Chunying said at a press conference Tuesday that Beijing has no knowledge of the situation, with announcements to be made as news emerges.

The White House said Monday that the United States is unable to confirm news reports that Kim is currently visiting his country's main ally and neighbor. "We can't confirm those reports. We don't know if they're necessarily true," White House deputy press secretary Raj Shah said in a news briefing.

Some South Korean media reported that Kim Yo Jong, Kim's younger sister and close aide, may have visited Beijing, but a representative of the country's presidential office said there is no information that corroborates the reports.

The visitor might have been North Korea's ceremonial leader Kim Yong Nam or Choe Ryong Hae, the nation's de facto No. 2 figure who is regarded as Kim's right-hand man, sources close to the matter told Kyodo News.

State-run media of both China and North Korea have so far not reported on a visit by a North Korean VIP. 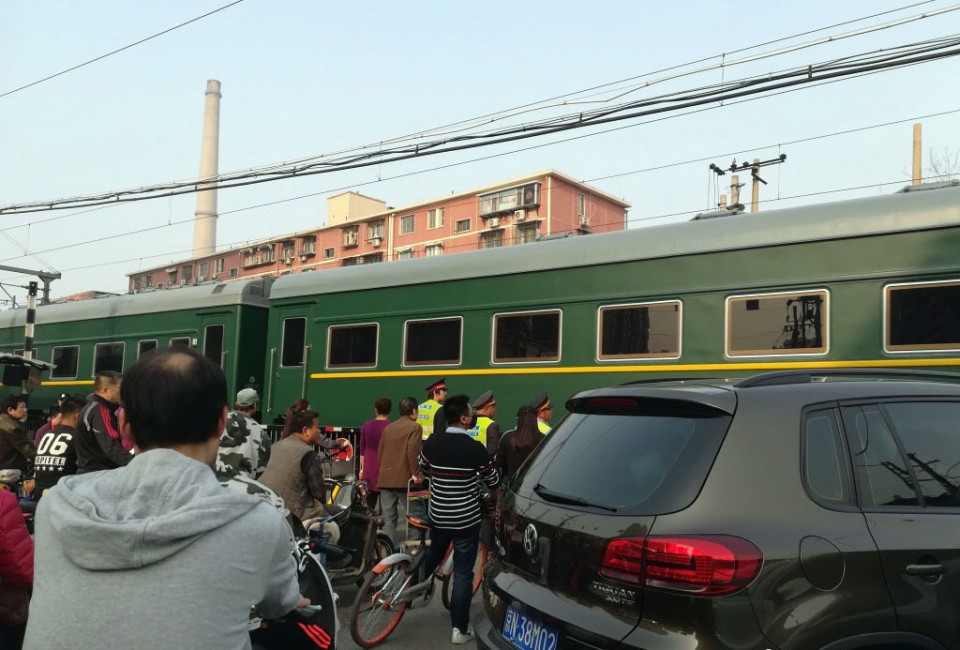 On Tuesday, strict security was in place around the Diaoyutai State Guesthouse, where foreign dignitaries usually stay on their trips to Beijing.

In the morning, cars left the guesthouse traveling in the direction of Zhongguancun in Beijing, which is known as "China's Silicon Valley." Severe traffic restrictions caused heavy traffic disruptions in the area.

A car bearing a diplomatic license plate of the North Korean Embassy was spotted Monday at the Great Hall of the People, a state building used for activities by the government and the ruling Communist Party of China.

The possibility cannot be ruled out that a North Korean VIP held talks with Chinese officials.

A special train that might have carried the visitor passed through the Chinese border city of Dandong on Sunday and arrived at Beijing station on Monday, the sources said.

Kim's father, Kim Jong Il, visited China eight times during his tenure as North Korea's supreme leader. The special train was similar to one that was used by his father, the sources said.