Shoma Uno's latest training session ahead of the upcoming figure skating world championships in Milan was cut short Tuesday as he appeared to have sustained an ankle injury on the second day of official practice.

According to a representative of the Japan Skating Federation, Uno will still compete in the men's short program on Thursday, the day after competition gets under way at the Mediolanum Forum. 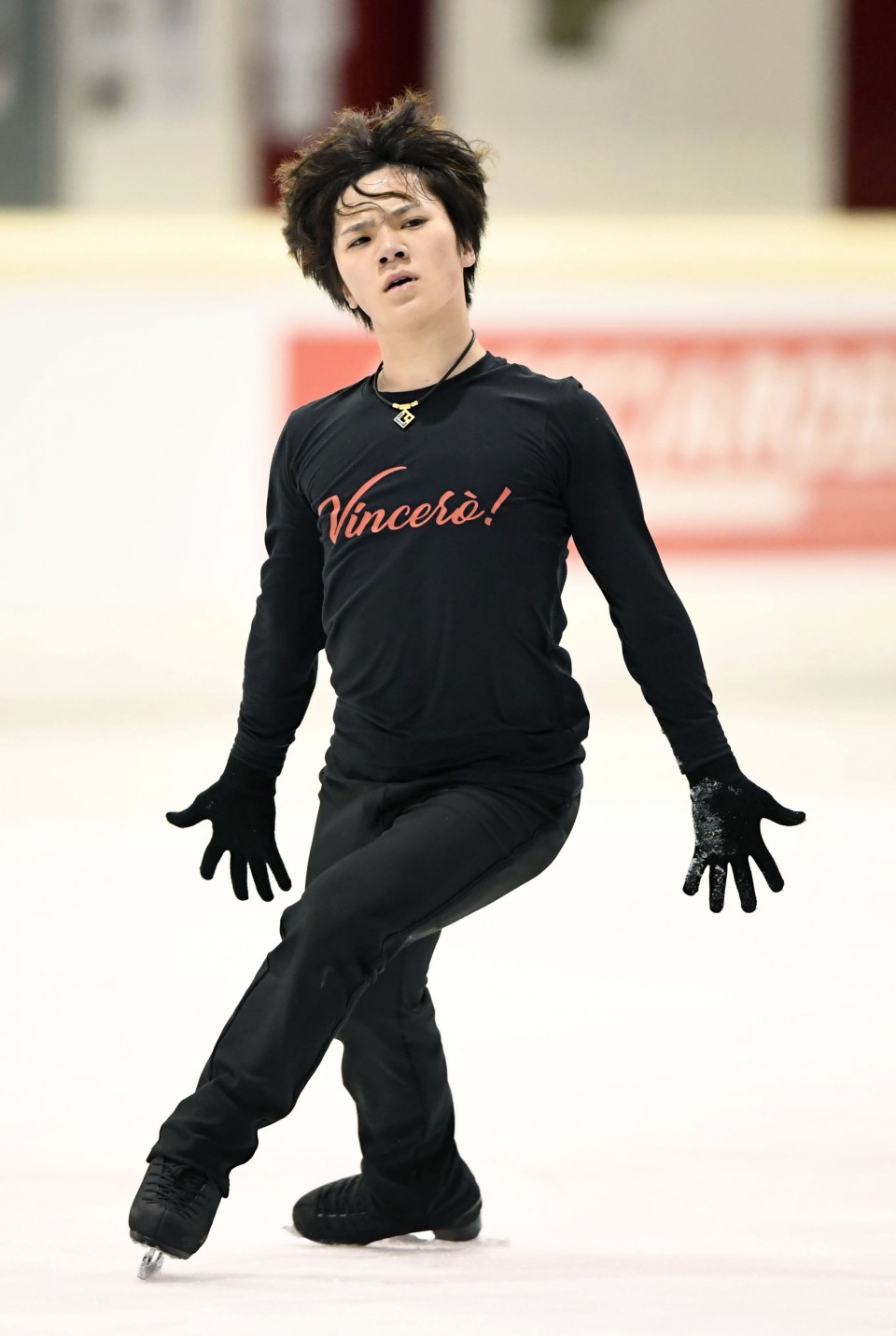 An examination after the practice revealed that no fracture had been sustained, but the representative confirmed that Uno's skates had been causing him pain. It is expected that he will make changes to his routine as a result of the incident.

The 20-year-old Japanese, a silver medalist at the recent Pyeongchang Olympics, mentioned changing his skates after a missed quad flip during practice Tuesday morning.

On Tuesday evening, Uno left the ice rink after a few minutes before performing any jumps, and was carried to a bus on a staff member's back with a cold pack around his ankle, saying to reporters "I'm OK."

Two-time Olympic gold medalist and defending world champion Yuzuru Hanyu will miss the world championships as he recovers from an ankle injury.

The combined results of a country's top-two finishers at the March 21-25 event will determine the number of berths for next year's world championships in Saitama, Japan, with three being the maximum for both men and women.

The women's short program will be held Wednesday and their free skate on Friday. The men's free skate will take place Saturday.