North Korean leader Kim Jong Un's pledge to suspend missile and nuclear activities during dialogue with South Korea and the United States heralded a turning point in the security environment in the Asia-Pacific region.

But even if Pyongyang's talks with Seoul and Washington are realized, it is uncertain whether Kim will really stop developing weapons of mass destruction as the country has broken promises several times so far, a source familiar with the North Korean situation said. 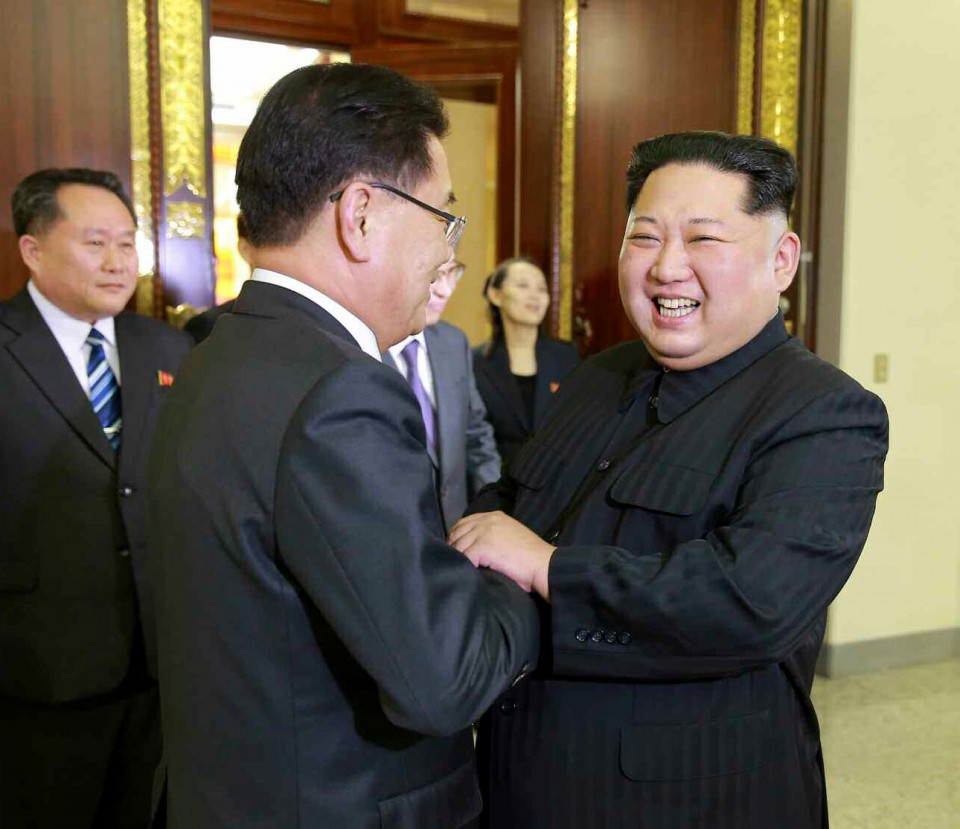 During a meeting between Kim and special envoys of South Korean President Moon Jae In, several surprising agreements were made.

The two Koreas agreed to hold their first summit in over a decade in late April, with the North expressing a readiness to hold denuclearization talks with the United States, South Korean officials said Tuesday.

Pyongyang vowed to refrain from weapons testing during the period of dialogue with Washington on denuclearization and normalization of bilateral ties, while saying there is no reason to possess nuclear weapons in the presence of security guarantees and the absence of threats, the officials said.

Although the White House has reiterated any dialogue with Pyongyang must focus on the Northeast Asian state giving up its nuclear weapons programs, Kim's suggestion of at least a temporary suspension of testing has raised the possibility of bilateral talks.

International economic sanctions "have started to seriously take effect" and North Korea has been "forced to get close to the United States," the source, who often visits Pyongyang, said on the condition of anonymity.

Since he became North Korea's supreme leader following the death of his father Kim Jong Il in 2011, Kim has met with foreign officials only a few times, including those from Pyongyang's friendly socialist nations such as China and Cuba.

Kim, however, invited Moon's special envoys to the headquarters of the ruling Workers' Party of Korea, where South Koreans have not stepped in. 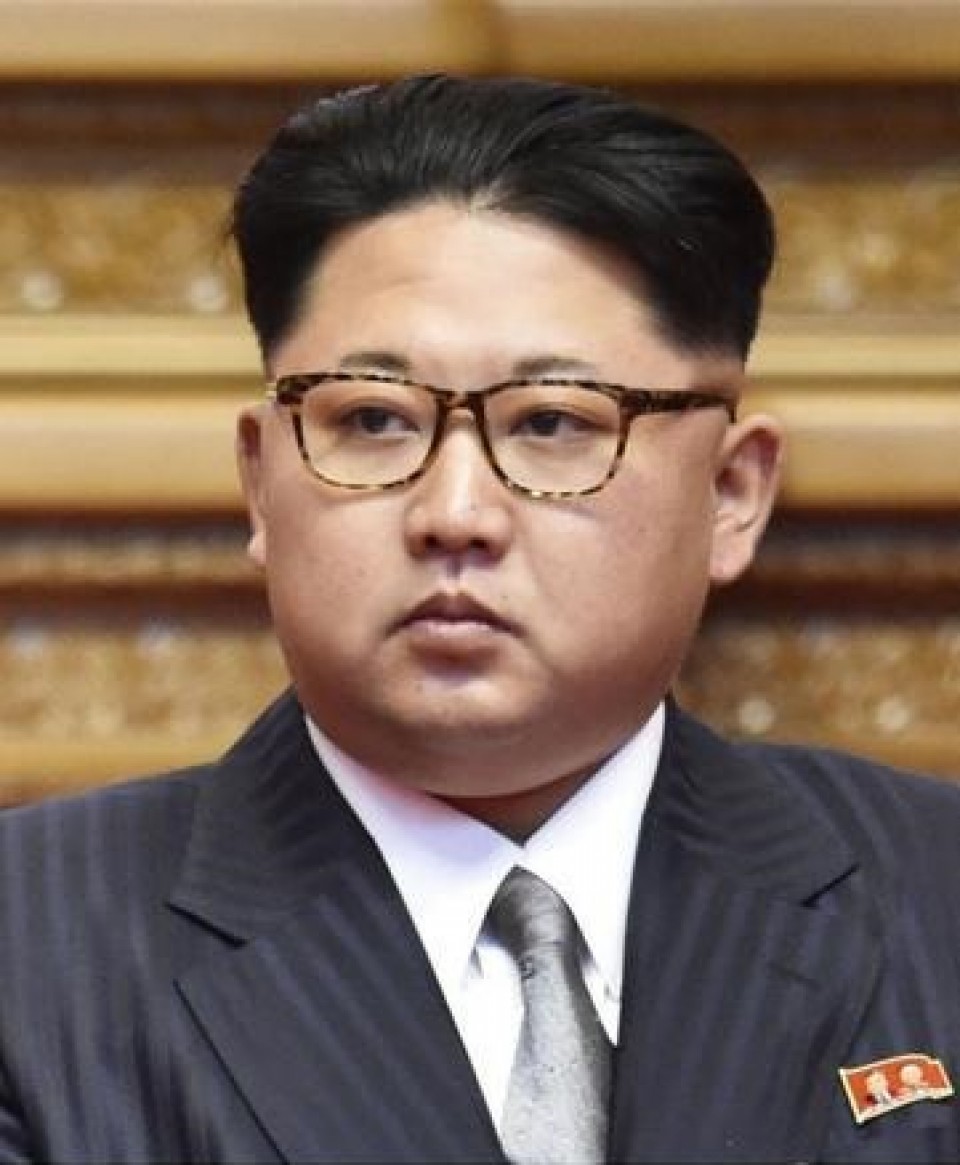 He also hosted a dinner for the delegation with his wife Ri Sol Ju, and had a photo session with the special envoys, the North's official Korean Central News Agency said, which the source called the "best treatment" accorded to guests.

After the trip to Pyongyang, the envoys will visit the United States to explain the outcome of their stay in North Korea, the South's presidential office said.

Nevertheless, many policymakers and diplomatic experts are not yet optimistic about the security outlook for the Korean Peninsula.

"When dealing with North Korea, including through this dispatch of envoys from South Korea, we should reflect fully on the lesson that past dialogue has not led to North Korea's denuclearization," Japanese Chief Cabinet Secretary Yoshihide Suga said at a press conference Tuesday.

Prime Minister Shinzo Abe's government has voiced concerns that Pyongyang is just trying to weaken international economic sanctions against it by cozying up to South Korea and buy more time to advance its missile and nuclear technologies.

In his address to the U.N. General Assembly in New York in September, Abe, who has called tackling the issue of abductions of Japanese nationals by Pyongyang his "life's work," said talking with North Korea wastes time.

"The international community continued its efforts towards dialogue with North Korea with great perseverance. However, what we had to learn is that during the time this dialogue continued, North Korea has no intention whatsoever of abandoning its nuclear or missile development," Abe said in the speech. 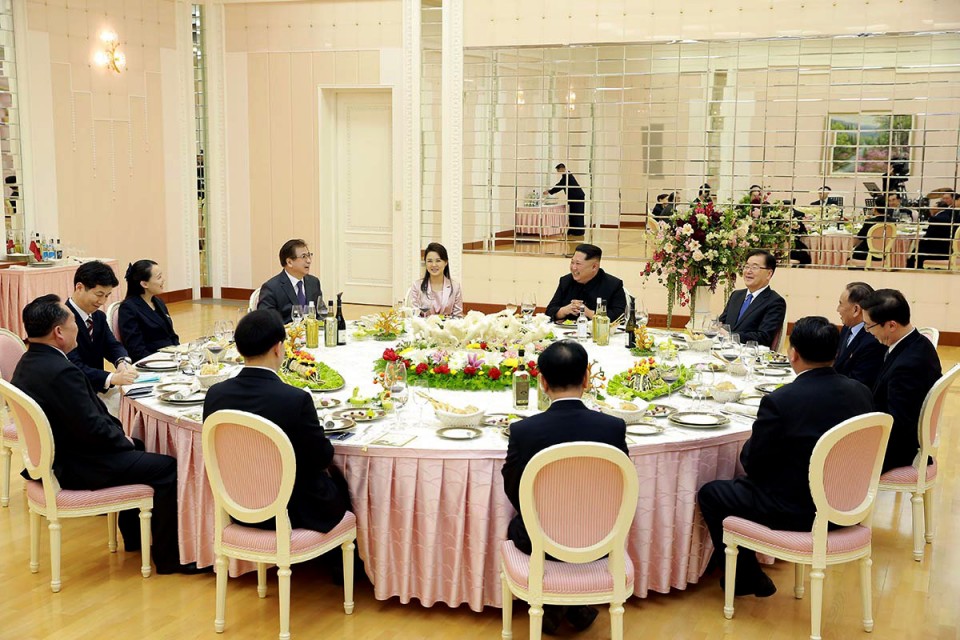 Indeed, on Tuesday, the same day when the details of dialogue between Kim and Moon's special envoys were reported, North Korea's leading newspaper said the country is bolstering its nuclear arms to deter a U.S. invasion.

"The dark clouds of a nuclear war still hang heavily over the earth due to the U.S. invariable aggression ambition and nuclear war moves aimed at putting the world under its domination by force," the Rodong Sinmun of the Workers' Party said.

"The situation eloquently proves how just the DPRK is when it has strengthened the capabilities for self-defense in quality and quantity with the nuclear force as a pivot," it said. DPRK is the acronym of North Korea's formal name, the Democratic People's Republic of Korea.

The U.S.-Korea Institute at Johns Hopkins University, meanwhile, said on its 38 North website Monday that a reactor at the Yongbyon nuclear complex, around 100 kilometers north of Pyongyang, continues to show signs of operation.

"If the reactor is operating again, as the evidence suggests, it means North Korea has resumed production of plutonium presumably for its nuclear weapons program," the institute in Washington said.

Yun Duk Min, a former president of the Korea National Diplomatic Academy affiliated with the South Korean Foreign Ministry, was quoted by the South's media Tuesday as saying the nuclear crisis will not be resolved so easily.

"I don't think only one-time visit by special envoys to North Korea will contribute to resolving all the problems on the Korean Peninsula," Yun said at a meeting held in parliament, according to Yonhap News Agency.