Radiation levels at houses and nearby areas in a Fukushima village remain around three times higher than the target set by the government despite cleanup work following the 2011 nuclear crisis, an environmental group said Thursday.

In some areas among tens of thousands points where Greenpeace Japan conducted surveys in the village of Iitate and town of Namie last September and October, the levels of radioactivity were higher than the previous survey in 2016, the group said. 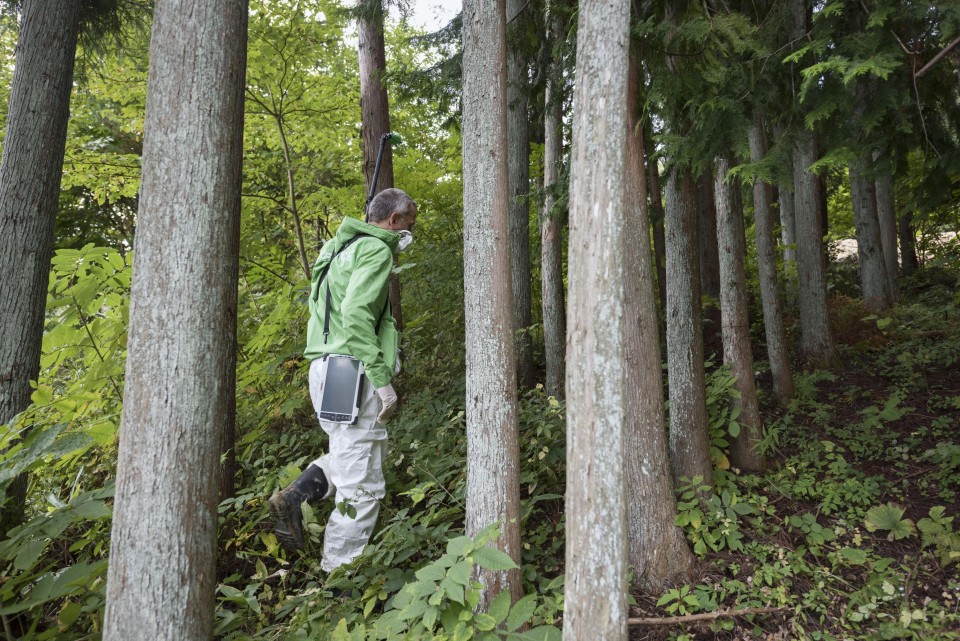 One house, located near a municipal office with little wooded areas around, marked lower radiation levels compared with the previous 2016 survey, while the levels at the five other houses near forests that have not been cleaned up stayed nearly the same.

Some of the areas in Iitate saw radiation levels rise from 2016, Greenpeace said. "There is a possibility (the environment) was contaminated again as radioactive materials that have accumulated in nearby forests may have moved around," it said.

The points surveyed covered areas in Iitate and Namie where evacuation orders have been lifted and parts in Namie that remain designated as "difficult to return zone" following the Fukushima disaster, triggered by the massive March 2011 earthquake and tsunami.

The survey also showed that the effect of cleanup work conducted in 2011 and 2012 in the Tsushima district of Namie, located 40 km northwest of the Fukushima plant, was limited, with one house there logging radiation levels of 5.8 microsieverts per hour at the highest and 1.3 microsieverts per hour on average.

The district is among areas designated as special reconstruction zones by the government. The state plans to carry out cleanup work and promote infrastructure development intensively at its expense to make such areas livable again.