Yokozuna Kakuryu suffered his first loss on Thursday, the 12th day of the Spring Grand Sumo Tournament, where he remained in the sole lead.

Facing Georgian sekiwake Tochinoshin (8-4), whom he had beaten 21 times in their 22 career meetings, Kakuryu could do little more than delay his first defeat of the 15-day tournament after getting off to the best start of his career. 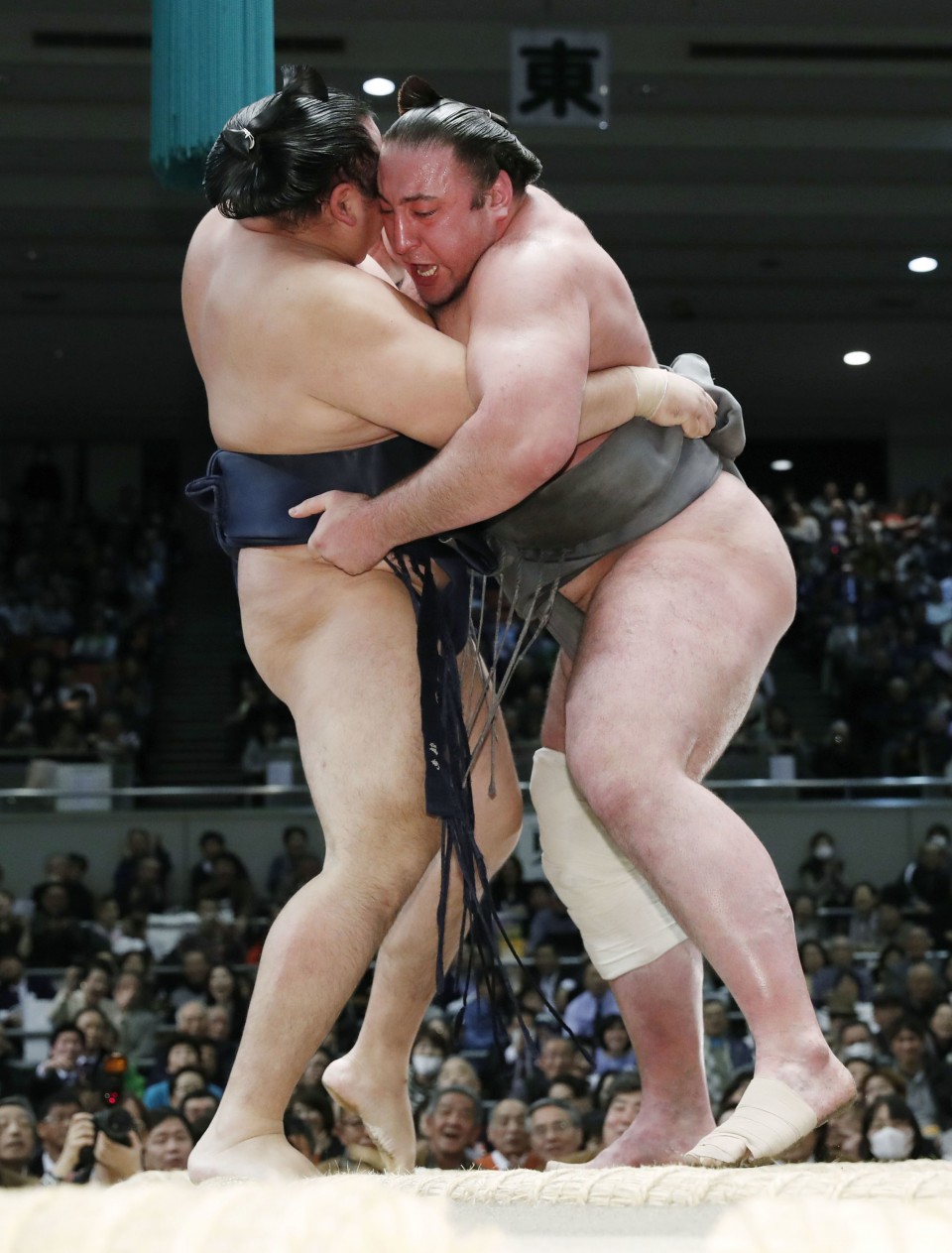 In the day's final bout at Edion Arena Osaka, the yokozuna started out well on his charge but Tochinoshin, the winner of January's New Year grand tournament, repulsed the Mongolian's first effort to latch on to the front of his belt.

"It's a good thing I didn't dwell on that (my career record against him). I was able to attack," Tochinoshin said. "My only loss (in January) came against the yokozuna, so I'm glad I could beat him."

"He came in for a hold on the front of my belt as he likes to, but I was ready for him."

The wrestlers then locked onto each other's belts, and it became just a matter of Tochinoshin exhibiting his extraordinary upper-body strength that forced the yokozuna out.

"I didn't wrestle that badly," Kakuryu said. "You have to keep him squarely in front of you."

Kakuryu's closest pursuer, Brazilian No. 6 maegashira Kaisei, suffered his second defeat when he was outmaneuvered and pulled down by No. 1 Endo (7-5).

Kaisei opened the tournament with nine straight wins, but his only victory in the past three days came by default after his opponent withdrew due to injury.

Ozeki Takayasu lost a chance to join Kaisei at 10-2 in his botched pursuit of No. 5 Chiyomaru (6-6). As Chiyomaru backpedaled in his retreat along the inside edge of the straw bales, he twisted Takayasu to the outside, forcing the ozeki to step outside the ring.

After a thunderous welcome from his hometown fans, Goeido joined his fellow ozeki at 9-3 by forcing mountainous Mongolian komusubi Ichinojo out to his fourth loss.

Sekiwake Mitakeumi lost to No. 4 Shodai, leaving both wrestlers with 6-6 records.

Looking to wrestle in May as a sekiwake for the sixth straight time, Mitakeumi got the worst of the opening charge but nearly fought his way back. He failed, however, to execute an overarm throw that left him vulnerable and was easily thrown down.