Powerful volcanic eruptions continued at Mt. Shimmoe on Wednesday, a day after its first explosive eruption in seven years, with smoke reaching up to 3,000 meters.

Local authorities around the 1,421-m volcano that straddles Miyazaki and Kagoshima prefectures on the southwestern Japan main island of Kyushu remained cautious against further large-scale eruptions. 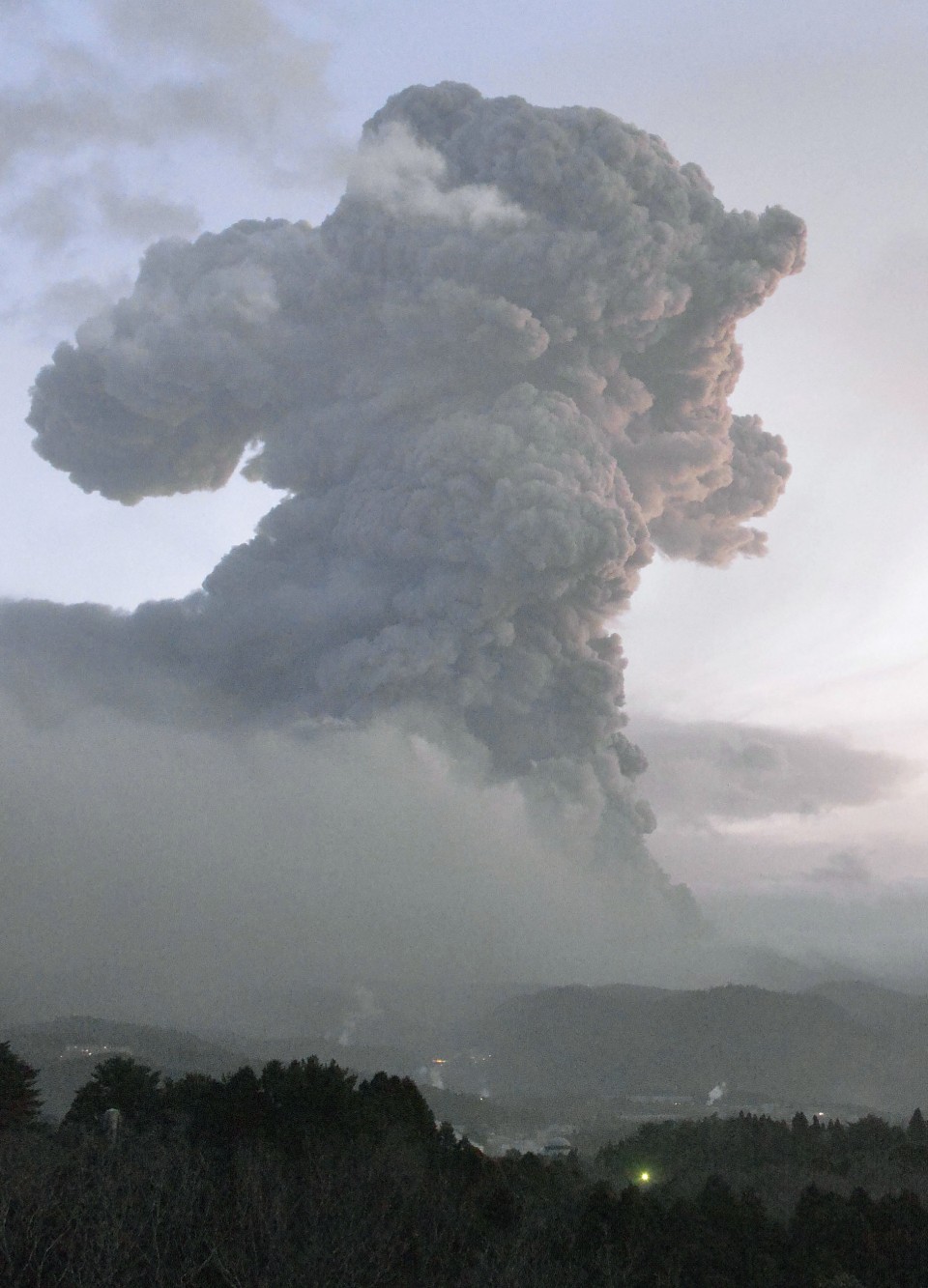 Ash spewed from the volcano continued to disrupt flights at the Kagoshima airport while the Japan Meteorological Agency maintained an alert level that restricts access to the mountain.

Following a small eruption on Thursday last week, active volcanic tremors had been detected before the volcano erupted explosively on Tuesday afternoon, according to the agency.

In an eruption early on Wednesday, a large volcanic rock flew about 1 kilometer from the crater, the agency said. No injuries or building damage have been reported.

Prior to the latest events, the most recent explosive eruptions observed at Mt. Shimmoe were between January and March 2011, and before that in February 1959.

More on volcanic eruptions in Japan: