Futaba, which was evacuated following the March 2011 Fukushima nuclear meltdown, is still not safe enough for people to move back, but in the meantime, local officials hope to build a museum that will become home to the stories of its displaced population.

Takamitsu Yoshino, 57, a former curator at the town's history museum, has collected a hoard of items to illustrate how people in Futaba were devastated by the calamity, forced by the earthquake and tsunami-triggered meltdown at the Fukushima Daiichi nuclear plant to become domestic refugees.

The materials include makeshift cardboard tables and temporary changing rooms, notices for counseling, and volunteer reception signage for a school building where each classroom was packed with four or five households that had no privacy for more than a year.

"People (across the country) might forget about us as time goes by, just as I gradually became less concerned about the aftermath of Kobe," Yoshino, who is in charge of the museum project, said in reference to the 1995 Great Hanshin-Awaji Earthquake, which like the March 11, 2011 earthquake-tsunami-nuclear disaster striking northeast Japan also had a death toll in the thousands. 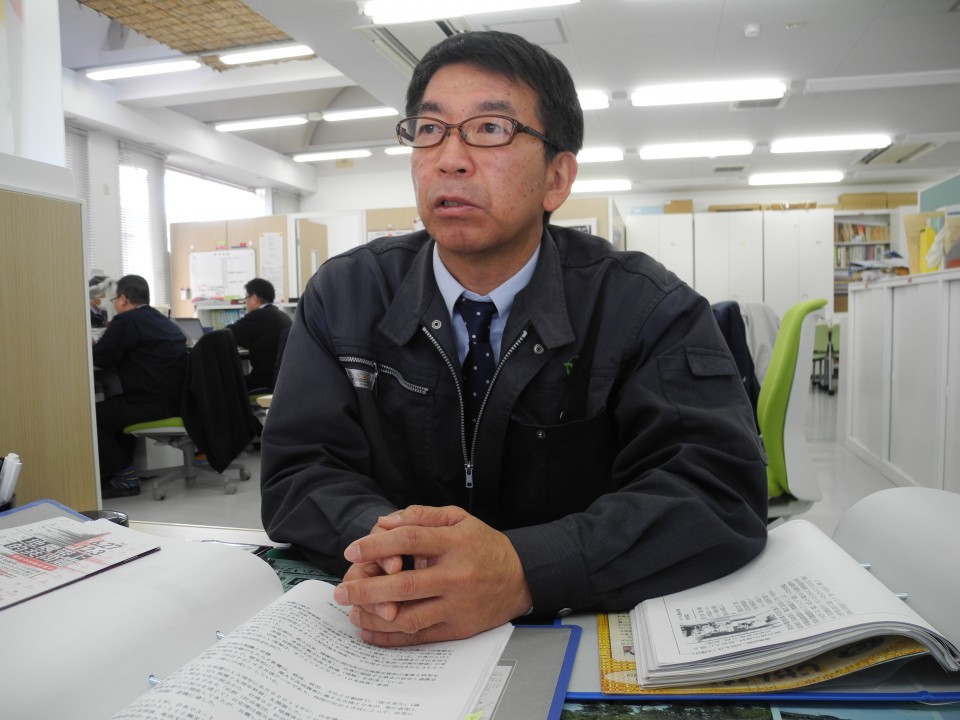 On the eve of the seventh anniversary of the town populace's flight due to fears of nuclear radiation from the crippled nuclear complex, almost all of Futaba's nearly 7,000 residents are still unable to return as 96 percent of the town area is still off-limits for habitation.

Yoshino evacuated the town the day after the March 11 quake and tsunami, leaving with just a little cash and a credit card. He was only reunited with his wife two months later, and during one two-week period, he was only able to bathe three times.

He was dumbstruck by the lack of basic emergency relief supplies such as blankets to distribute to some 1,200 evacuees while he stayed at a former high school building in Saitama Prefecture, north of Tokyo. Some elderly people, especially, had a rough time coping as refugees.

Yoshino bounced around several locations in eastern Japan, just like other people facing the same predicament, traveling a distance of more than 420 kilometers over a two-year period.

But all the while, he kept an eye out for articles to preserve under instructions of the then town mayor, who resigned in 2013.

Tetsuya Shirai, a professor specializing in local history and archival science at the University of Tsukuba, started discussing the conservation project with Yoshino a year after the quake.

According to Shirai, Yoshino told him that he had a "keen sense" of the power of physical objects to tell stories when the pair were having lunch inside an area formerly designated as a no-trespass zone in Futaba, where they were working to protect cultural properties.

Shirai vividly recalls the remarks and was convinced that the untold stories of the disaster could be conveyed through a collection of disaster-related objects, calling them "the greatest tools" for doing so.

The 5.5 billion yen (about $52 million) museum project is supported by a number of nonprofits, academics and volunteers, who have contributed thousands of articles from emergency shelters in Futaba to the collection.

Items have also been retrieved from temporary housing units for evacuees across eastern Japan, including over 10,000 images. Recorded interviews and Futaba citizens' personal memos and photos speak to the experiences of the displaced people, who have been termed Japan's nuclear refugees. 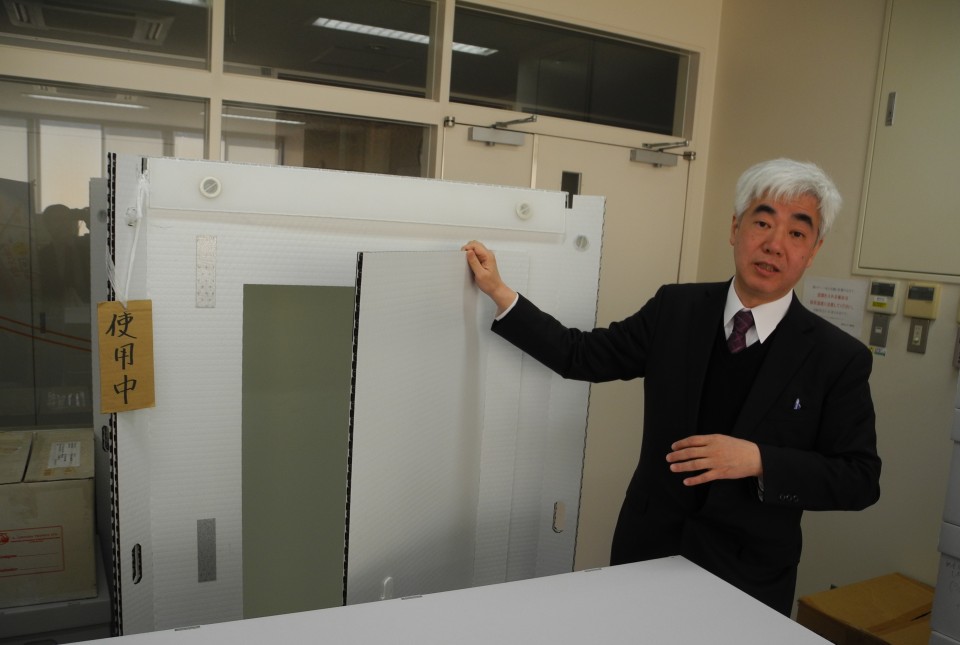 Despite difficulties grasping the invisible effects and profound consequences of the nuclear crisis, four of the town's poster-sized written records of the exchanges with TEPCO "could elucidate what was happening inside the plant and even reactors," the professor said, adding that the recordings also can show developing countries around the world the dangers of "exploiting nuclear power."

The team under the pair's leadership has accumulated around 170 boxes with various articles, equivalent to a full capacity load for a truck with a four-ton loading capacity.

Some of the historical artifacts were used for a special exhibition at the National Museum of Taiwan History for five months through last December, highlighting experiences in the same seismic zone as Japan.

The planned museum, with a total floor space of around 5,200 square meters, will be built on a plot in the remaining 4 percent of land in Futaba categorized as a zone in preparation for lifting of the evacuation order. The exhibition is expected to have a multilingual display including English.

Futaba Mayor Shiro Izawa said in a recent interview that "it is significant that the archive facility, funded by Fukushima Prefecture, resides in Futaba as the town was the most affected area."

Futaba and the nearby towns of Okuma and Tomioka are also planning to build separate archive facilities due to limited exhibition space at the larger museum.

"We must pass down the records to the next generations as our unparalleled experience in the world's history should be remembered," Izawa said. "This is the third lesson from nuclear technology after the atomic bombings in Hiroshima and Nagasaki, as well as (the nuclear meltdown in) Chernobyl."

The museum is scheduled to open before the 2020 Tokyo Olympics and Paralympics and hopes to draw foreign visitors to Japan.

Yoshino, currently an official of the town education board in Iwaki, about 40 km south of Futaba, where the main headquarters of the Futaba local government is temporarily located, has so far entered the town for rescue work on cultural properties around 160 times. He noticed that swallows have vacated the area as well, as the birds normally nest where people live.

Recalling in the interview a group of Taiwanese who visited the former high school building in Saitama to donate blankets to evacuees, Yoshino was on the verge of tears.

The preserved items also include an avalanche of sympathy letters, paper cranes and message boards of encouragement from around the globe, including Kobe, Taiwan, Hawaii and Russia. Through the collection display, "We will not just show our suffering and fate. I want to inform the world of how much we have been supported." 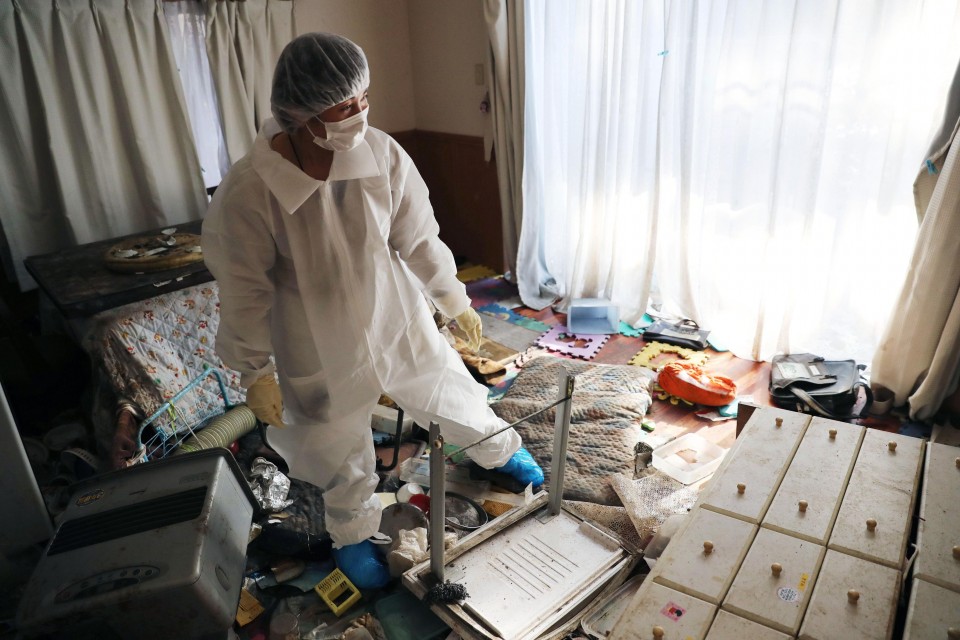