Job fairs were held across Japan on Thursday, kicking off the job-hunting season for students graduating from universities next spring.

The months-long recruitment process can make or break careers in a society where lifetime employment is still common. This year, students are likely to benefit from eagerness among firms to hire amid a deepening nationwide labor shortage.

Japan's largest business lobby has embargoed interviewing for new hires until June and actual hiring until October to ensure fairness and give students time to prepare. Smaller firms and foreign companies that are not members of the Japan Business Federation, or Keidanren, are not subject to the embargo and can hire freely. 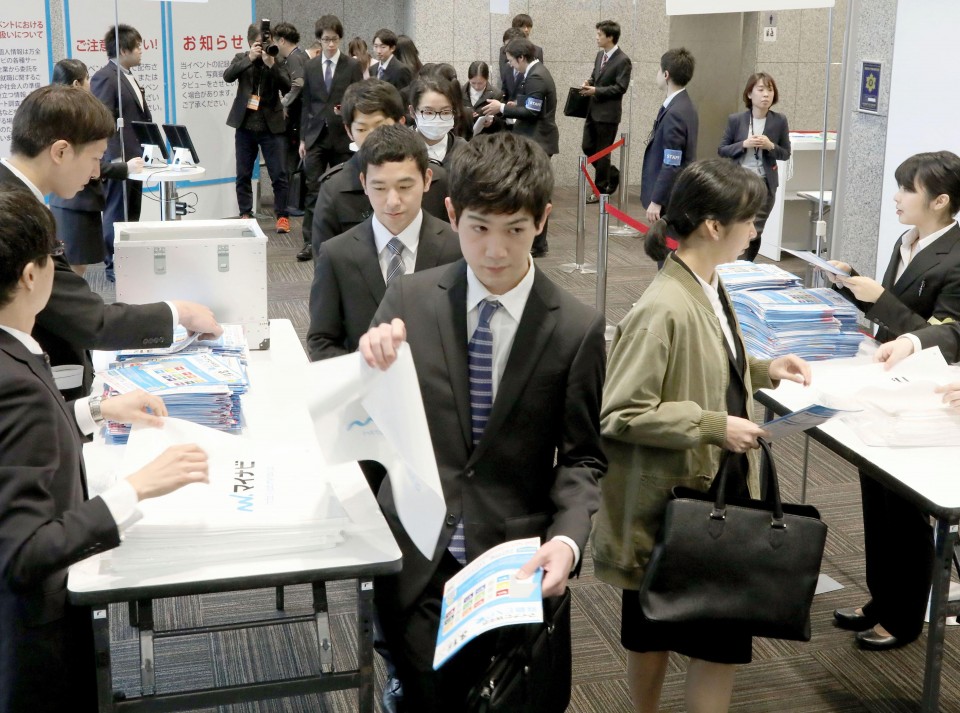 Students in uniform black suits piled into a job fair being held through Friday at the Makuhari Messe convention center just outside Tokyo. The event -- organized by Recruit Career Co., which runs the job-hunting website Rikunabi -- is one of the largest of its kind Japan, featuring more than 600 firms including Hitachi Ltd. and Japan Airlines Co.

"The trend continues to be one of companies being short on workers and having difficulty recruiting," said Takao Yoshimoto, editor-in-chief of Mynavi. "Companies are rushing to secure talent before their competitors, such as by beginning interviews right as the embargo lifts."

Despite the favorable conditions, employment-seeking students were careful not to be overly optimistic.

Keitoku Doi, a 21-year-old university student who was attending another job fair in Osaka, said "They say it's a seller's market, but I'm still worried so I'll begin preparing early."

In 2015 Keidanren changed the embargo on job interviews from August to June, giving students less time to research the companies they plan to apply for in order to allow more time for their studies. 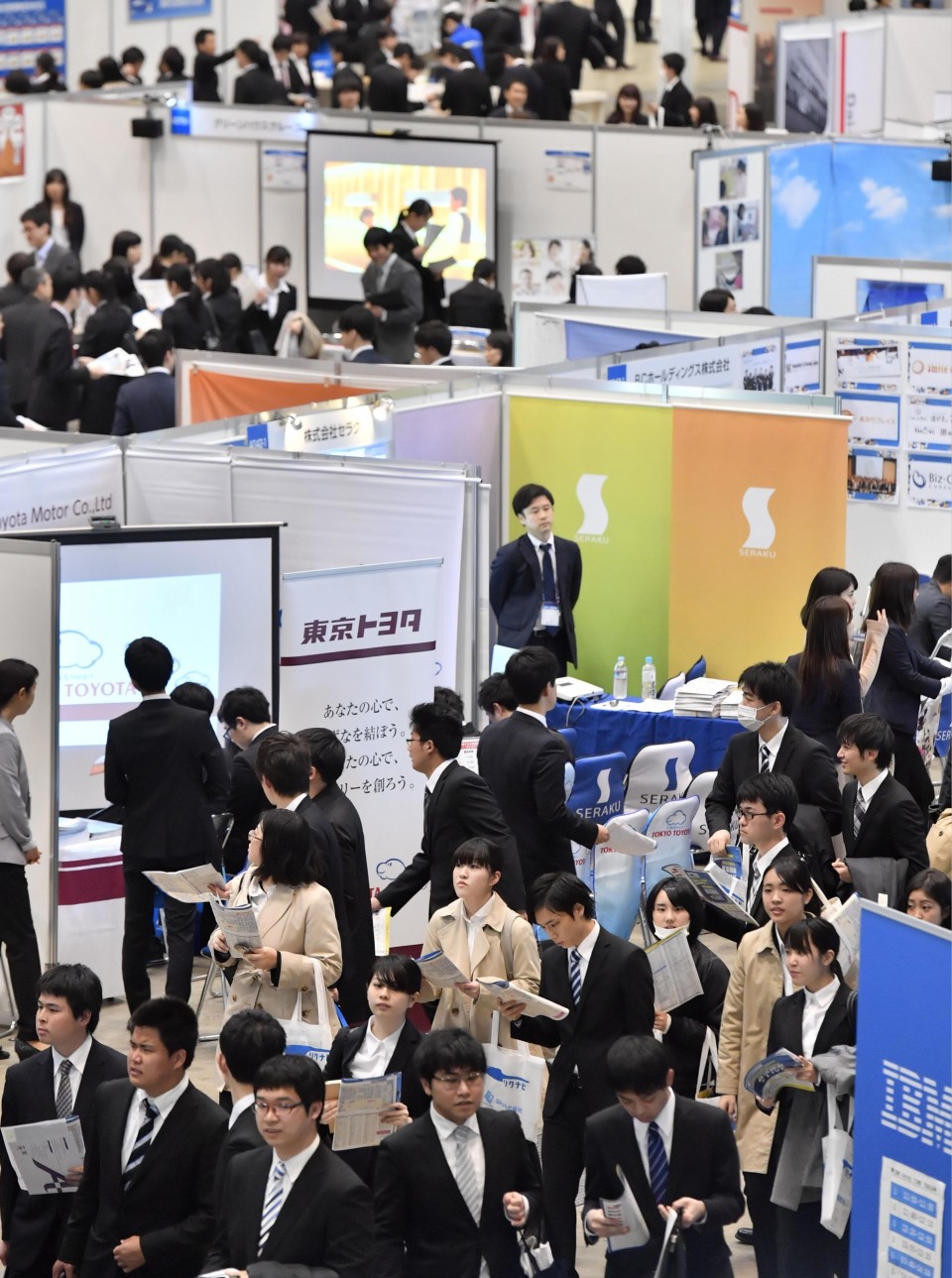