Two contemporary Japanese American authors whose elder kin were incarcerated in the Topaz War Relocation Center in Utah during World War II address the issue in ambitious new books, offering glimpses into the traumatic episode as well as family life in its wake.

Christine Kitano in her second book of poetry, "Sky Country," and novelist Karen Tei Yamashita in her memoir project, "Letters to Memory," draw upon a broad range of archival and autobiographical material in approaching the matter as younger relatives of those unjustly detained. 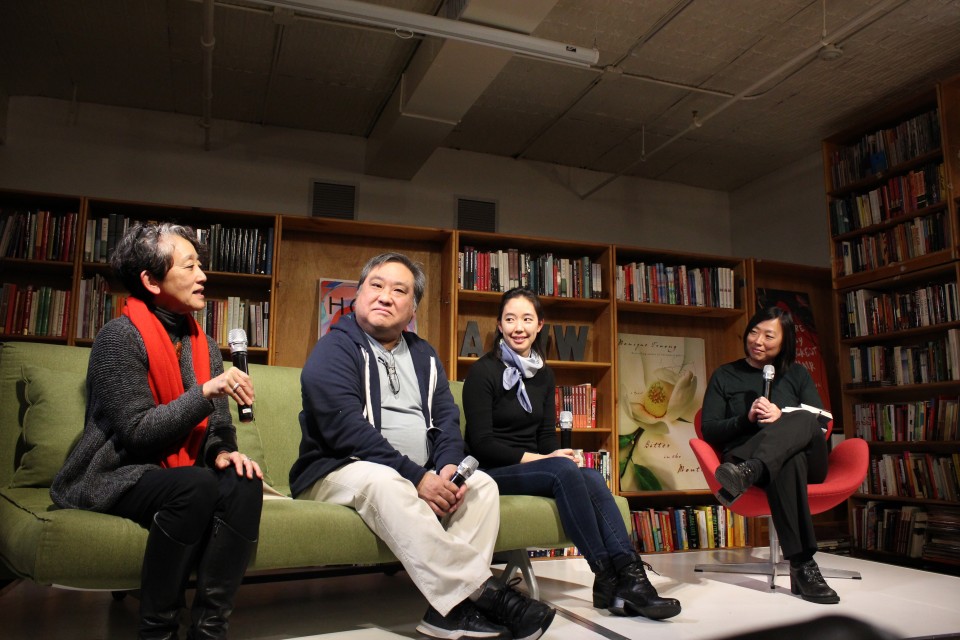 "It was a topic that I knew I wanted to write about, but I didn't want to attack it from a directly autobiographical point," Kitano said at a recent event in New York that also featured Yamashita and Japanese Canadian novelist Terry Watada.

Kitano's book portrays both her mother's side of the family from Korea and her father's side from Japan. In a sequence of persona poems, she takes the perspective of a character loosely based on her paternal grandmother, a first-generation immigrant from Japan who was imprisoned at Topaz with her family.

"A lot of the literature out there is about nisei second-generation Japanese Americans for whom the injustice of the camps I think was a more straightforward experience," she said.

"I feel like we don't talk a lot about the issei, who are the first generation, and what that (was) to establish a life in Japan, choose to leave that life, come to America and then be put in a camp."

Despite a noted reticence on the subject among many formerly interned Japanese Americans, Kitano's work is informed by having known about it from a young age. Her father, the late sociologist Harry Kitano, was "very much invested in telling the stories of the incarceration," she explained. 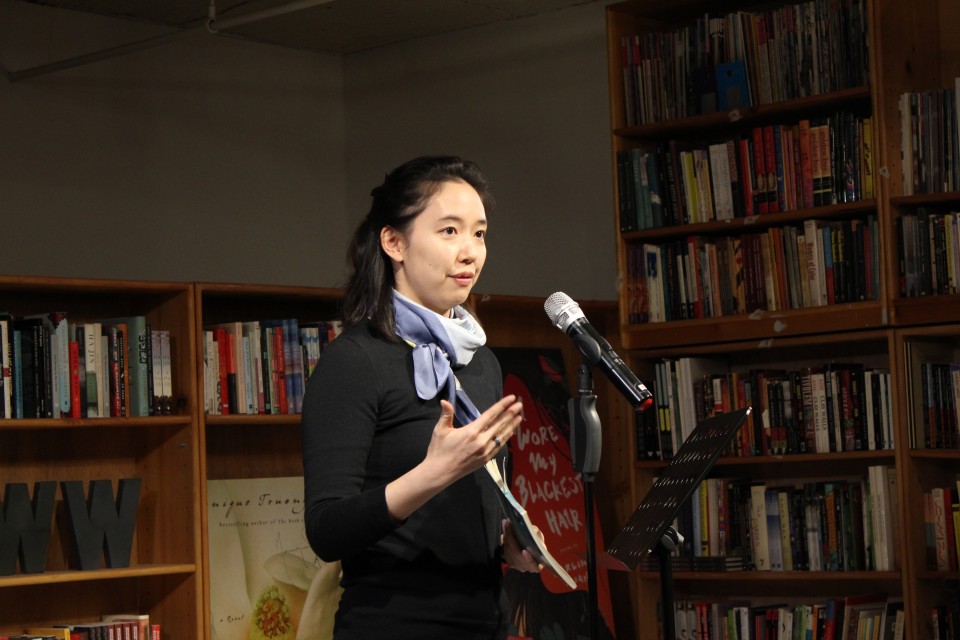 "That being said, he was still of his generation and it was not something I heard about at home around the kitchen table or anything like that," said Kitano, 32, who started learning about the issue when brought to her father's public lectures as a child.

At the time of Executive Order 9066 that launched the forcible detention of some 120,000 civilians of Japanese descent in 10 camps across seven inland U.S. states, the San Francisco-born Harry Kitano was 16 years old.

The poet depicts him in a short poem set during the evacuation with his family after the Feb. 19, 1942 order, when the young jazz enthusiast chose to carry his records and trombone instead of more practical necessities.

Linking this moment to present-day struggles against prejudice and social upheaval, the poem concludes: "It is a story without an ending. / And when I open my mouth / to speak, it continues."

Yamashita in the prose memoir "Letters to Memory" also connects the World War II-era experiences of her relatives to the present, taking up multiple lines of inquiry in relation to the incarceration.

The book uses a unique epistolary format with Yamashita exploring her memories and family's stories by writing letters to ancient storytellers such as the Greek epic poet Homer and the legendary Hindu sage Vyasa. The various figures are merged with unnamed present-day scholars, each of whom Yamashita has met in her career as a professor. 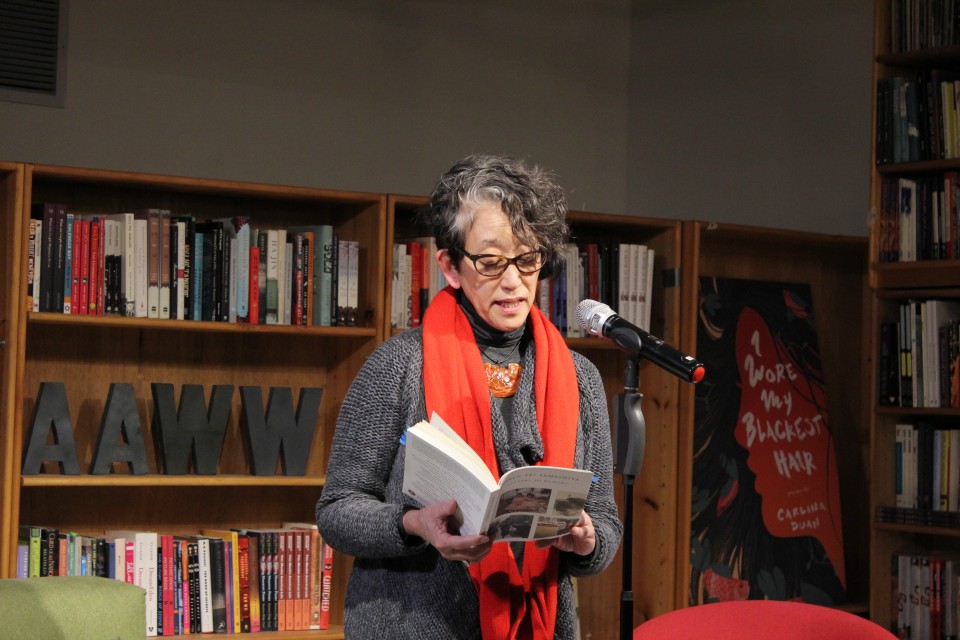 "It was very important to me to find these storytellers to talk to," Yamashita said at the New York event held at the Asian American Writers' Workshop.

"They were sort of fictional muses...When I knew to whom I could be talking, I think I knew how to write (this book) -- how I could open up what was painful inside of me but also be honest," she said.

Although Yamashita, 67, has written several research-intensive novels based on Asian emigrant history -- including the 2010 National Book Award finalist "I Hotel," which depicts the civil rights struggles of Asian Americans in San Francisco in the 1960s -- the current project is her first extended work related to U.S. internment camps during World War II.

"Letters to Memory" centers on the family of the author's father, Hiroshi John Yamashita, who was born in California and went on to become a Methodist minister. The family's seven siblings, ranging in age from 20 to 39 at the time of the incarceration order in 1942, and their mother from Japan were all forced from their homes into preliminary detention at the site of the Tanforan horse racing track near San Francisco.

As she presents material from the family's history, including excerpted correspondence from Tanforan and later Topaz in the Utah desert, Yamashita gravitates toward lacunae in the documentary record, using the unknown -- and unknowable -- to fuel her philosophical queries.

Her focus is therefore less on life in the camps than on tangential but telling episodes, postwar realities and ongoing themes such as cultural memory and forgiveness.

A moving portrait emerges of the author's father, who passed away in 1984, as one who never gave up on peace and equality as he helped rebuild the Japanese American community amid racial tension in postwar Oakland.

"He thought camp was the most unjust, cruel, and oppressive event of his life," she writes, "but he was adamant that it would not control his character, well, he would say, his soul."

Speaking at the event, Yamashita explained that she was writing toward "some kind of reconciliation," but noted the recent rise of nativism in U.S. politics has made the fight against racism and anti-immigrant policies as demanding as ever.

"It's so sad to me," Yamashita said. "I want everybody to read everything they can read and put their bodies in front of what is going on."

Additional photos, documents and stories related to the family and wartime incarceration are posted online at the Yamashita Family Archives through the University of California, Santa Cruz.