Japan's Shoma Uno sits in fifth place following his men's short program performance Thursday at the world figure skating championships after reducing the difficulty of his routine because of pain in his right foot.

The Pyeongchang Olympic silver medalist appeared to have suffered an injury in practice Tuesday, cutting short his training session before being carried to a bus with an ice pack on his ankle.

Pyeongchang team bronze medalist Nathan Chen of the United States posted the highest short program score of 101.94 at the Mediolanum Forum in Milan, Italy, ahead of Russia's Mikhail Kolyada with 100.08. American Vincent Zhou rounded out the top three with 96.78.

Despite dropping the quadruple flip from his routine and missing a triple salchow-toe loop combination, Uno finished with 94.26 points to remain in contention ahead of the free skate.

The 20-year-old said his scaled-back short program felt "a little easy" and is aiming to complete his full routine, including four quad jumps, in Saturday's free skate.

"I won't give up on my original routine until the very end," he said. 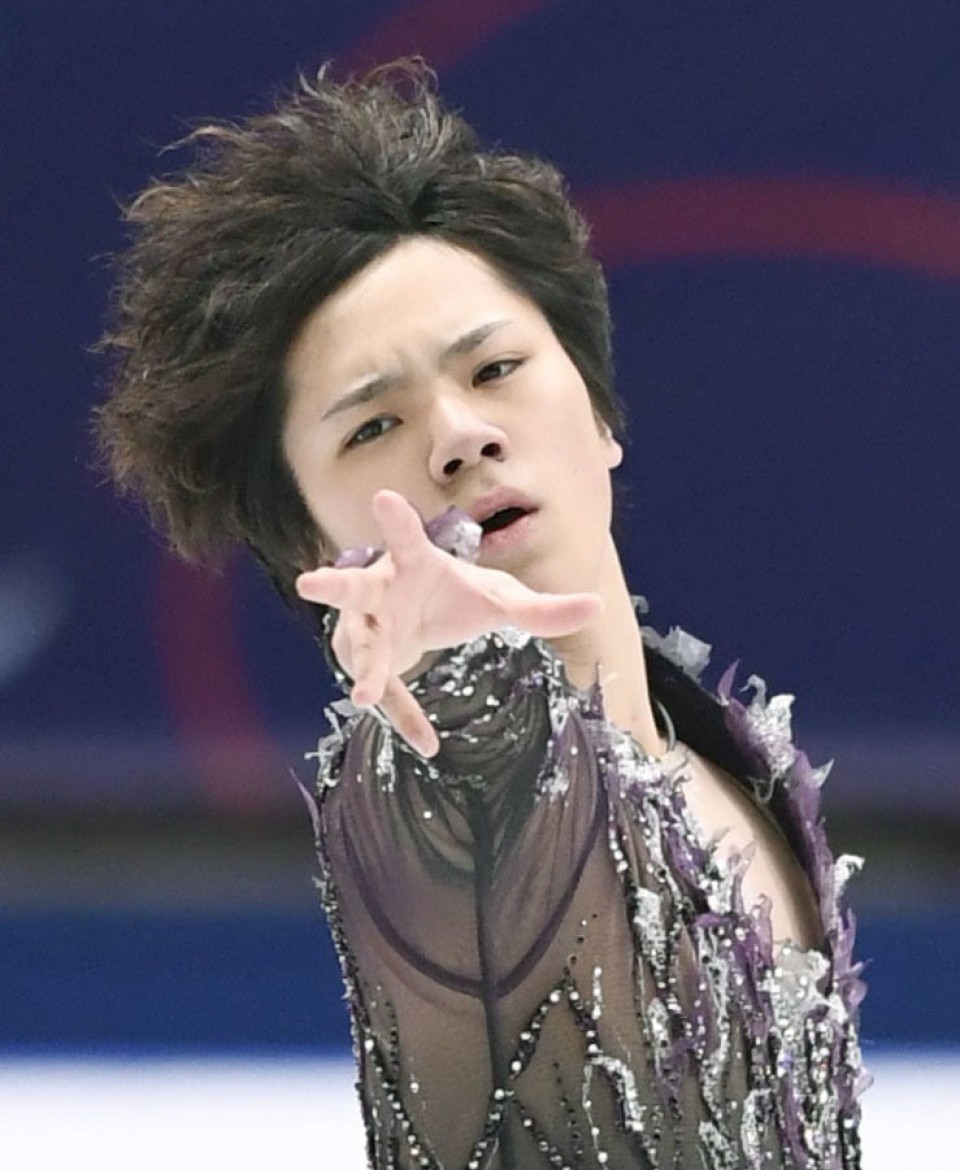 The other Japanese competitors, Kazuaki Tomono and Keiji Tanaka, completed the short program in 11th and 14th place, respectively, with scores of 82.61 and 80.17.

Two-time Olympic gold medalist and defending world champion Yuzuru Hanyu skipped the world championships in order to rehabilitate an ankle injury he carried through the Pyeongchang Games after falling while practicing for the NHK Trophy in November.

The combined results of a country's top-two finishers at the March 21-25 event determine the number of berths for next year's world championships in Saitama, Japan, with three being the maximum for both men and women.