A former senior bureaucrat categorically denied Tuesday that Prime Minister Shinzo Abe, his wife or lawmakers played any role in the falsification of government documents about the heavily discounted sale of state land at the center of favoritism allegations plaguing the premier.

Speaking under oath in the Diet, former Finance Ministry official Nobuhisa Sagawa stressed that the papers were doctored within the Financial Bureau he had headed without consultations with any outside office, adding that there was no order or pressure from Abe, his wife Akie, Finance Minister Taro Aso or other politicians.

But it remains unclear why the documents were tampered with and under whose directions, as Sagawa refused to testify on core points, including when he became aware of the falsification, citing the fact that he is "subject to (prosecutors') investigation and possible criminal prosecution." Osaka prosecutors are investigating the land sale and handling of official documents.

While Sagawa can face legal ramifications by giving false testimony or refusing to testify without appropriate grounds, the law allows him to avoid testimony for fear of criminal prosecution.

The controversy over the sale of the state-owned land in Osaka Prefecture to Moritomo Gakuen, a nationalist school operator with ties to Akie, was reignited earlier this month after the Finance Ministry admitted that it had falsified its settlement documents.

Sagawa, 60, resigned earlier this month as head of the National Tax Agency, a ministry unit, to take responsibility for the land scandal. 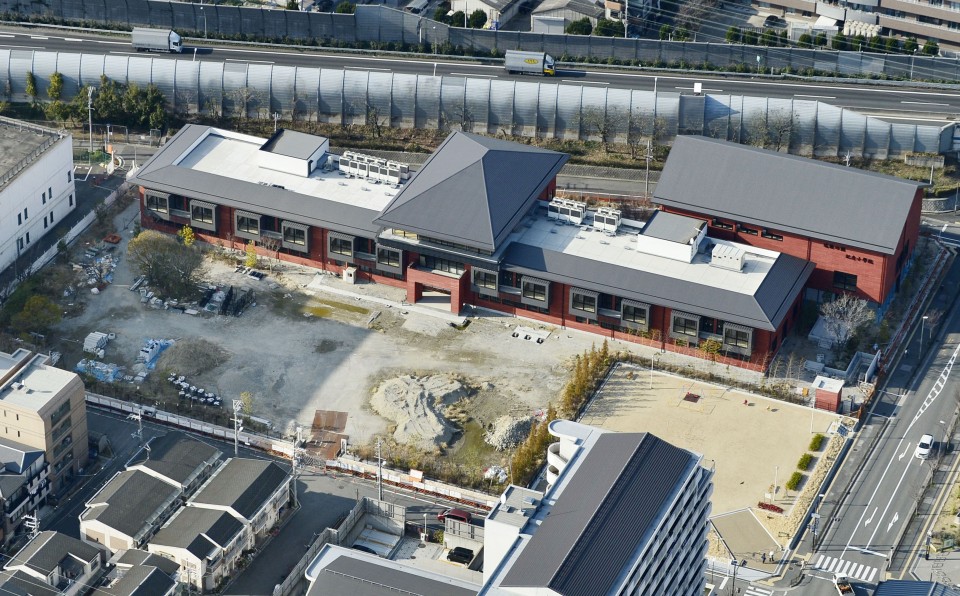 The fresh revelation linked to the land deal issue, which has dogged the prime minister for more than a year, has pushed Abe's approval ratings down sharply, hampering his plan to win a third three-year term as Liberal Democratic Party leader in an autumn party election and become Japan's longest-serving prime minister.

Opposition parties attempted to clarify whether the ministry gave an 86 percent discount on the plot's appraised value and altered the documents due to political pressure or voluntarily in consideration of the prime minister's office. Akie was temporarily named honorary principal of the elementary school Moritomo had planned to open on the site.

Following Sagawa's testimony, frustrations grew among opposition and even ruling party members. Masahiko Komura, vice president of Abe's Liberal Democratic Party, called on Sagawa to "tell all that (he) knows and cooperate to find out the truth."

Kiyomi Tsujimoto of the main opposition Constitutional Democratic Party of Japan criticized the testimony as "betraying the public expectations." She said she felt the government's intention in his testimony to "bring an end (to the scandal) by insisting that the Financial Bureau was solely responsible" and underlined the need to summon Akie Abe and other relevant government officials to the Diet.

Political commentator Kichiya Kobayashi echoed Tsujimoto's view and said Abe's popularity could fall below 30 percent amid unresolved doubts over the scandal. "That could be a red light for the Abe administration. If so, I can't rule out the possibility of a political change," he said.

Around the Diet building, hundreds of protestors gathered and shouted, "Tell the truth!" with opposition politicians also joining forces.

The ministry has maintained the 14 documents relating to the land transaction were rewritten between late February and April last year after officials at the Financial Bureau ordered its Osaka-based local bureau to do so and insisted on Sagawa playing a key role.

Sagawa has been criticized by opposition camps for making false remarks to the Diet while serving as director general of the Financial Bureau overseeing the handling of state properties, including the Moritomo land sale.

Last year, Sagawa denied in parliament that the influence of politicians was at play and that there had been prior negotiations with the educational institution over the price of the land before its sale. He also testified that the ministry had discarded the negotiation records.

However, it was later found that references to Abe, Akie and other lawmakers, as well as the negotiation records were included in the original documents. The documents were doctored before being disclosed to lawmakers last year.

The ministry explained that the documents were rewritten so that they would be consistent with what Sagawa had testified in the Diet. 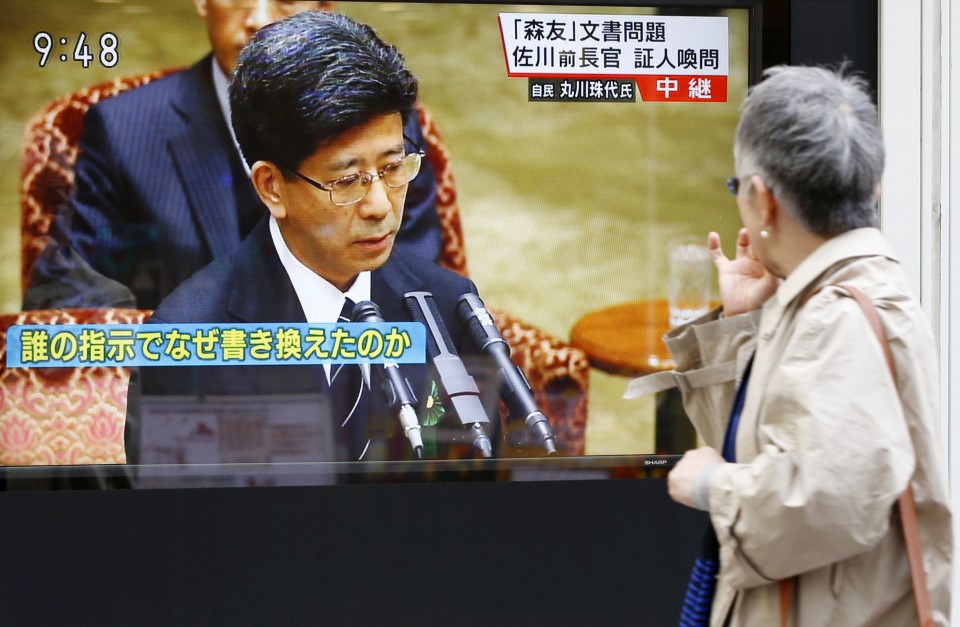 Opposition parties have alleged that they were altered after Abe said on Feb. 17 last year, immediately after the issue emerged, that he would resign if either he or his wife were proved to have been involved in the cut-price land sale.

But on Tuesday, Sagawa brushed aside such a view, saying, "I don't think I have changed my Diet remarks in the wake of the prime minister's comment."

Ahead of Sagawa's testimony, opposition lawmakers recently interviewed Yasunori Kagoike to confirm the details of the land deal while he is held at a detention center in Osaka. Kagoike, the former head of Moritomo Gakuen, has remained in custody since his arrest in July last year for alleged fraud in accepting public subsidies.