A Ground Self-Defense Force member died and another was missing after a helicopter crashed in a residential area in southwestern Japan on Monday afternoon, with an 11-year-old girl in a house that was set ablaze managing to escape, the central and local governments said.

The AH-64D attack helicopter, which was based at the GSDF's Metabaru Camp, crashed into the two-story home in the city of Kanzaki in Saga Prefecture at 4:43 p.m. during a flight believed to have been made to confirm aircraft maintenance.

The girl suffered minor injuries to her knee as she fled the house, which was home to a family of four. No other injuries were reported among local residents, police said. 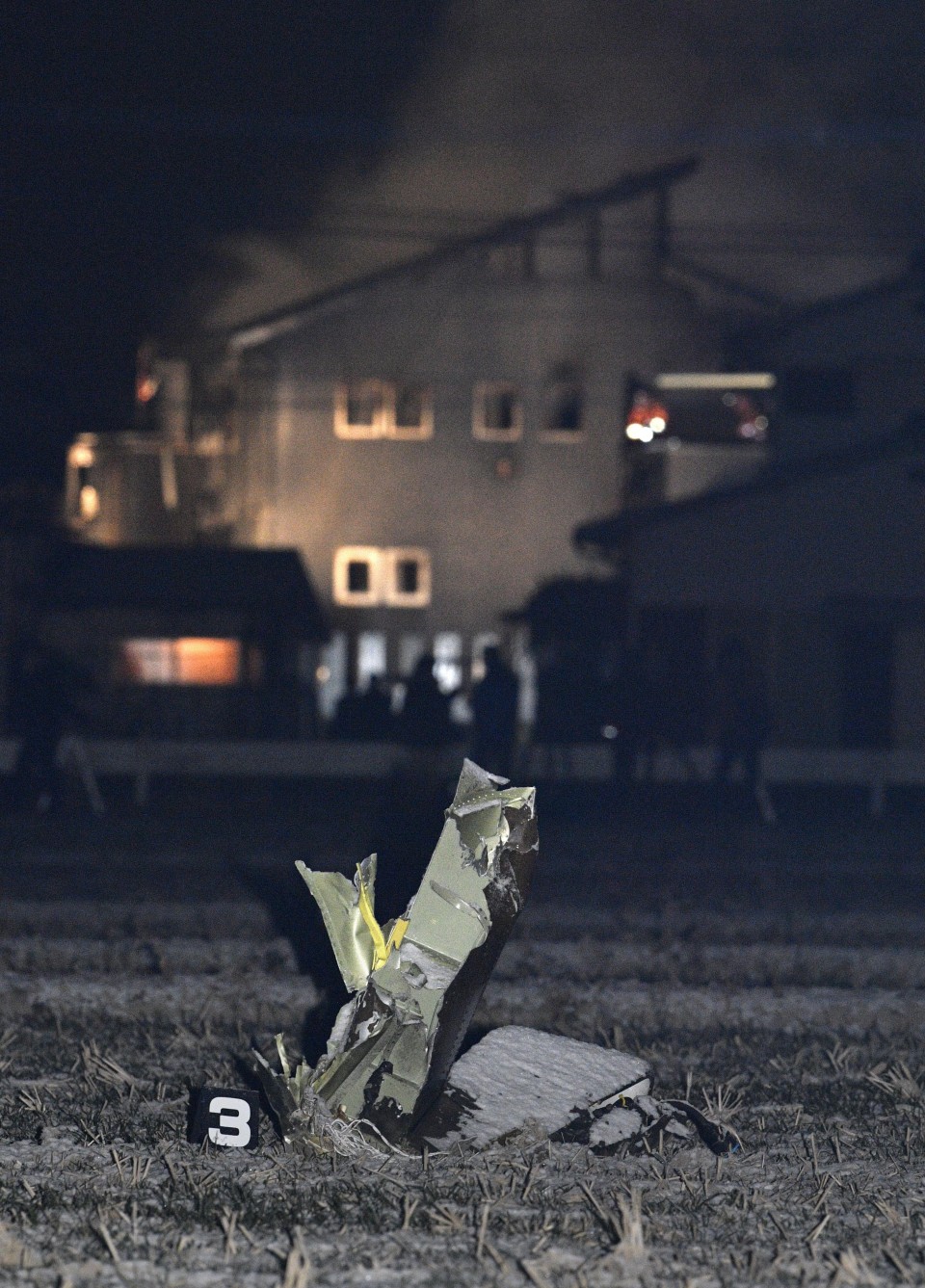 A second house on the same premises was partially damaged by the fire, but the girl's 69-year-old grandmother, who was inside at the time of the crash, also escaped.

Defense Minister Itsunori Onodera said the government had ordered the GSDF's 12 other AH-64D helicopters to be grounded and inspections to be carried out on the entire helicopter fleet.

He said communications with the helicopter were lost after controllers cleared it for takeoff at 4:35 p.m., and revealed that a trace amount of radioactive material was used in part of the airframe.

According to the GSDF, Master Sergeant Hiroki Takayama, the 26-year-old copilot, died and Lt. Col. Kenichi Saito, the 43-year-old pilot, both members of an antitank helicopter unit, was missing. 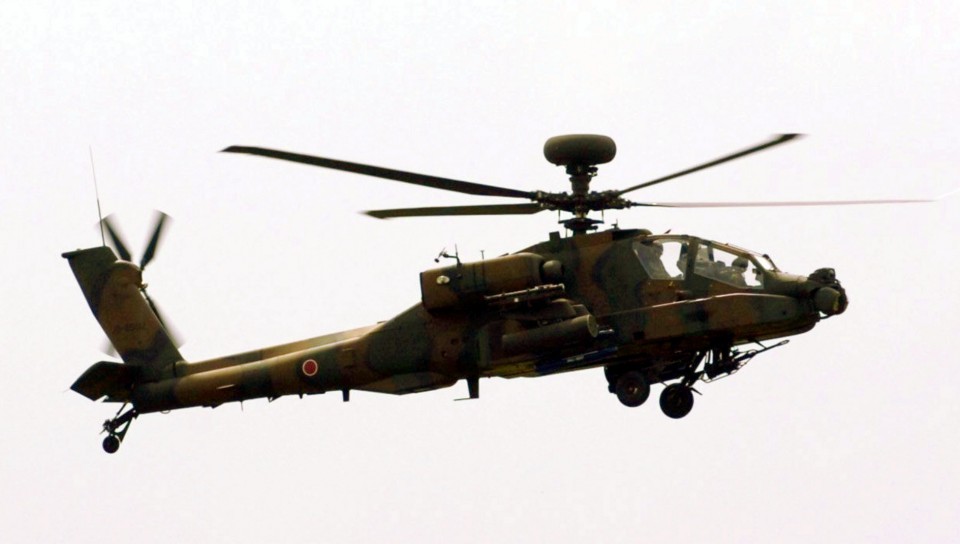 Some experts on SDF aircraft said an error in maintenance work may lie behind the crash, as some residents said they witnessed the helicopter lose its main rotor in the air.

"I went outside the building after I heard an abnormal sound and I saw the rotor coming off from the helicopter," said a 50-year-old deputy principal of a nursery school, located about 150 meters from the crash site. There were about 60 to 70 children in the nursery school at the time and all were unhurt.

A woman in the neighborhood told reporters that she went to see what was happening after she heard a large bang. "There was a big hole on the second floor of the home and I saw flames coming from there," she said.

Another woman in her 70s, who also rushed outside, said she saw the 11-year-old girl crying outside the home that was on fire. She was holding on to her grandmother and saying, "I'm so glad (we are alive)."

Black smoke was seen billowing from the residential area, which is located about 4 kilometers south of Metabaru Camp. The fire at the two homes was extinguished at around 8:45 p.m., according to the local fire department.

Keiichiro Tabaru, a 21-year-old resident who was doing farm work about 3 km away, said, "I didn't expect a helicopter would crash. I'm trembling."

The latest accident is likely to heighten safety concerns among local people and could affect a controversial plan to deploy GSDF Osprey tilt-rotor aircraft at Saga airport in an adjacent area.

"It is an extremely alarming situation," Saga Gov. Yoshinori Yamaguchi told reporters, suggesting he will carefully decide whether to accept the central government's proposal to host the transport aircraft.