Uber to introduce service across Japan by around 2020: CEO

Uber Technologies Inc. aims to introduce its ride-hailing services across Japan in around 2020 by joining hands with local taxi firms, its chief executive officer said Tuesday.

"In Japan we are very focused on partnering with the existing taxi players," Dara Khosrowshahi, who is visiting Japan for the first time, said in an interview with Kyodo News.

The CEO said he sees the 2020 Olympic Games in Tokyo as a good opportunity to boost the company's business, noting that Japan is a huge taxi market.

The company's ride-sharing service, one of Uber's key operations that involves private vehicles, has been challenged by Japanese regulations, while being allowed only in limited locations -- some rural areas in Hokkaido and Kyoto Prefecture.

Khosrowshahi said the company's approach will have to differ based on the regulatory structures of the countries that it operates in. "We will certainly look to expand as quickly as we can and our ambition will be nationwide," he said. 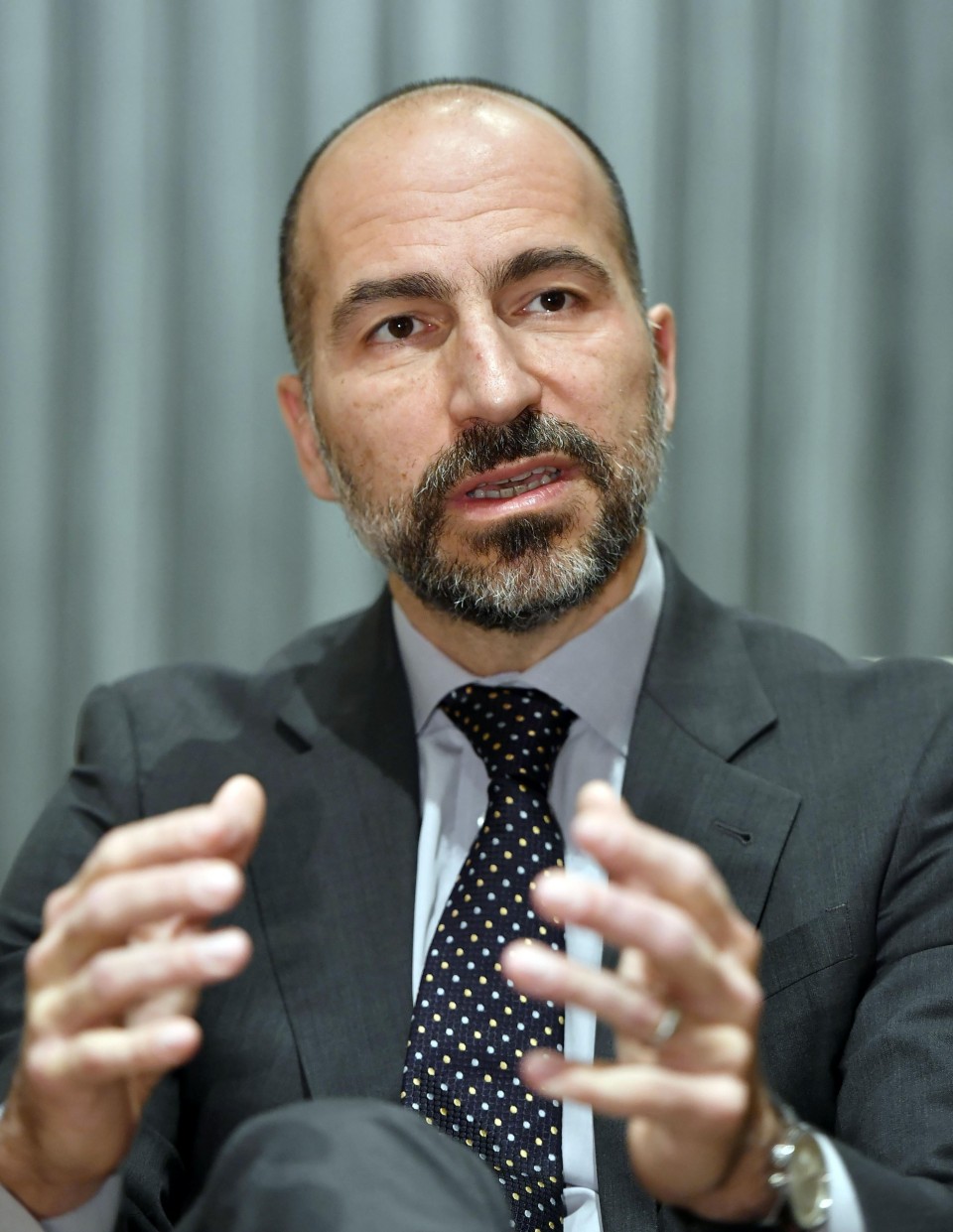 Uber currently provides its ride-hailing services to limousines in Tokyo but has started to form an alliance with several taxi companies including Daiichi Koutsu Sangyo Co. headquartered in Kitakyushu, Fukuoka Prefecture.

Khosrowshahi indicated that his company will continue aggressive investment. "We are investing in technology on a global basis and at a scale that we don't believe a local player can match," he said showing confidence in boosting efficiency by using apps powered by artificial intelligence to predict potential demand.

On UberEATS, an on-demand food delivery app service in Tokyo and Yokohama, southwest of the capital, Khosrowshahi said the company plans to expand the service to five cities within the year.

The Uber CEO also said that he hopes to expand businesses aggressively under tie-ups with SoftBank Group Corp., which has become the company's largest shareholder after acquiring a roughly 15 percent stake in the U.S. ride-hailing giant for $9.3 billion last month.

At an investor conference in Tokyo the same day, Khosrowshahi said he expects that its flying taxi, which it is developing with the National Aeronautics and Space Administration, could come into use in five years, earlier than initial plans.

Customers will be able to summon the flying taxis through smartphone apps.