Japanese Prime Minister Shinzo Abe took up the issue of North Korea's nuclear and missile programs when he shook hands and briefly spoke with the North's ceremonial leader Kim Yong Nam on Friday during a reception dinner ahead of the Pyeongchang Winter Olympics, the Japanese government said.

During the chat, Abe told Kim of Japan's stance over North Korea's nuclear and missile development as well as Japanese nationals abducted by the North decades ago, according to the Japanese Foreign Ministry.

"I can't tell the content (of talks), but I told our thought" over the issues, Abe told reporters when he returned to a hotel where he is staying. 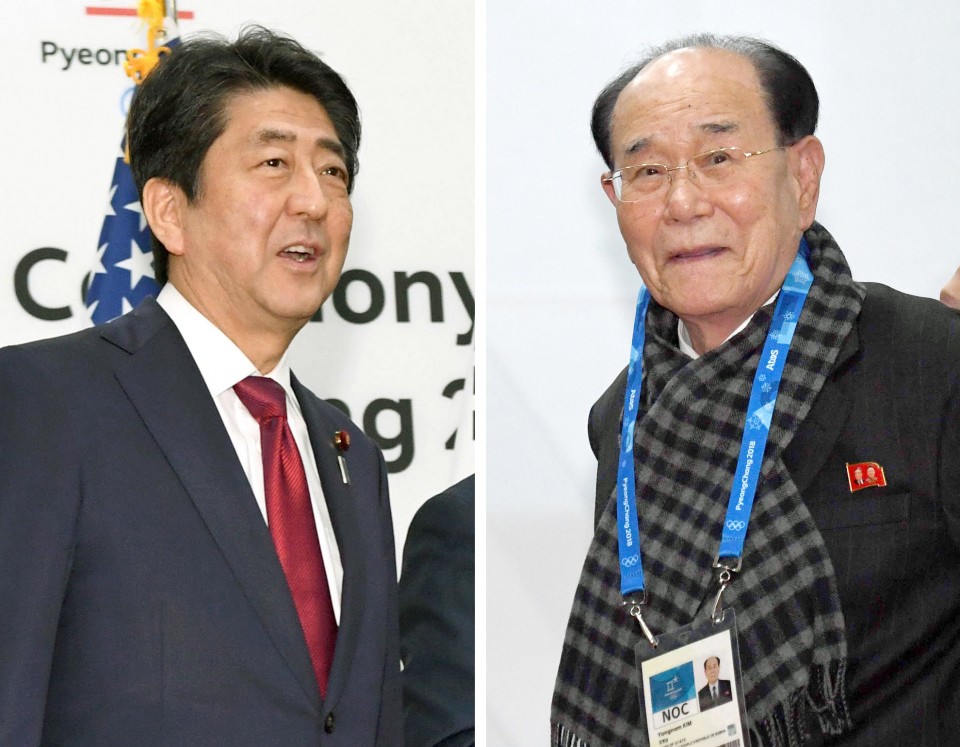 Under the current administration, Abe's adviser Isao Iijima met with Kim, North Korea's No. 2, back in May 2013.

Abe is visiting South Korea to attend the opening ceremony of the Winter Games and hold talks with South Korean President Moon Jae In.

Kim, president of the Presidium of the Supreme People's Assembly, is leading North Korea's delegation to the Olympics. North Korea's participation in the event has been viewed as a sign of thawing relations between the two Koreas.

Abe has stressed the importance of trilateral cooperation involving the United States to address the threat posed by North Korea's nuclear and missile development programs.

His administration is also seeking to secure the return of Japanese nationals abducted by North Korea decades ago.