Heavy snow hit a wide area of the Sea of Japan coast on Tuesday, leading one driver to die from carbon monoxide poisoning when he was trapped in his car and stranding some 1,500 vehicles on a main road. 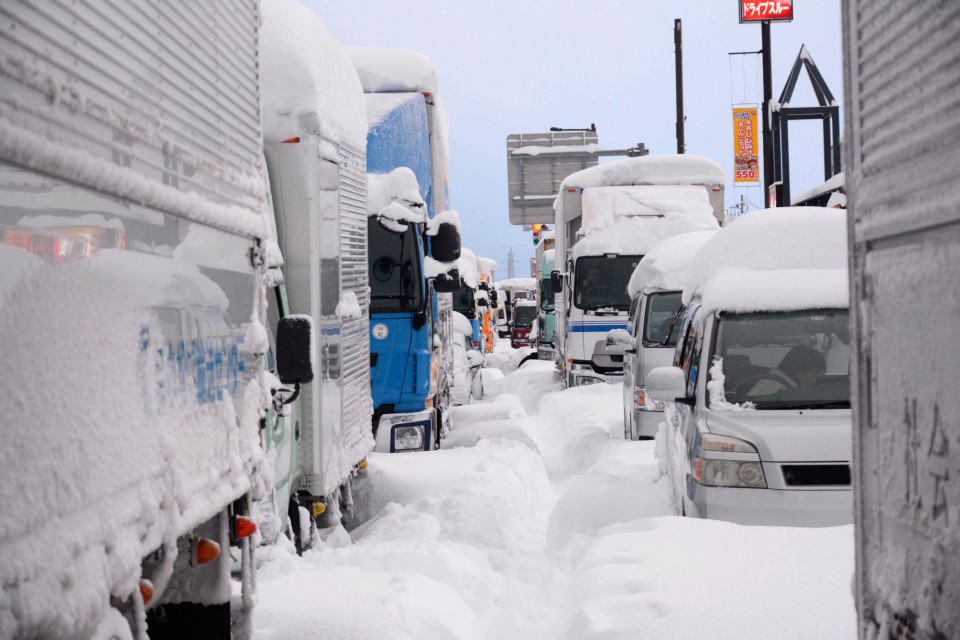 The snow, which mainly hit Fukui, Ishikawa and Toyama prefectures, forced more than 400 schools to close and disrupted the operation of bullet trains, airplanes and highways, according to authorities. 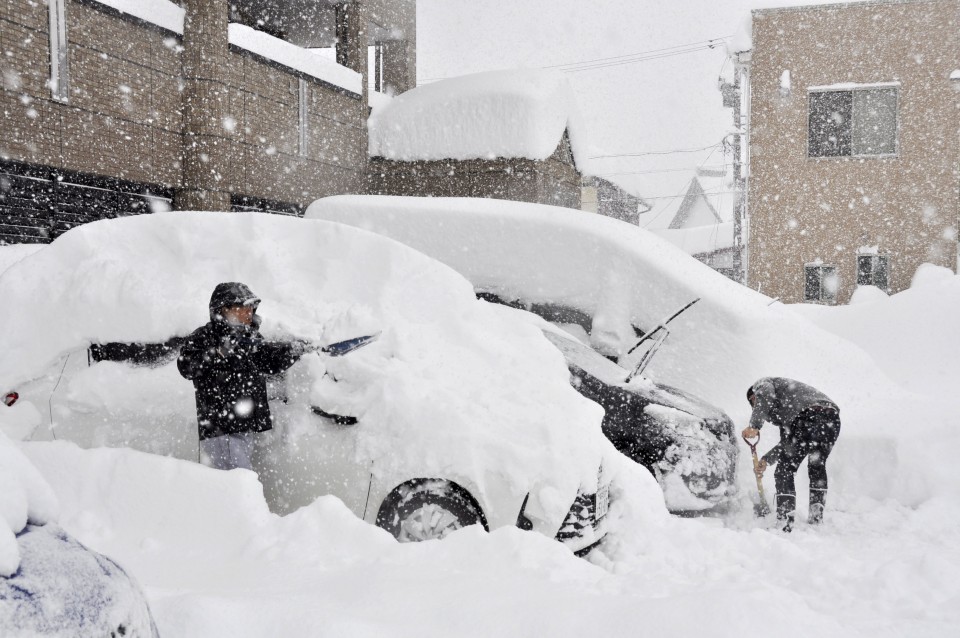 The weather agency warned the area may have more snow Wednesday.

Kanazawa had snowfall of 75 centimeters on Tuesday evening, the biggest amount in 17 years in the city.

In Fukui Prefecture a line of some 1,500 vehicles stretched for about 10 kilometers on Route 8. The Ground Self-Defense Force mobilized more than 700 personnel to help remove snow and provide water and food to drivers. 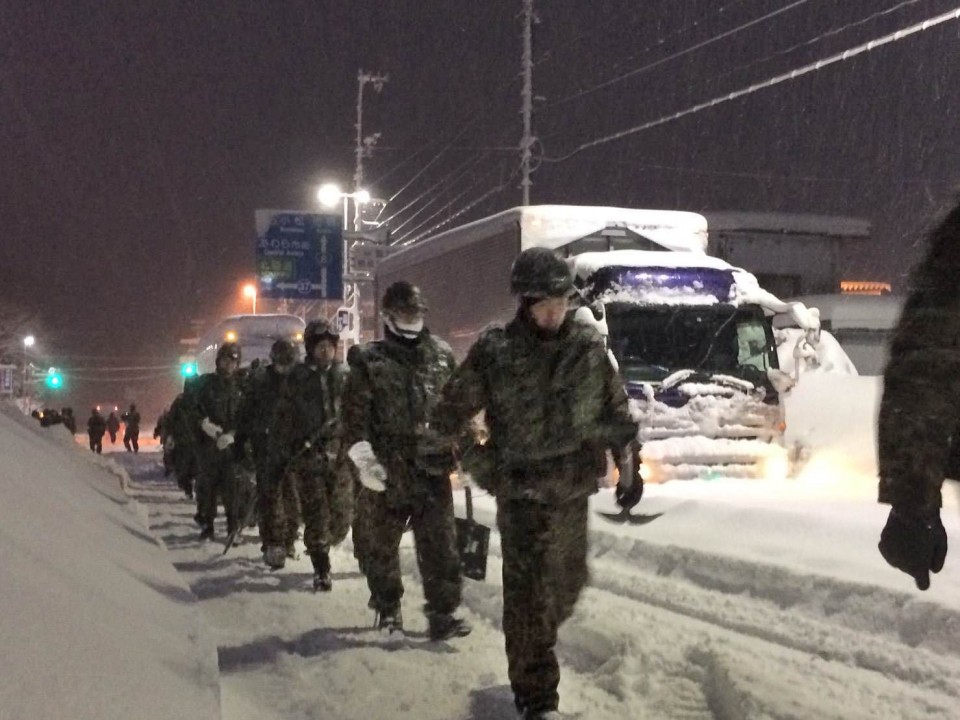