Heavy snow continues to bombard Fukui and neighboring Ishikawa Prefecture in central Japan for the third day after havoc began Feb. 6, which left two people dead and left around 1,500 vehicles stranded on a main road at one point. 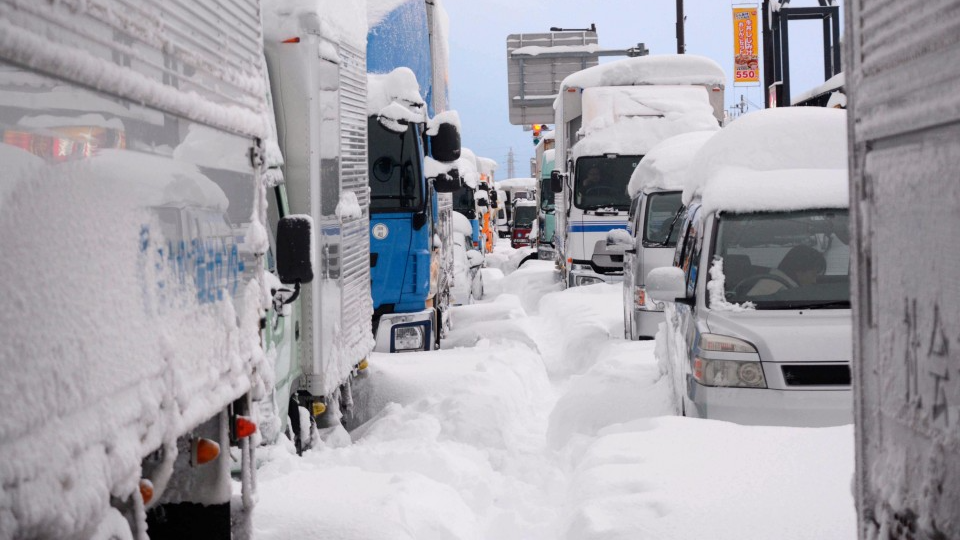 The line stretched for about 10 kilometers on Route 8 in Fukui Prefecture. About 900 Ground Self-Defense Force personnel were mobilized to remove snow, but many people were stuck for two nights in a row in their car. 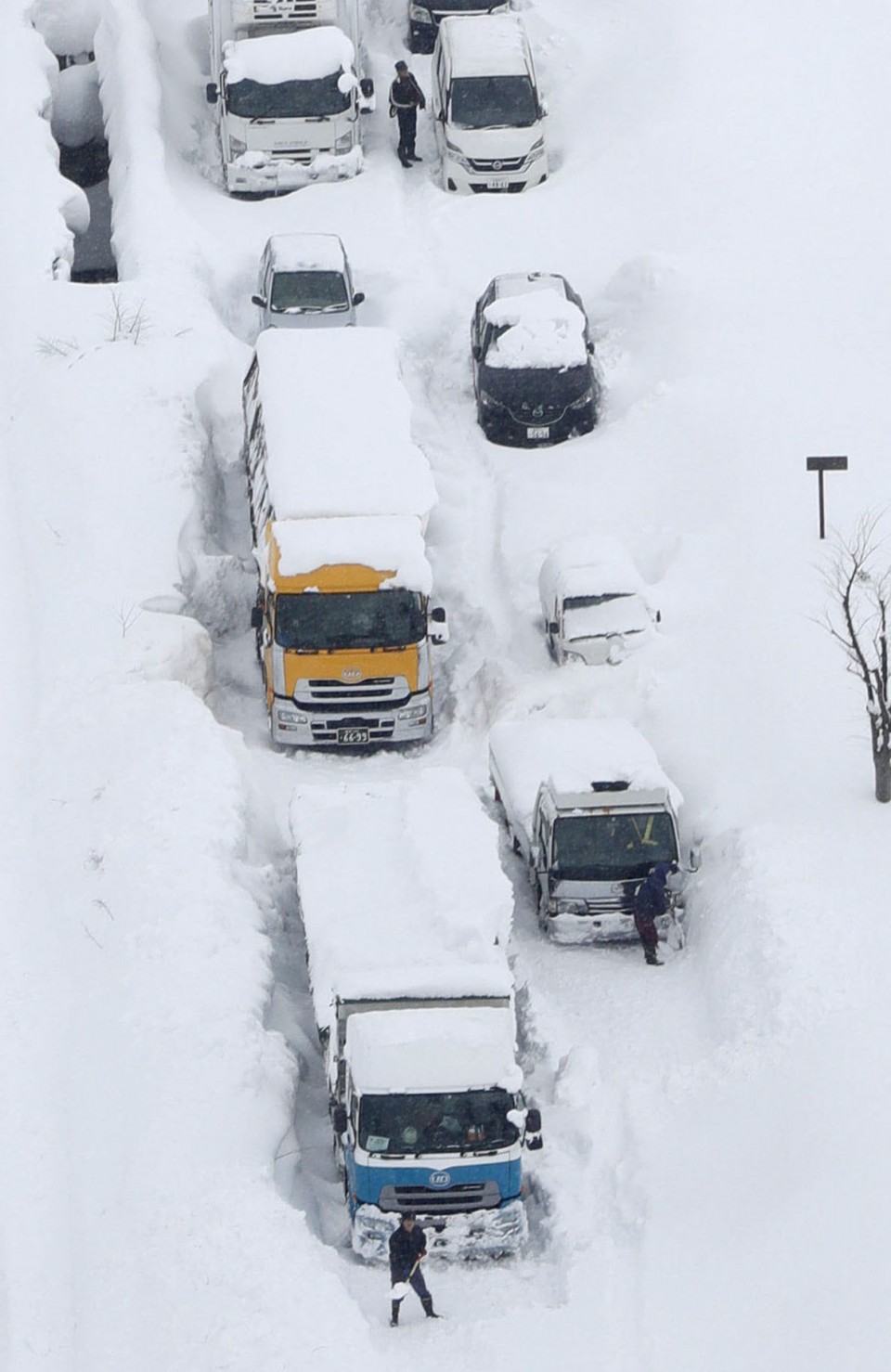 As of 4 a.m. on Feb. 8, about 320 vehicles remain stranded and the GSDF will bring in heavy equipment to help speed up the work. 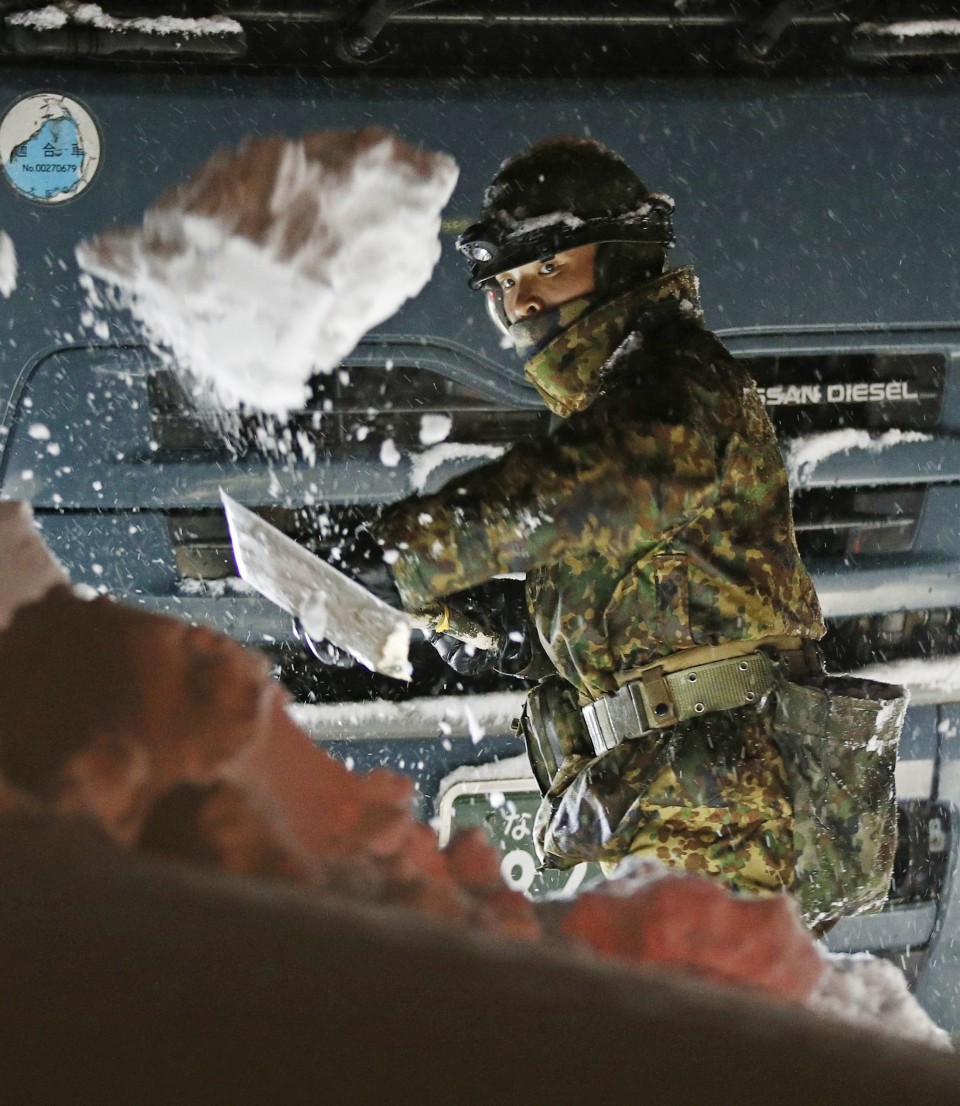 As Route 8 was swamped with vehicles, a toll free service was offered on part of the Hokuriku Expressway running parallel to the national road. Even on the expressway, however, traffic was congested due to the heavy snow. 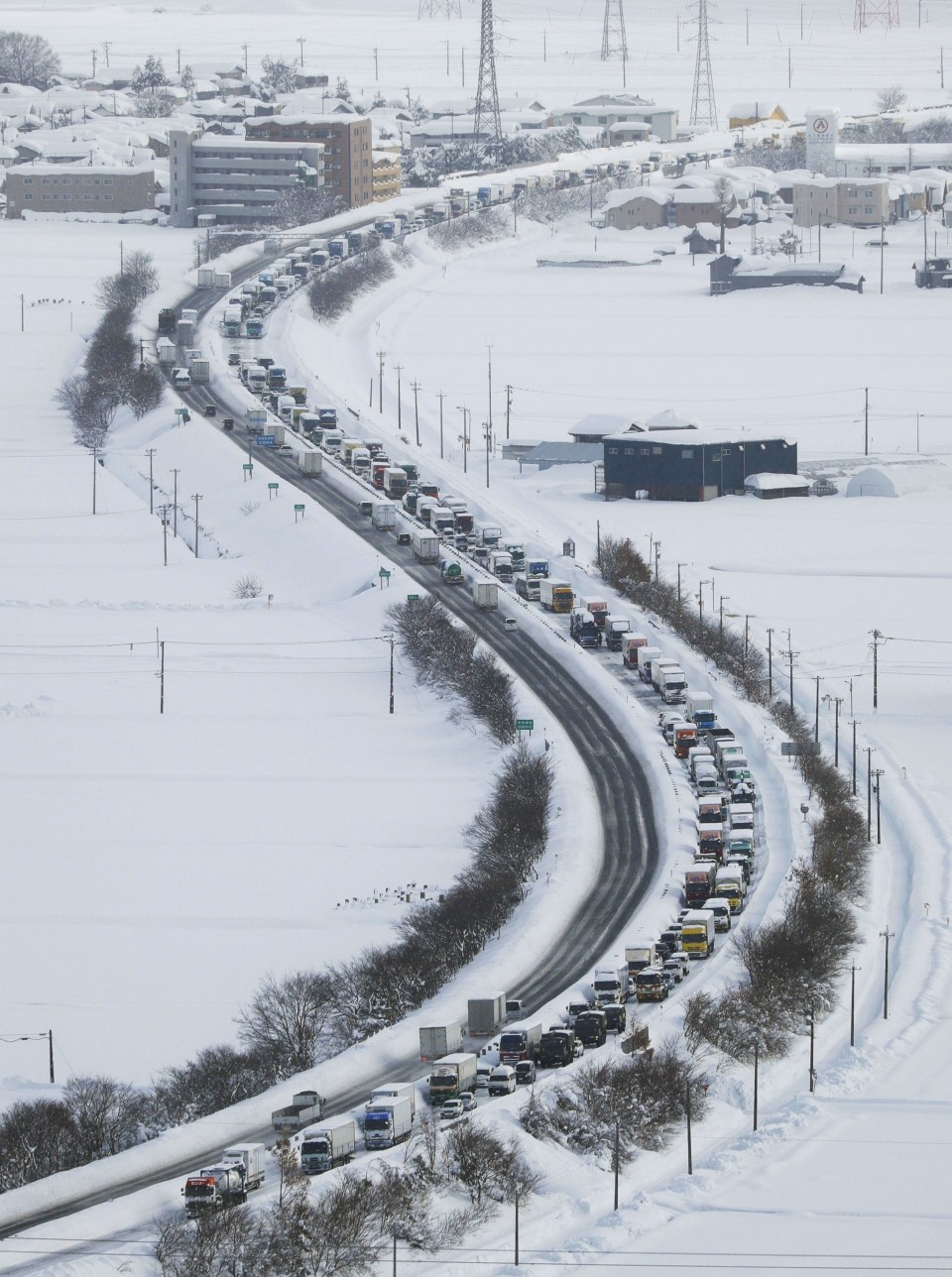 In Fukui city, snowfall measured as much as 146 centimeters on Feb. 7. 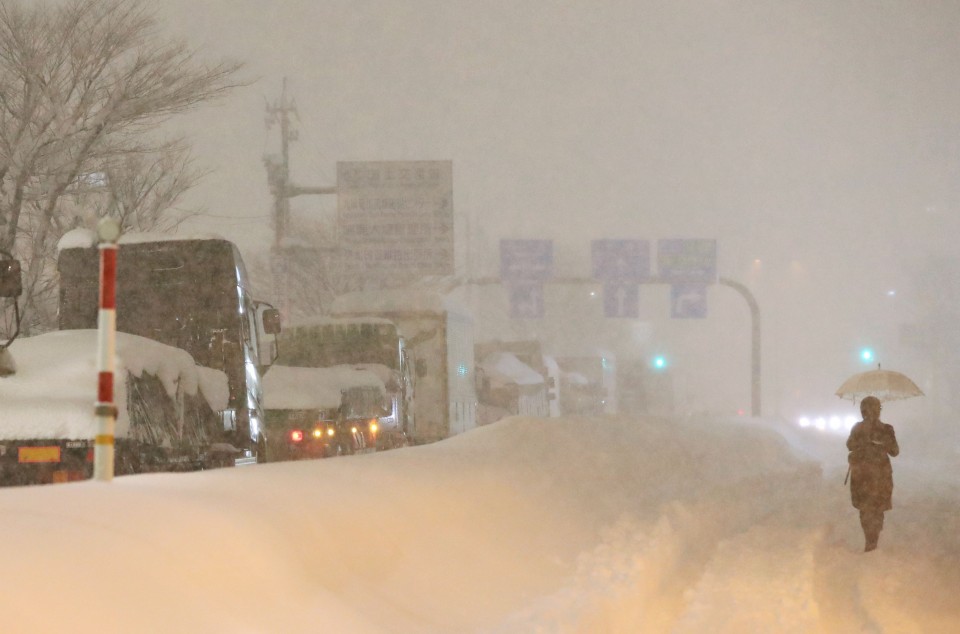 A driver died from carbon monoxide poisoning inside his car that was trapped in the snow in Fukui, while a man operating a forklift vehicle helping to clear snow on a road in Toyama city was killed when it fell into a ditch. 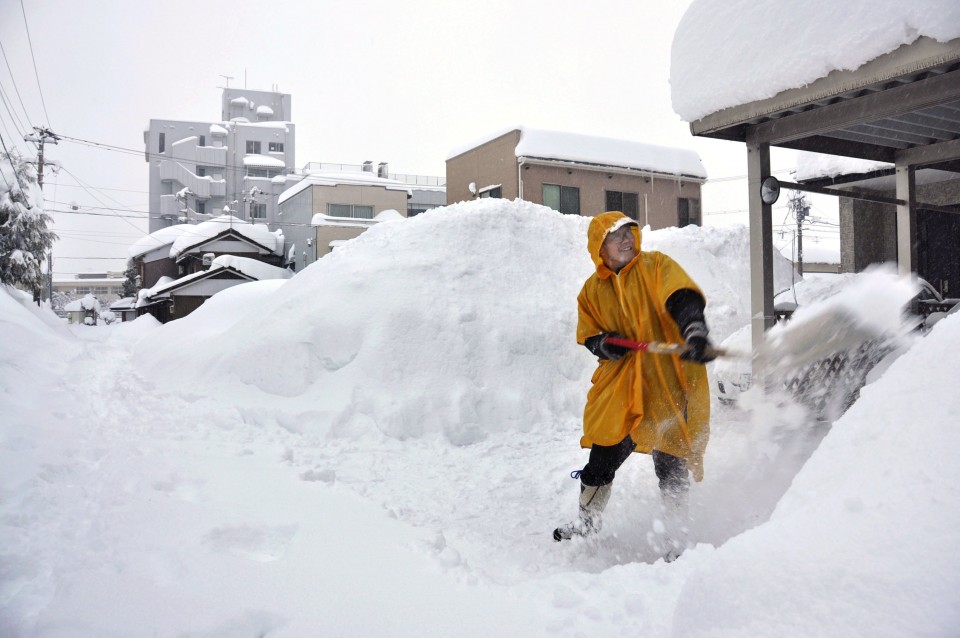 All flights at Komatsu Airport in Ishikawa Prefecture and about 100 train runs in the Hokuriku region on the Sea of Japan coast were canceled on Feb. 7. Some bus services were also halted. 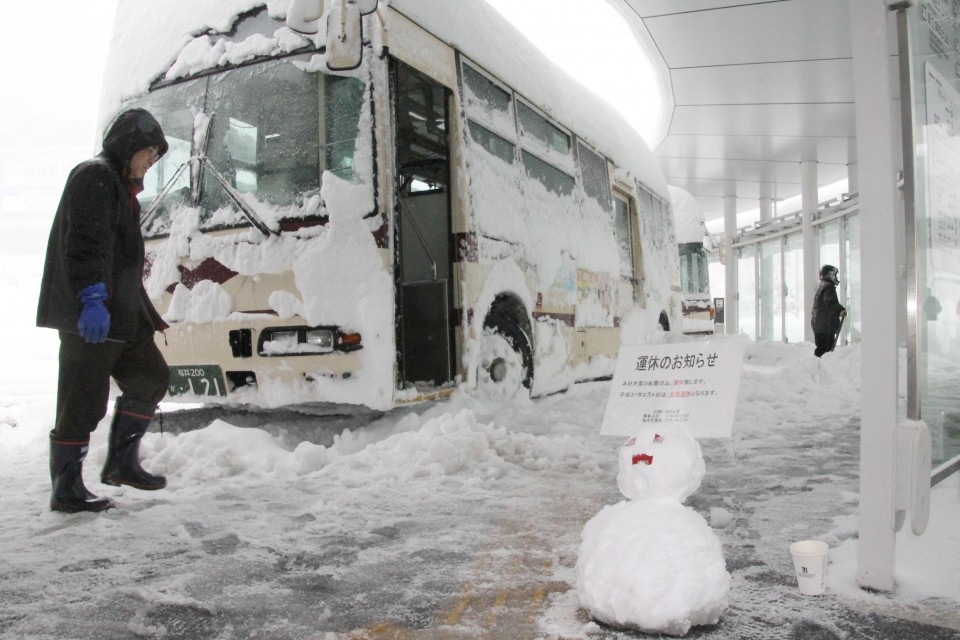 Snow is expected to continue to fall in the region, with the national weather agency forecasting up to 40 cm in the Hokuriku region, 30 cm in Tohoku in northeastern Japan, and 20 cm in Kinki in western Japan in the 24 hours to 6 a.m. on Feb. 9. 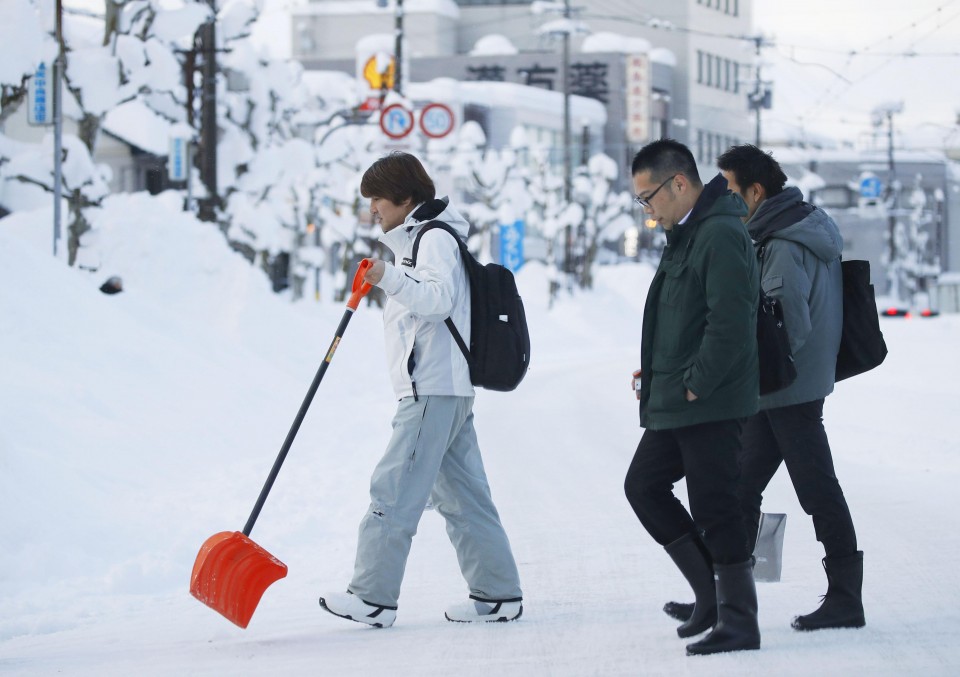 While the icy weather is expected to ease off slightly over the next few days, the Japan Meteorological Agency issued a warning over more snow and strong winds from Feb. 11 onwards. 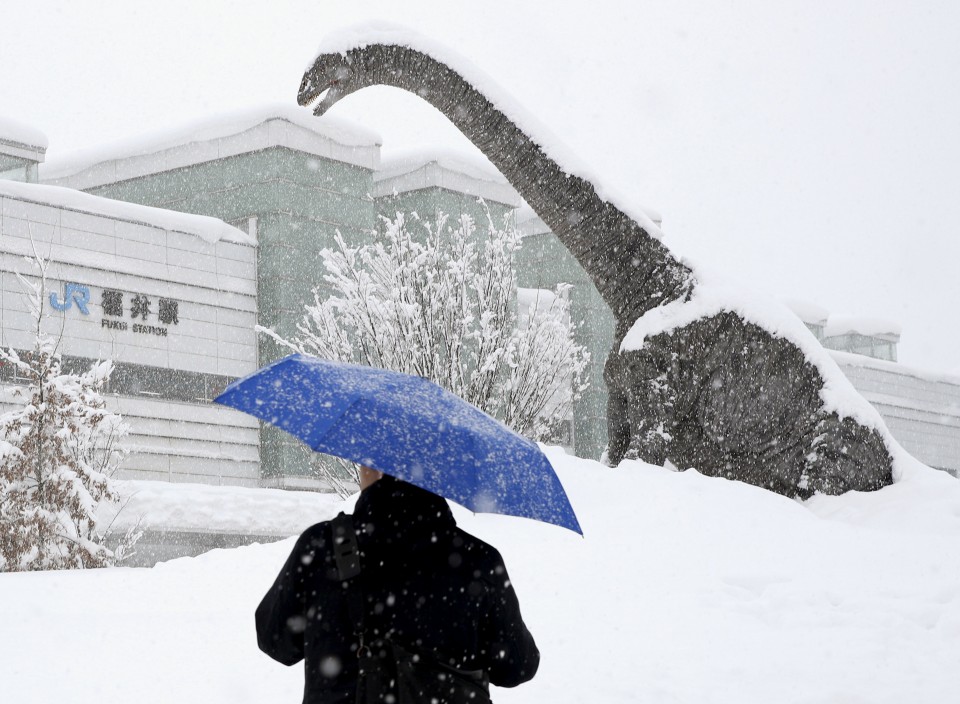