Police on Tuesday found the body of the pilot of a Ground Self-Defense Force helicopter that crashed into a home in southwestern Japan a day earlier, as Defense Minister Itsunori Onodera said the aircraft was on a test flight after having its main rotor replaced.

Two crew members were aboard the AH-64D attack helicopter involved in the accident, which also killed the co-pilot and left an 11-year-old girl slightly injured when she fled the home in Kanzaki, Saga Prefecture.

MSgt. Hiroki Takayama, the 26-year-old co-pilot, was confirmed dead Monday and local police had been searching for the remains of Lt. Col. Kenichi Saito, the 43-year-old pilot. Onodera said a body found Tuesday morning beneath the crashed helicopter was confirmed to be Saito's. 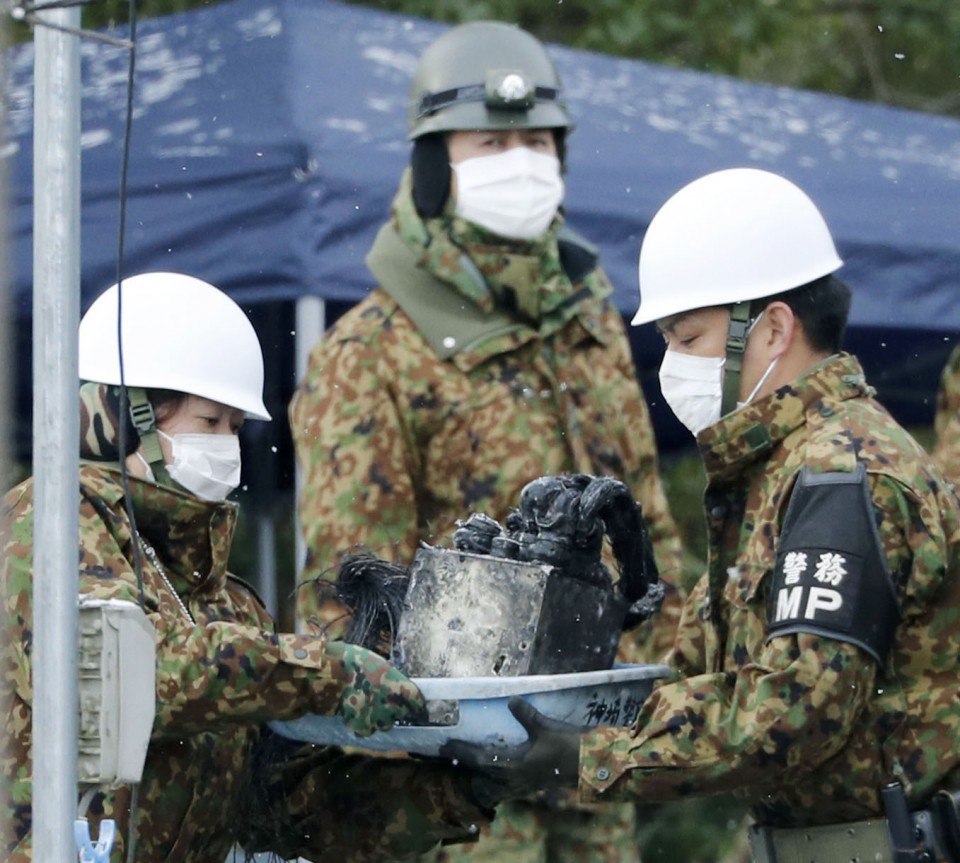 "We lost the precious lives of two crew members in this accident, so we will make utmost efforts to get to the bottom of the incident quickly and prevent the same thing from happening again," Onodera told reporters in Tokyo.

Prior to the flight the helicopter had its main rotor head, which connects the four rotor blades, replaced in addition to undergoing a regular 50-hour inspection, the defense minister said earlier in the day.

The main rotor heads of AH-64D helicopters need to be replaced after 1,750 hours of flight time, according to Onodera.

The helicopter is believed to have nose-dived after its main rotor became detached in midair, with some residents living nearby saying they witnessed the moment it happened.

Asked if the main rotor head replacement had any link with the accident, the defense minister only said that authorities are "looking into the cause." 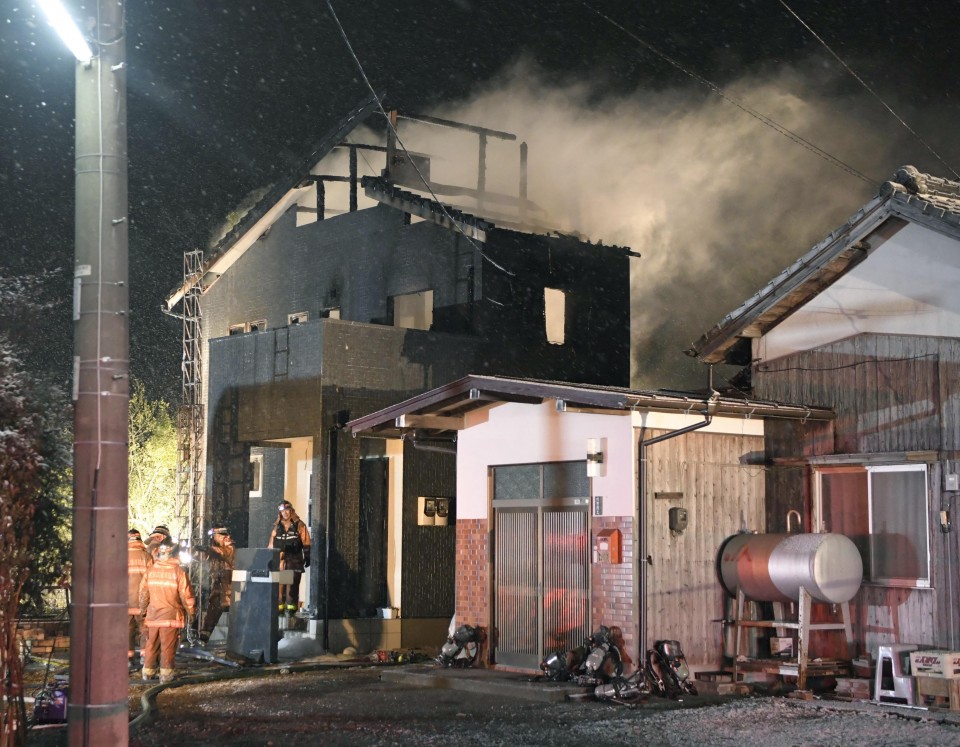 The Ministry of Land, Infrastructure, Transport and Tourism said it has no record of rotor detachment accidents involving civilian helicopters, indicating that the latest crash is extremely rare.

According to the Defense Ministry and the GSDF, the helicopter was cleared to take off from the GSDF Metabaru Camp at 4:35 p.m. Monday. It flew about 6 kilometers before crashing into the two-story house at 4:43 p.m.

Flight controllers had communicated with the helicopter two minutes after takeoff, but no abnormalities were reported, a GSDF official said. The controllers later confirmed they could see smoke rising in the distance in the direction where the helicopter flew.

The house the helicopter crashed into belongs to a family of four and was engulfed by flames after the impact. The girl, who was alone inside at the time, managed to escape, suffering only a minor knee injury.

Her grandmother was inside an adjacent house that was partially damaged by the fire, but she too escaped safely.

Prime Minister Shinzo Abe, as the top commander of the Self-Defense Forces, apologized at a parliamentary committee for "threatening the safety of the residents and causing huge damage."

Saga Gov. Yoshinori Yamaguchi and Kanzaki Mayor Shigeyuki Matsumoto visited the accident site on Tuesday and met the parents of the girl to promise support for the family. The parents quietly sobbed during the meeting, according to local government officials.

Takashi Kawaguchi, the 35-year-old father of the girl, told reporters afterward, "We could not quite put into words what was on our mind (during the meeting). Our daughter was shocked, but she is doing fine."

Parts of the crashed helicopter had scattered in areas near the gutted house. GSDF members and police officers were seen removing from the accident site what seemed to be the parts.

The Defense Ministry has recovered the flight recorder from the helicopter, Onodera said.