North Korea to send delegation to closing of Pyeongchang Olympics

North Korea informed the South on Thursday that it will send a high-ranking delegation led by a top official handling inter-Korean affairs to the closing ceremony of the Pyeongchang Winter Olympics, in an apparent bid to improve relations with Seoul further.

But criticism is likely to grow in South Korea, as Kim Yong Chol, the head of the North Korean ruling party's United Front Department, is believed to have planned the artillery attack on Yeonpyeong island in 2010 that killed two South Korean Marines and two civilians.

The focus is also on whether Kim Yong Chol, a vice chairman of the Central Committee of the Workers' Party of Korea, will have contact with the U.S. delegation to Sunday's closing ceremony, which will be led by President Donald Trump's daughter and adviser Ivanka.

The South's Unification Ministry said the North notified it earlier in the day that the delegation will make a three-day visit from Sunday. The delegation is expected to hold talks with South Korean President Moon Jae In, the presidential office said. 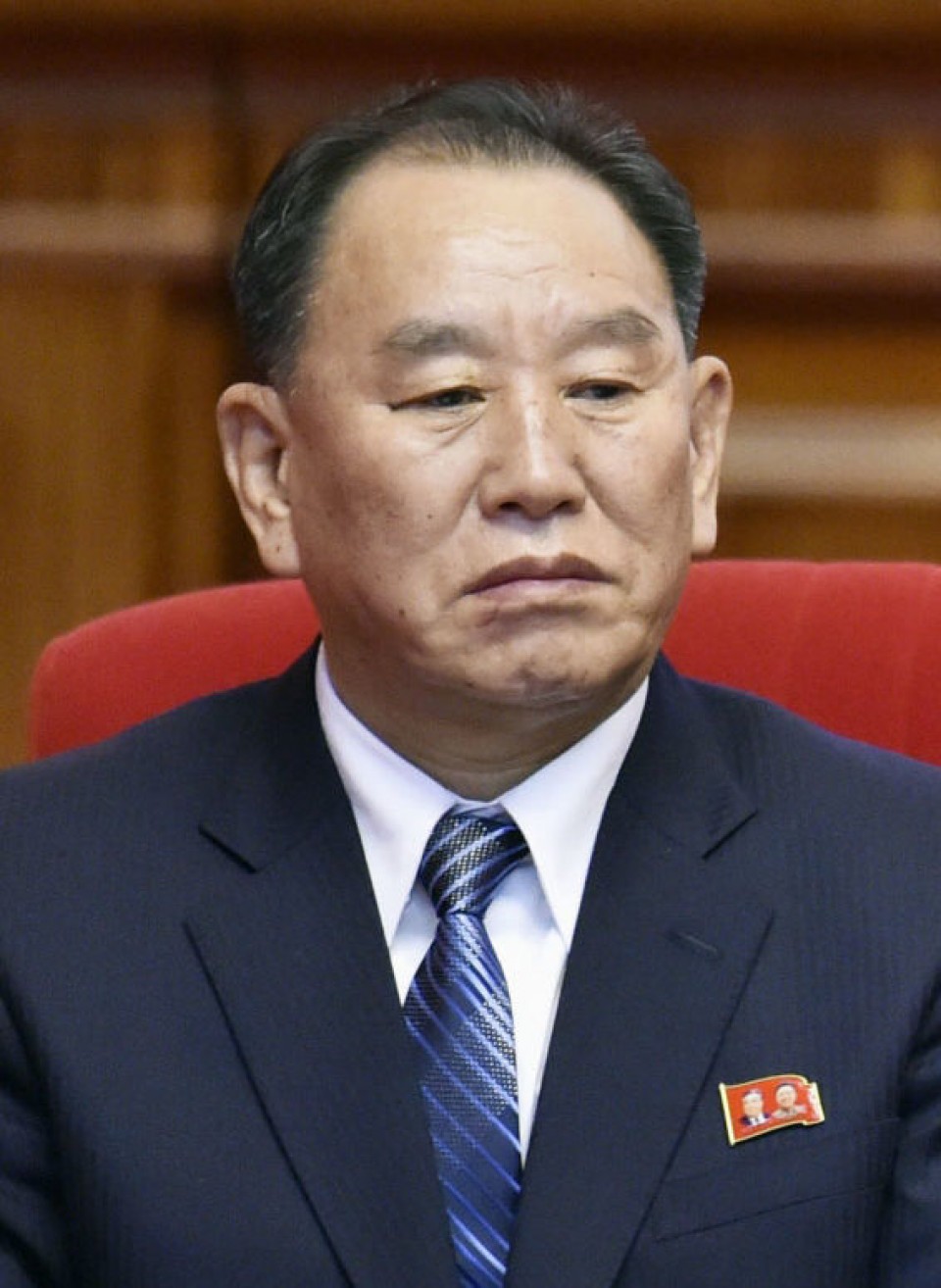 During talks with Kim Yo Jong and other officials, Moon was invited to visit Pyongyang for a summit, an extremely rare move as the two nations remain technically at war after the 1950-53 Korean War ended in a cease-fire. Since the war, the leaders of the two Koreas have held formal talks only twice, in 2000 and 2007.

Kim Yong Chol, who was the head of North Korea's Reconnaissance General Bureau, and Moon might move ahead with discussions to realize the summit between the two Koreas.

The North Korean side may also call on the South to abandon its joint military drills with the United States.

Washington and Seoul have agreed to suspend the joint drills until the March 18 end of the Paralympics in South Korea, to which North Korea has pledged to send its athletes.

Relations between the two Koreas have been apparently improving after Pyongyang decided to join the Pyeongchang Olympics.

North Korea, however, has so far shown no sign of discarding its ballistic missile and nuclear development programs in defiance of U.N. resolutions.

The United States and Japan are worried that North Korea is trying to weaken international economic sanctions against it by cozying up to South Korea and to buy more time to advance its missile and nuclear technologies.

Expectations are growing that Seoul may resume the provision of some humanitarian aid to North Korea, even before Pyongyang promises to give up its policy of developing nuclear weapons and missiles that can reach the U.S. mainland.

Washington and Tokyo, which have no diplomatic ties with the North, have agreed to maximize pressure on the country.

On Tuesday, the U.S. State Department said Vice President Mike Pence was set to meet with Kim Yo Jong during the Olympics in Pyeongchang, but that the North's delegation pulled out "at the last minute."

Foreign policy experts say the U.S. delegation to the closing ceremony, including Ivanka Trump, is unlikely to have contacts with the North Korean delegation headed by Kim Yong Chol, who is blacklisted under sanctions adopted by the United States and South Korea.