Rescuers were picking their way through rubble to find survivors Wednesday following a powerful earthquake that struck before midnight off the eastern coast of Taiwan, killing at least seven people, injuring over 250 others and leaving nearly 90 people missing.

According to the island's Central Weather Bureau, the magnitude 6.0 quake occurred at around 11:50 p.m. Tuesday at a depth of about 10 kilometers, roughly 18 km northeast of the eastern city of Hualien.

The U.S. Geological Survey put the quake's magnitude at 6.5 and said it occurred at a depth of 10.6 km. 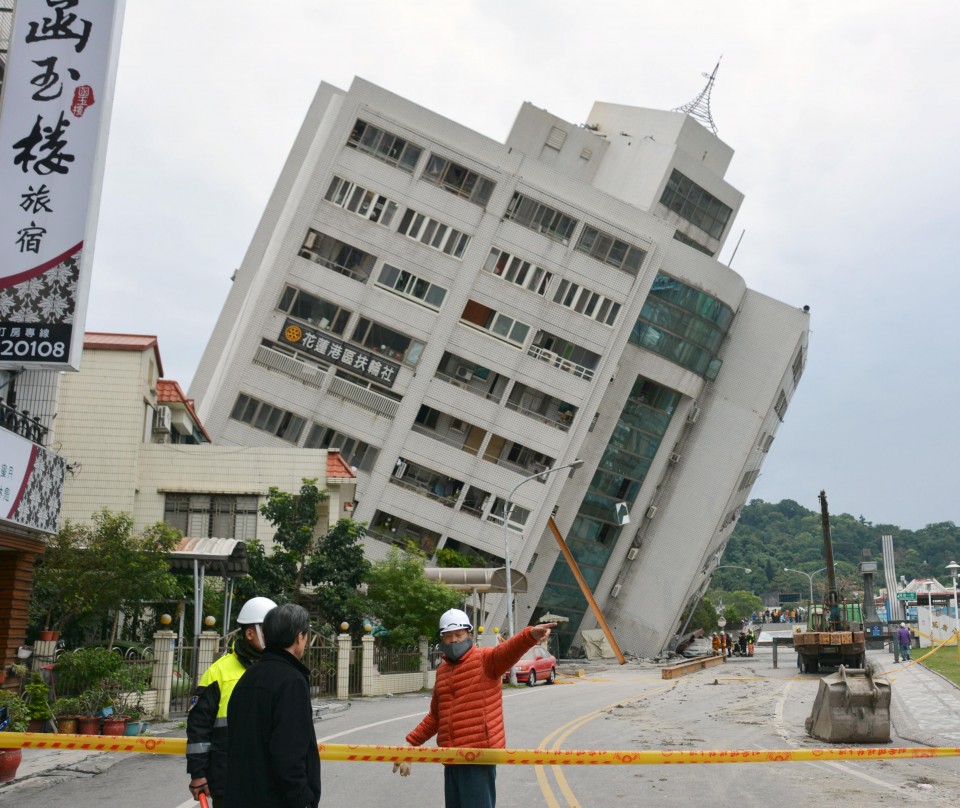 The Central Emergency Operation Center said four buildings in Hualien collapsed. The bottom floor of the 11-story Marshal Hotel caved in, while the 12-story Yun Men Tsui Ti building, which includes an inn, was left leaning at a steep angle after the third floor down collapsed.

Rescuers believe that at least 88 people are still trapped inside damaged buildings, including 56 people in the Yun Men Tsui Ti building, a large commercial-residential complex.

TV footage showed rescuers pulling a man out of the Marshal Hotel, which the head rescuer said showed no signs of life. Soon after, another hotel worker trapped in the same building walked out of the rubble looking shaken. 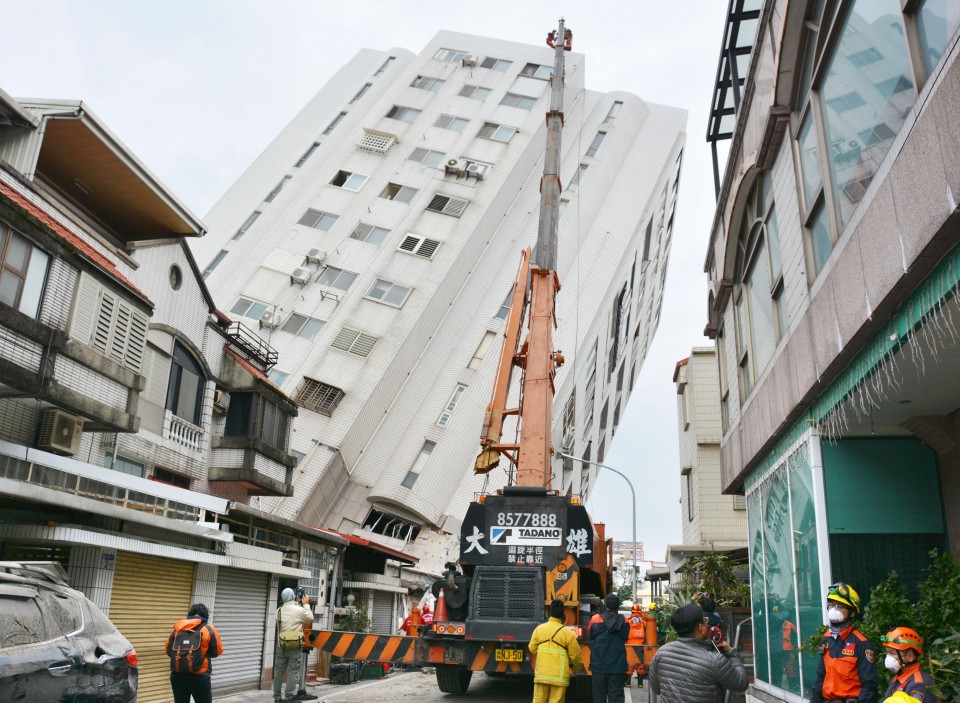 As multiple aftershocks continued to strike the area, President Tsai Ing-wen and Premier William Lai arrived in Hualien in the morning to survey the damage.

Sections of the Suhua Highway connecting Ilan and Hualien counties were severely damaged. Cracks appeared on bridges and roads, leading to closures in some cases. Damage to gas pipes was also detected.

More than 35,000 families have been left without fresh water and about 150 families do not have electricity.

Over 90 separate smaller quakes had been observed since Sunday in Hualien.

The Hualien county government announced that there will not be any classes or work on Wednesday. 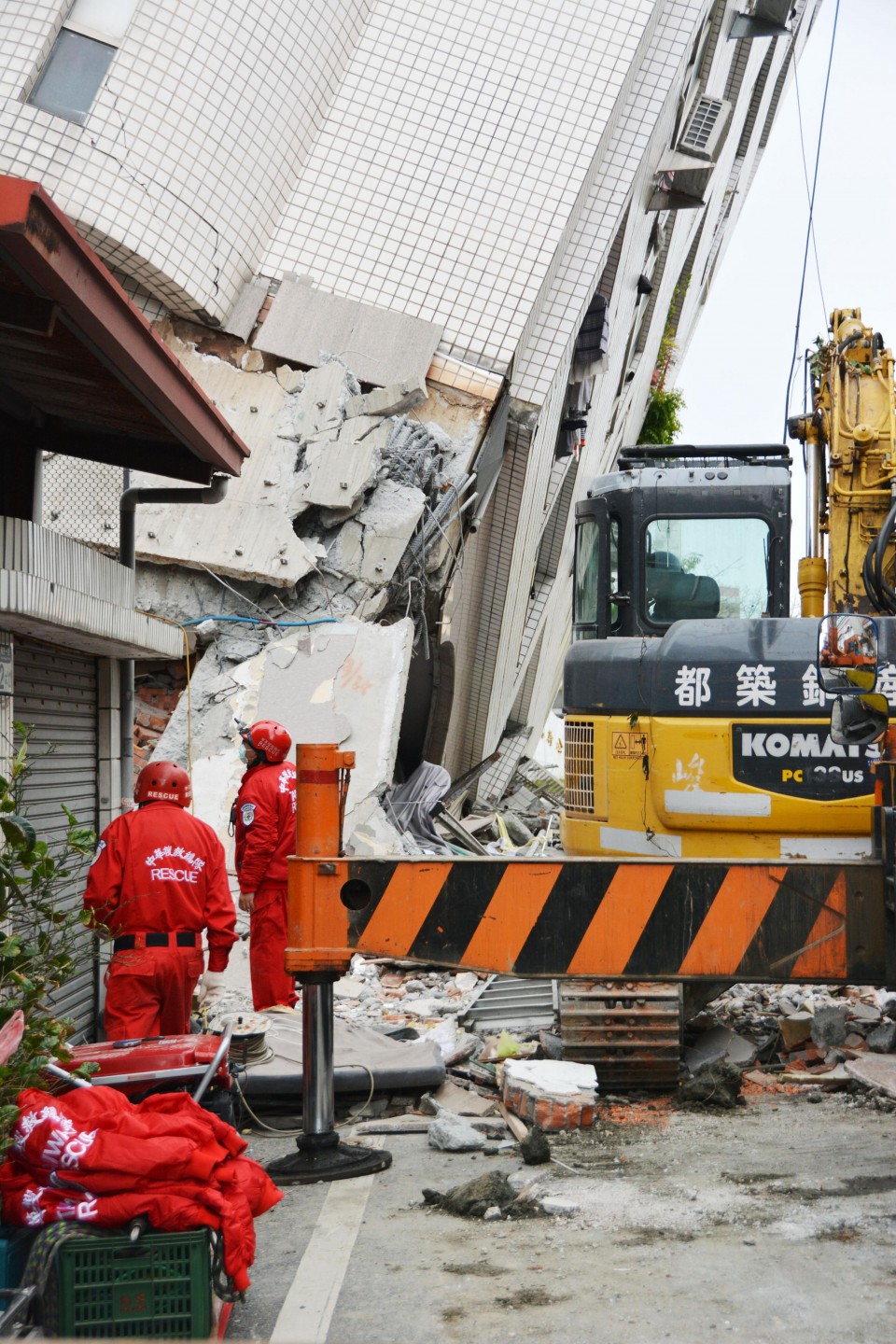 Among the injured were 31 foreigners, including 14 South Koreans, nine Japanese and at least two Chinese travelers, one of whom is in critical condition, authorities said.

On the same day in 2016, a magnitude 6.6 quake hit Tainan, southern Taiwan, in the predawn hours, killing 117 people, including 115 from the collapse of a 16-story apartment complex in the downtown area.

A magnitude 7.7 temblor hit the central county of Nantou in September 1999, killing more than 2,400 people.