Part from U.S. military Osprey falls off, found in Okinawa

A part from a U.S. military Osprey transport aircraft was found drifting near an islet in Okinawa Prefecture on Friday, police and the Defense Ministry's local bureau said.

The semicircle object was confirmed by the U.S. Marine Corps as an engine air inlet part that had fallen off the tilt-rotor aircraft while it was flying over the sea. It weighs about 13 kilograms.

The incident follows a series of accidents and emergency landings involving U.S. Marine Corps aircraft based in Okinawa, which hosts the bulk of U.S. military facilities in Japan. The prefectural government demanded that the Marines keep Ospreys grounded.

The Osprey that lost the part belongs to U.S. Marine Corps Air Station Futenma on Okinawa's main island. A resident found the part drifting in the sea near Ikei Island, east of the main island, on Friday morning and retrieved it.

Defense Minister Itsunori Onodera told reporters in Tokyo he believes the U.S. military may have known about the situation Thursday, as the Osprey in question had landed at the Futenma base that day.

Onodera expressed disappointment over what he sees as a delay by the U.S. military in reporting the matter to the Japanese side. According to the local authorities, the object is 100 centimeters by 70 cm. 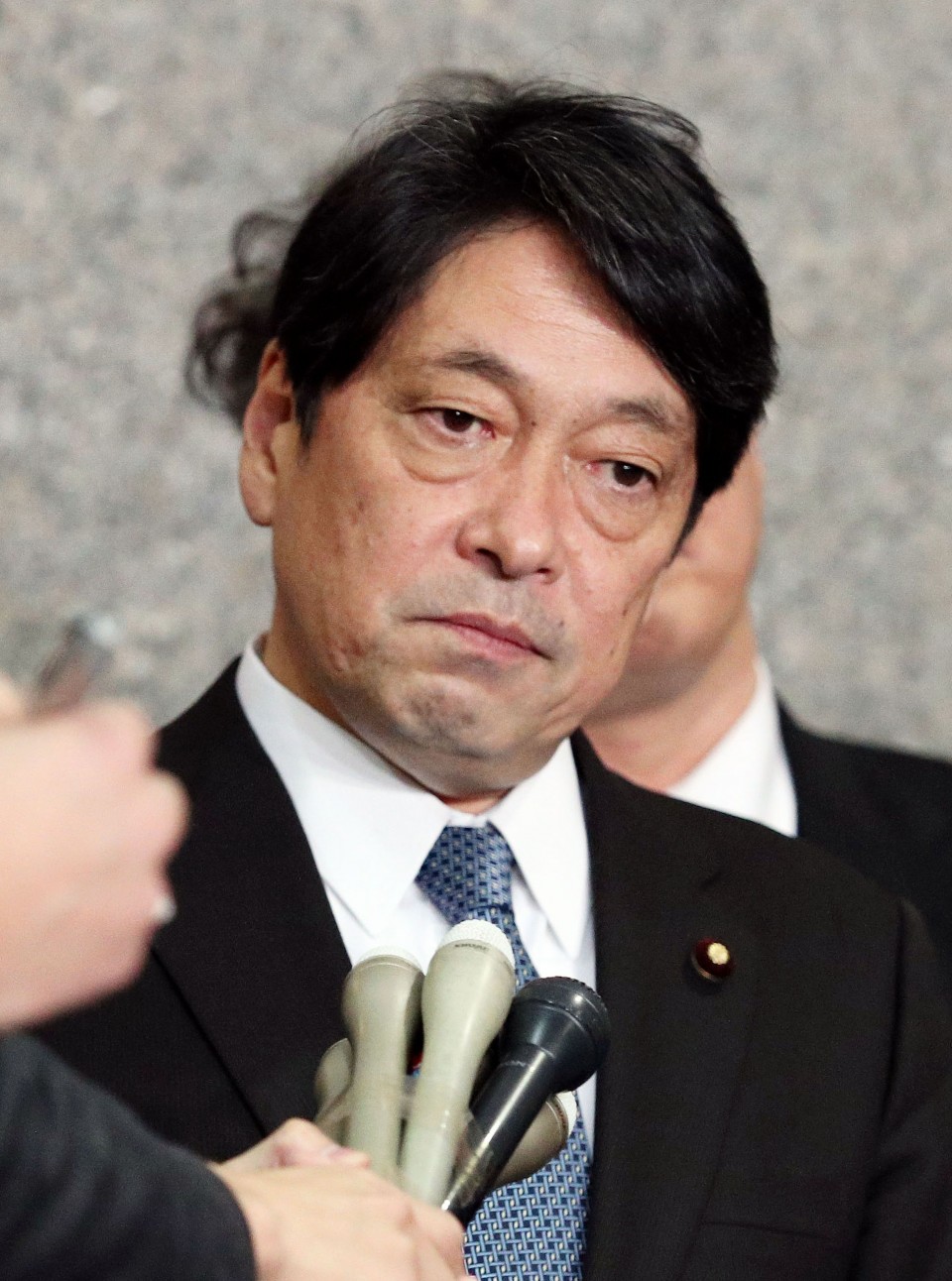 Later in the day, the U.S. Marine Corps admitted that its unit had reported on Thursday that it lost an Osprey part.

Masanori Tamaki, a 61-year-old head of the Ikei residents' association, said, "The same thing will happen again and again as long as our airspace is controlled by the U.S. military. Is Japan really an independent state?"

The frequency of the problems involving U.S. military aircraft in Okinawa is fueling anger among local residents.

A windowthe fell off a CH-53E large transport helicopter in December as it was flying over an elementary school just outside the Futenma base, while another Futenma-stationed UH-1 helicopter made an emergency landing on a sandy beach on Ikei Island in January.

Ospreys, which take off and land like helicopters but cruise like planes, are also unpopular in Okinawa due to their noise and record of accidents in and outside the country.