"Without being swayed by (North Korea's) smile diplomacy, Japan will firmly coordinate with (the United States and South Korea) toward the ultimate goal of denuclearizing the Korean Peninsula," Kono told reporters in the Brunei capital Bandar Seri Begawan, a day after a meeting between South Korean President Moon Jae In and North Korean leader Kim Jong Un's sister and special envoy Kim Yo Jong.

North Korea conducted a military parade "on the eve of the opening of the Pyeongchang Winter Olympics as if to show off its missiles. Its intention regarding nuclear and missiles development has not changed," Kono said. 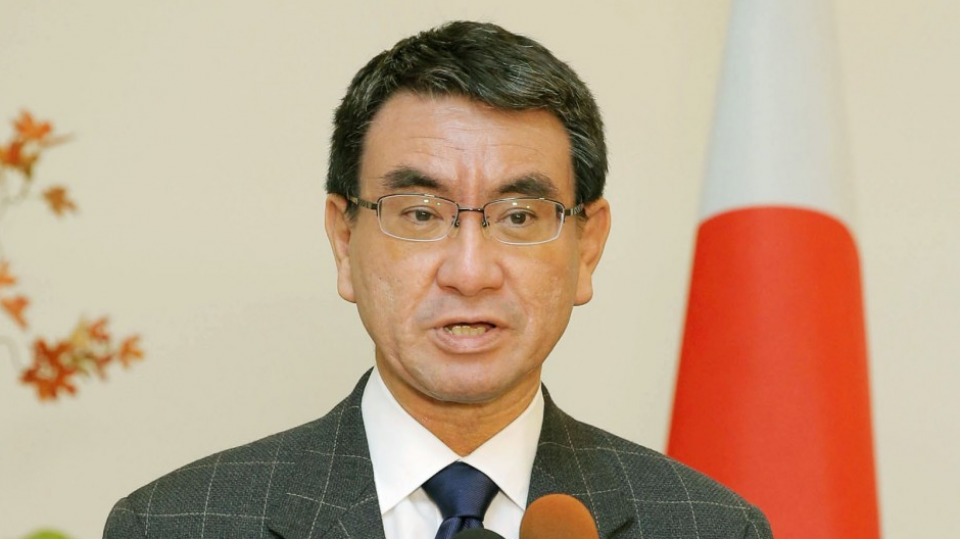 In her meeting with Moon, Kim Yo Jong, part of North Korea's high-level delegation to the Winter Games' opening ceremony, delivered a letter from her brother and invited the president to visit the North, the presidential office said Saturday.

Japan has been concerned that Seoul's conciliatory stance toward Pyongyang could endanger trilateral cooperation with the United States to boost pressure on North Korea to compel it to give up its nuclear and missile ambitions.

During the talks, Kono stressed the importance of Brunei's cooperation in the "free and open Indo-Pacific" strategy, pursued by Japanese Prime Minister Shinzo Abe.

Erywan responded by saying Brunei will deepen its understanding of the strategy by cooperating with Japan, according to the Japanese Foreign Ministry.

Under the strategy, Japan is seeking to ensure a rules-based order in a wide area stretching from East Asia to Africa in an apparent bid to counter China's rising clout in the region.

Kono's visit to Brunei was the first by a Japanese foreign minister in five years. Brunei, a member of the Association of Southeast Asian Nations, is the body's coordinating country for Japan.