At least five people died in prefectures facing the Sea of Japan and elsewhere as heavy snowfall hit the areas Monday due to a strong winter pressure pattern, according to a Kyodo News tally.

Sea of Japan coastal areas are expected to continue to see heavy snow through Tuesday, with the Japan Meteorological Agency warning of avalanches and traffic disruption.

In Niigata Prefecture, a 90-year-old farmer was found dead in the city of Tokamachi in the morning after apparently falling into a snow-covered drain. A 62-year-old woman was also found to have drowned inside a drain in the city of Nagaoka after going out to shovel snow, according to local police.

A 78-year-old man in Nagaoka also died after breaking his neck. He is believed to have fallen from the roof of his house while removing snow, the police said. 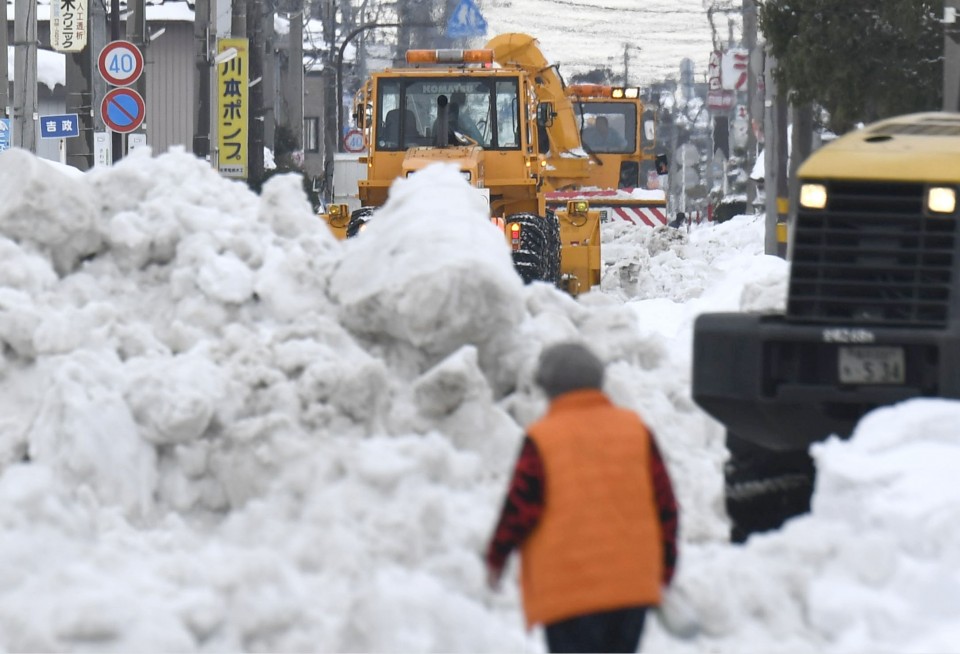 Fatal traffic accidents due to the snow were also reported in Fukuoka Prefecture in southwestern Japan and northeastern Miyagi Prefecture.

By 5 p.m. Monday, the city of Fukui saw 92 centimeters of snow, five times more than an average year, while the cities of Toyama and Niigata marked 52 cm and 24 cm of snow, respectively.